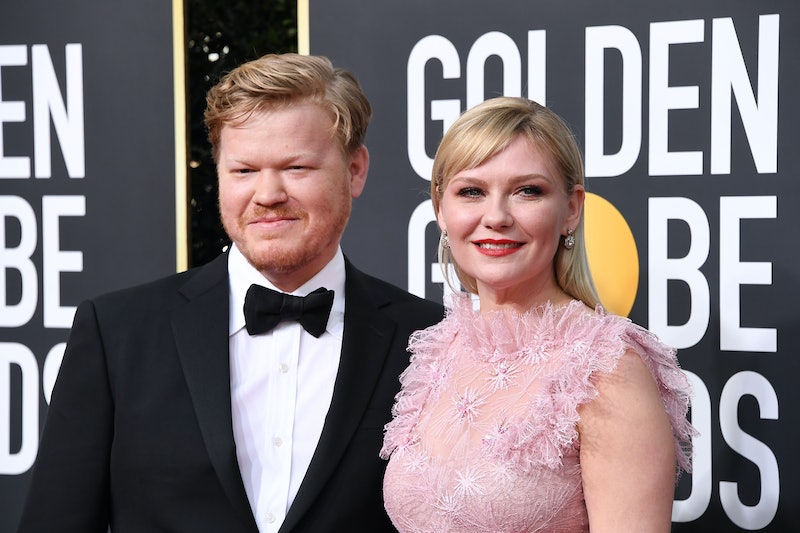 Marie Antoinette has reason to let them eat cake: Kirsten Dunst is pregnant! As announced by W Magazine on Tuesday, March 30, the actor is expecting her second child with her partner, former Fargo co-star Jesse Plemons. Dunst revealed the news in a new photoshoot for the publication’s Directors Issue, shot by her longtime collaborator Sofia Coppola, where she shows off her undeniable baby bump.

The Marie Antoinette star didn’t comment on the pregnancy herself, keeping details like the baby’s sex and due date under wraps for now. However, she did joke that her baby bump made her glamorous cover shoot... much less glamorous, indicating that she’s pretty far along. “Every shot was on the floor,” she explained. “I was like, ‘I can’t get up.’ I felt like Urkel.”

Dunst and Plemons are already parents to two-year-old son Ennis, who they welcomed in May 2018. Oddly enough, Dunst’s latest pregnancy announcement has sentimental ties to her first one. Dunst revealed her first pregnancy in a lookbook for Rodarte’s Fall 2018 collection, cradling her baby bump. She’s also wearing a custom Rodarte dress on her W cover, meaning the brand has played a huge part in both of her announcements. Designers Kate and Laura Mulleavy are good friends with Dunst, and have dressed her many times in the past.

Dunst met Plemons in 2015 on the set of Fargo Season 2, where they played a married couple who became embroiled in a criminal cover-up. Their onscreen roles would end up becoming a sign for their real lives. Dating rumors first spread in early 2016, and they got engaged a year later in January 2017.

In a September interview with The New York Times, the couple told the story of how they fell in love, explaining that they only started dating a year and a half after production had wrapped. Plemons said they formed an instant connection on set even before they began dating, saying they would stay up late to run lines. “I knew that she would be in my life for a long time,” he explained. Dunst said they bonded over their shared experience of being child actors. “We laugh about the fact that we were two child actors,” she said, “and we both made it out OK.”