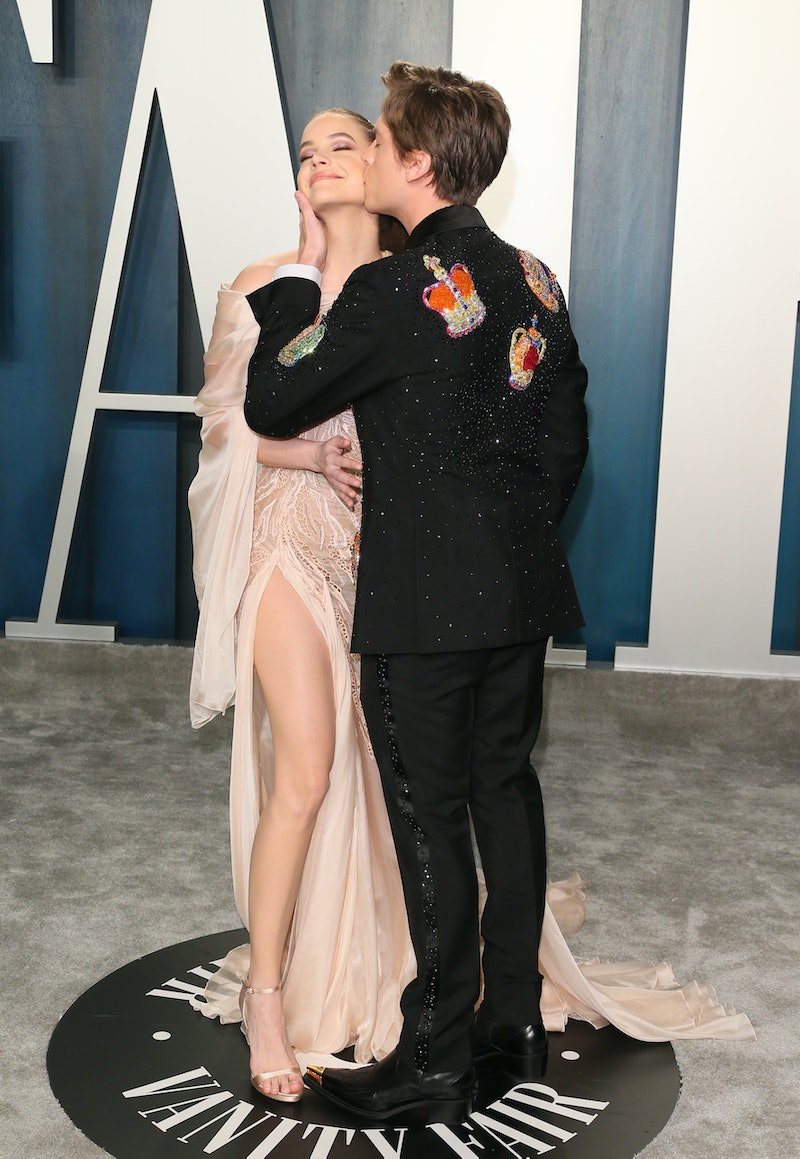 Archie Andrews has finally settled down — in real life, that is. Riverdale star KJ Apa started dating Clara Berry, a French model, sometime in early 2019, and their relationship timeline proves how quickly they fell in love. In the nearly two years since they became an item, the couple has already welcomed their first child, adding another Riverdale baby to the family after Apa’s co-star Vanessa Morgan gave birth in January 2021.

At first, Apa and Berry kept their relationship so private that fans were caught off-guard when their pregnancy was announced. Now, the couple is arguably too open online, going as far as to post a video of Apa drinking Berry’s breast milk, which distracted from the fact that they might already be married. While their exact relationship status is currently a mystery, their timeline proves that these two fell head over heels for each other and are not shy about it online.

It’s not publicly known exactly when Apa first met Berry and they started dating. However, fans noticed in December 2019 that Apa and Berry were constantly liking each other’s posts on Instagram. When Apa told Wired in a video interview that he was “very much in love” with someone special, fans speculated that Berry was the object of his affection.

As reported by Seventeen, on Feb. 4, Apa made his relationship with Berry Instagram official by posting a blurry candid picture of him kissing the model, captioning the post “coup de foudre,” a French saying that’s often used to describe to “love at first sight.” However, he seems to have quickly regretted going public, as the post was swiftly deleted, and both of them refrained from posting about one another on social media again for months.

August 2020: KJ And Clara Hide Nothing

After quickly deleting their romance-confirming post, Apa and Berry kept quiet about each other for several months. But when they were ready to publicly proclaim their love again, they hid nothing — literally. On Aug. 19, the actor posted a slideshow of his girlfriend posing fully naked while hanging on a rooftop with a scenic view (aside from Berry herself). “There’s nowhere else,” he captioned the post.

To mark Berry’s 28th birthday, Apa posted a sweet mirror selfie of the two hugging on his Instagram story. “Happy Birthday my love,” he wrote, making it clear that he was taken.

While it’s still not known exactly when they started dating, Berry commemorated (at least) one year with Apa on Jan. 2, sharing a sweet portrait of her gazing into Apa’s eyes — and holding her dog, most importantly. “This year with you baby was unreal,” she captioned the Instagram post. “I love you unconditionally, without control and with all my heart.” She ended her possible anniversary post by writing, “Fwemos muchos heapsos,” and no one seems to have a clue what it means.

While they didn’t commemorate Valentine’s Day online, Apa did reveal in February he’d taken the next step in his relationship: He’d made Berry his screensaver.

Surprise! On May 19, Apa and Berry revealed that they were expecting their first child. The Riverdale star made their announcement very subtly with a caption-less Instagram post, sharing a photo of the couple casually chilling on the couch with his girlfriend’s bump in full view. Berry, however, was much more blunt with her announcement, sharing a series of candid pregnancy photos, with her midsection exposed in her comfy Fendi getup.

On June 17, Berry celebrated Apa’s 24th birthday on Instagram by sharing sweet candid photos of her baby daddy on Instagram, including a sweet pre-baby bump snapshot of Apa holding her stomach while posing atop a hill. She captioned the post in her native French, writing, “C’est l’anniversaire de mon amoureux,” which translates to “It’s my lover’s birthday.”

Baby makes three! On Sept. 26, Berry announced the birth of her and Apa’s first child, a son named Sasha Vai Keneti Apa. “He is a perfect perfection,” she wrote on Instagram, sharing a photo of their baby clutching her hand. “I am the luckiest to have now two men of my life, filling my heart with this cosmic gigantic vast love.”

Oddly enough, Apa actually welcomed two babies on the same day. After Berry made the announcement, Apa confirmed in an Instagram video that his son was born on the same day that his first album, Clocks, was released, on Sept. 23, 2021, remarking that the baby was healthy and Berry was “doing amazing.”

Clearly, Apa and Berry have nothing left to hide. On Oct. 25, over a month after son Sasha was born, the actor posted a video of him putting Berry’s breast milk in his coffee and drinking it out of the mug as if that were completely normal. Many fans were so shocked that they didn’t even realize Apa called Berry his “wife” in the caption of his Instagram post. “My wife is a milk machine and I love it,” he wrote. Berry responded in the comments section, writing, “Happy to feed my family,” without calling him her husband in return.

Berry and Apa have still not confirmed an engagement or marriage, nor have outlets reported that they secretly got married. Apa could just be referring to Berry as his wife given that their newborn has made them a full-fledged family. But for all fans know, the actor may now not-so-secretly be a married man.