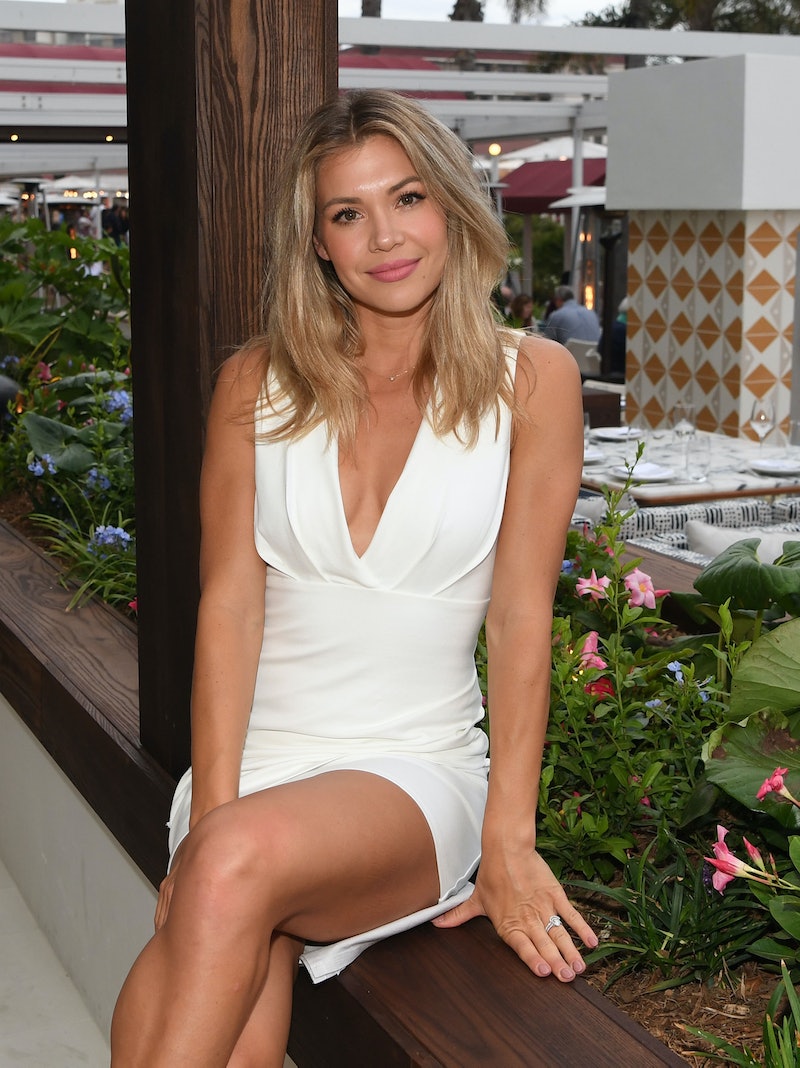 Bachelor Nation is about to gain a new member — and a very tiny one at that. Bachelor In Paradise star Krystal Nielson is pregnant with her first child. The Bachelor alum announced the news in a YouTube video posted to her channel on Wednesday, Nov. 11, revealing that her baby with new boyfriend Miles Bowles is due in April.

The couple discovered the big news back in August when Krystal took a pregnancy test, a moment which was documented and shown in the video. "That would be so bananas if I was pregnant," Krystal said at the time. "If I saw a no I'd be relieved. And I'd be like, 'OK, not yet. Still not time.' I might go make myself a skinny margarita to be honest. And if it's a yes, I'm gonna freak out. I'm going to freak out."

When the test came back positive, Krystal burst into tears, saying, "I have a baby inside me. Oh my god." But she didn't freak out as much as she initially expected, as she told Miles while lying in bed. "I don't really feel too scared because I just feel that this will line up," she said. "I just feel excited for how it's all gonna happen."

Krystal first appeared on Arie Luyendyk Jr.'s season of The Bachelor in 2018 before moving on to Bachelor In Paradise. During her stint on the spin-off show, she fell in love with Bachelorette alum Chris Randone. The pair eventually got married in an on-camera wedding that aired during BiP's sixth season in June 2019. Ultimately, though, they divorced after just eight months of marriage in February 2020.

The news of her pregnancy comes shortly after Krystal and Miles became Instagram official in October. The reality star confirmed that she had moved on with a new flame in an Instagram post on Oct. 7. "I've learned this year to lean into love...To let go over the constant anxiety over what people think of me...And to stop putting MY life, and the things that me make ME happy, on hold," she wrote. Now, Krystal is fully focused on expanding their family. "I'm feeling so anxious and excited and nervous," she said in her video announcement. "I can't wait to fill my heart with so much love and creating little pieces of me into this world. And teaching them to love and teaching them the love I never had."