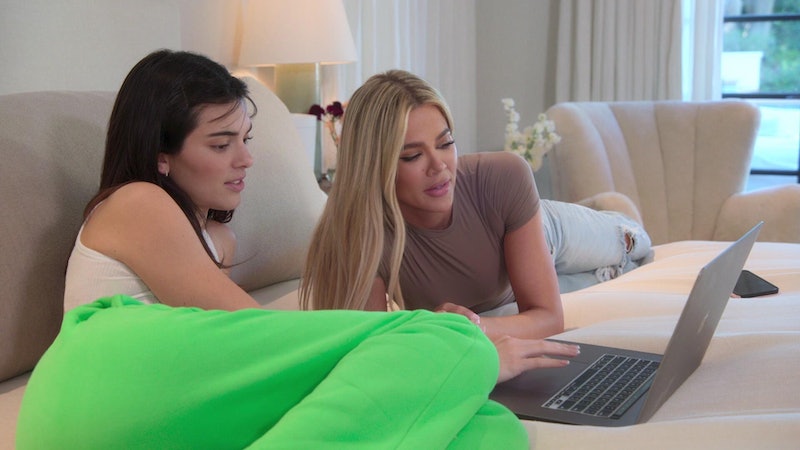 On the Sept. 29 episode of The Kardashians Season 2, which travels back six months after last week’s season premiere, Kylie Jenner welcomed her second child with Travis Scott. In the episode, Kylie still refused to reveal her son’s name. Shortly after he was born in February, it was reported that the couple had named their son Wolf Webster, but just days later, Kylie announced that Wolf was no longer his name, leaving fans clueless.

Episode 2 of Season 2 opens with Kylie’s mom Kris Jenner frantically leaving the house after hearing that her daughter has went into labor. Kris showed some self-filmed footage from the delivery room, concluding with the sound of her grandson being born. “Happy birthday 2/2/22,” Kylie is heard saying. “I feel like with my second, you just anticipate everything and you know what’s going to happen,” she said in a confessional. “I feel like I was a lot more present this time.”

Kylie’s family was thrilled about the baby’s arrival, especially her mom. “This is my 11th grandchild and I couldn’t be more excited or proud of all my kids and all their kids,” Kris said. “Our family grows every single year.” That fact was a warning for Kendall Jenner, the only one of Kris’ children to not have kids yet. “Although I love my entire family, I love all my nieces and nephews, this is definitely a massive birth control moment for me just because it’s a lot,” Kendall explained. Proving Kendall’s point, Kourtney Kardashian admitted she “had no idea” how many nieces and nephews she had. “Maybe 12?” she guessed.

In a later conversation with her mom days after giving birth, Kylie revealed that she “thinks” her and Travis have landed on their son’s official name. “I mean I’m not gonna announce it yet, because God forbid we change it again,” she clarified, making Kris give a hilarious “Not today” directly to the camera. In her confessional, Kylie said her boyfriend has actually switched names since then, making her hesitant to change the name legally. “Travis actually still changes his name a few times,” she said. “He’ll come back and be like, ‘I really like this name,’ and for the day, he’ll call him that, and I’m like, ‘We can’t do this again.’ I’m waiting for him to just name himself.”

While his name may not be certain yet, Kylie did say that she’s feeling much better post-pregnancy after delivering her second child. “I feel like with your first baby, it’s a shock to see your body change so much,” she told her mom. “This time around, I don’t feel that way at all. Maybe mentally it’s harder, but seeing my body and stuff, I trust the process. I’m way less stressed about my weight and what I look like, and way more into the feminine energy and the fact that I made a baby.”