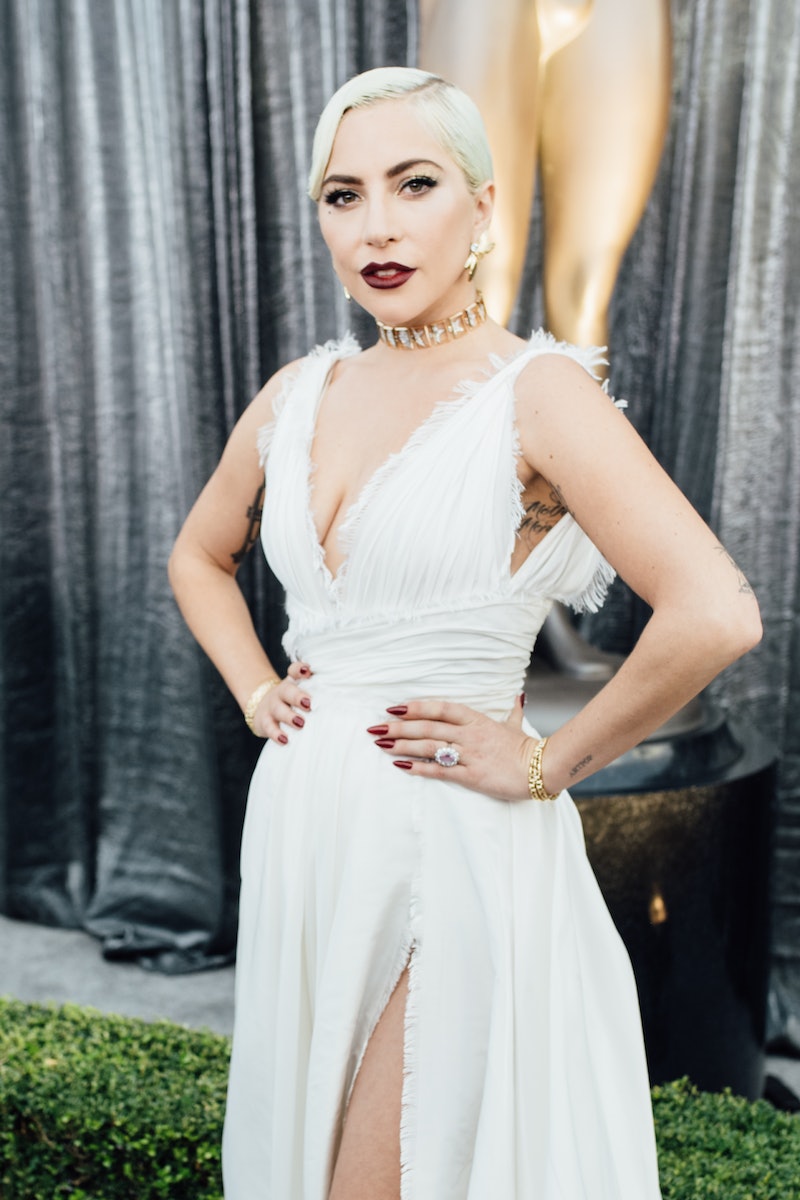 Now that all involved individuals — and dogs — have been reported safe, a witness shared new details about Lady Gaga's dog walker Ryan Fischer's injuries. The Gaga employee was shot as two of her French bulldogs were stolen on Feb. 24 and left critically wounded. On Saturday, Feb. 27, the witness, Carlos Pantoja, opened up about the harrowing ordeal in an interview with People, indicating he was worried Fischer might die from his gunshot wound as they waited for an ambulance.

"We wanted to make sure he was still alive and still able to speak by the time the ambulance arrived," Pantoja told the publication. "At that time we see him fading out and I'm like, 'Hey, wake up.' I'm here touching his leg and trying to find a wallet or something to contact the family. We were making sure Ryan was OK."

The witness also reported that, despite his injuries, Fischer remained concerned about the well-being of Lady Gaga's dogs. "The reason why the news spread out quickly is that we told the police Ryan is saying that these are Lady Gaga's dogs," Pantoja said. "He literally was bleeding out, holding the dog Miss Asia. He's saying, 'Please, please help these are Gaga's dogs. Please help them, please save them.'"

On Friday, Los Angeles police issued a statement on Twitter that Fischer was shot in the chest one time and his condition was "described as being non-life-threatening." Dr. Fred Pescatore, a friend and former client of the victim, reported that Fischer was able to text him from the hospital that he is "breathing on his own," according to People. Pantoja also provided surveillance footage of the shooting to the police, sharing that Fischer "wanted the video out" to ensure Gaga's dogs would be returned.

The two stolen French bulldogs, Koji and Gustav, did indeed make it home. The LAPD reported on Friday that Lady Gaga's dogs had been returned unharmed after an unidentified woman came forward and brought them to the police station. Gaga — who is in Rome shooting a movie — was able to have her representatives confirm the two were her beloved pups. The investigation is ongoing, and it has not yet been determined if Fischer was targeted ahead of time or if the attack was random or spontaneous.

Fischer's family also addressed the incident, telling TMZ that the dog walker would make a full recovery and saying Gaga had reached out. "Of course, we also want to thank Lady Gaga who has shown nothing but non-stop love and concern for Ryan and our family right from the outset," the statement read. "Ryan loves Gustavo and Koji as much as Lady Gaga does."

More like this
Adam Devine Hilariously Let Everyone Know He’s *Not* Accused Cheater Adam Levine
By Brad Witter
Twitter Has So Many Thoughts About ‘Don’t Worry Darling’ After Its Release
By Stephanie Topacio Long
Florence Pugh Reflected On Her ‘Don’t Worry Darling’ Experience On Opening Day
By Brad Witter
Everything To Know About Taylor Swift’s 10th Studio Album, 'Midnights'
By Grace Wehniainen and Jake Viswanath
Get Even More From Bustle — Sign Up For The Newsletter