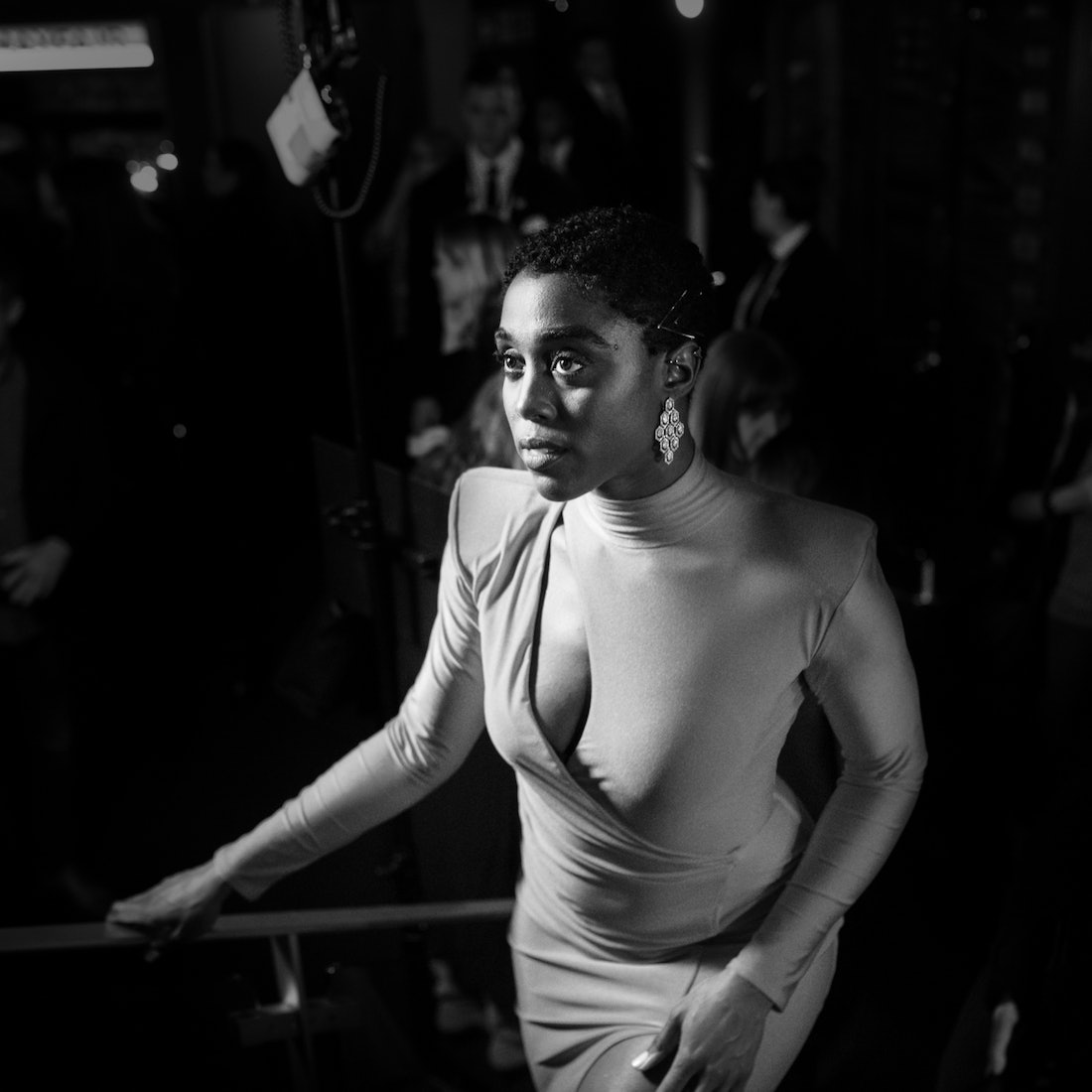 No Time to Die’s Nomi might report to M, but she doesn’t blindly take orders from anyone. With her “mhmm’s,” cropped hair, and a healthy skepticism of authority, the first Black female 007 agent is a modern, even relatable, spy — when she’s not commanding a frighteningly high-tech plane.

Lashana Lynch, the actor behind Nomi, doesn’t shy away from a challenge, either. The Jamaican Brit is well aware of what her casting means for both the James Bond franchise and the larger entertainment industry. It’s one of the reasons why she took the job. “As soon as I take [the focus] away from me, it becomes we,” the 33-year-old tells Bustle. “That’s the most important thing for women, young women, and my culture. That’s before I even take the role.”

After working as an actor for over a decade, Lynch had just broken into Hollywood with Captain Marvel when production began on No Time to Die in 2019. Immediately, she assumed an active role in developing every aspect of her character, ensuring that Nomi would feel as real as possible. Now that the film’s in theaters, she’s using her No Time To Die spotlight to call for change. “I need filmmakers and producers to get the archaic thinking out of their heads that Black narratives don’t sell,” she says, noting that Black Panther’s historic success shattered that myth. But representation, she notes, is just one part of the equation. “Whilst my generation and up can still need the boost of seeing us onscreen, I think that we can discuss things amongst ourselves and handle ourselves in a powerful way,” she says. It’s the next generation who might need to be “reminded that what they were born with enables them to be capable of every single thing under the sun.”

Like a few of the characters left standing at the end of No Time to Die, Nomi’s future in the franchise is uncertain. But Lynch isn’t sweating what’s next — she’s just happy to have the film out in the world. “I'm just like, ‘Wow, Nomi’s here.’ Now we get to talk about her,” she says, beaming. “I get to discuss and unpack and celebrate and cheer.” Still, she has ideas should her character return: If given another chance, she wouldn’t ad-lib quite so many zings. “There are a couple sly comments that she made to Bond that now, in retrospect, I don’t think she needed,” she says. “Her power was enough.”

Below, Lynch talks to Bustle about Nomi’s impact, her dream Bond partner, and wigs.

What specific character traits did you help craft to make Nomi feel authentic?

It was important for me to represent a Black woman onscreen with agency who questions things but isn’t incompetent — but also maybe fears being incompetent because she is questioning [herself]. I wanted to flip everything on its head.

When Nomi drives Bond back to his place in Jamaica, it seems like it’ll be a sensual scene, and you take off your wig, revealing your natural hair. Bond says something like, “That’s not the first thing I thought you’d remove.” How did that scene come about?

We had to workshop that moment, actually, on how we were going to reveal her because she’s undercover. How do we take the wig off? How are we going to do the hair underneath the wig? Do we have to stop and reshoot? Fix the hair? She leaves the wig? Does she take the wig? Is the wig going to be commented on? The whole wig thing was a real conversation. And that worked out really, really well. Thank God. We changed it a couple times, and now it’s resulted in being something that you think is going to be, and then it turns into something else very quickly. Which, I think, is really, really clever for the franchise but also nice for me to play as an actor.

Some thought you were going to lead the next James Bond movie. It’s still up in the air, but how do you feel about your future with the franchise and your character’s progression?

It would be nice to explore more of who she is, what her stance is on everything, how she trained, her history, and what in her history has made her become within MI6. That’s important. If it’s not me, I hope another Nomi-like character is able to put her stamp on the franchise, too.

Who would your dream Bond partner be — the Ana de Armas or the Lashana Lynch to your 007?

There’s loads of established actors out there who I, gosh, would be so humbled to work with, but it would be nice for them to position a newcomer into a role that is powerful and is making shifts within such a long-standing franchise. Give the young actors a chance to come through and show what they can do. There’s enough of us to go around, and there’s enough work to go around.

What lasting impact do you hope Nomi has on and Black people who can see themselves reflected in your character?

[For] a young Black girl or mixed-race girl or Asian girl going into politics or into the air force or into medicine, it’s important that we really smash the gender roles and have the conversations about what it means to be in a powerful position in an industry that, one, right now doesn’t seemingly make sense, but also can easily make sense.

My industry is taking leaps, but I’m always reluctant to use the word change because until it’s concrete, it’s reversible. That’s the scary position to be in — someone like me who is constantly thinking about, talking about change, discussing legacy, what it means, shifted a franchise, having a character of agency within a franchise that’s grown so much over the years. But I am always willing to take on being a vessel for something that is outside of me and bigger than me.