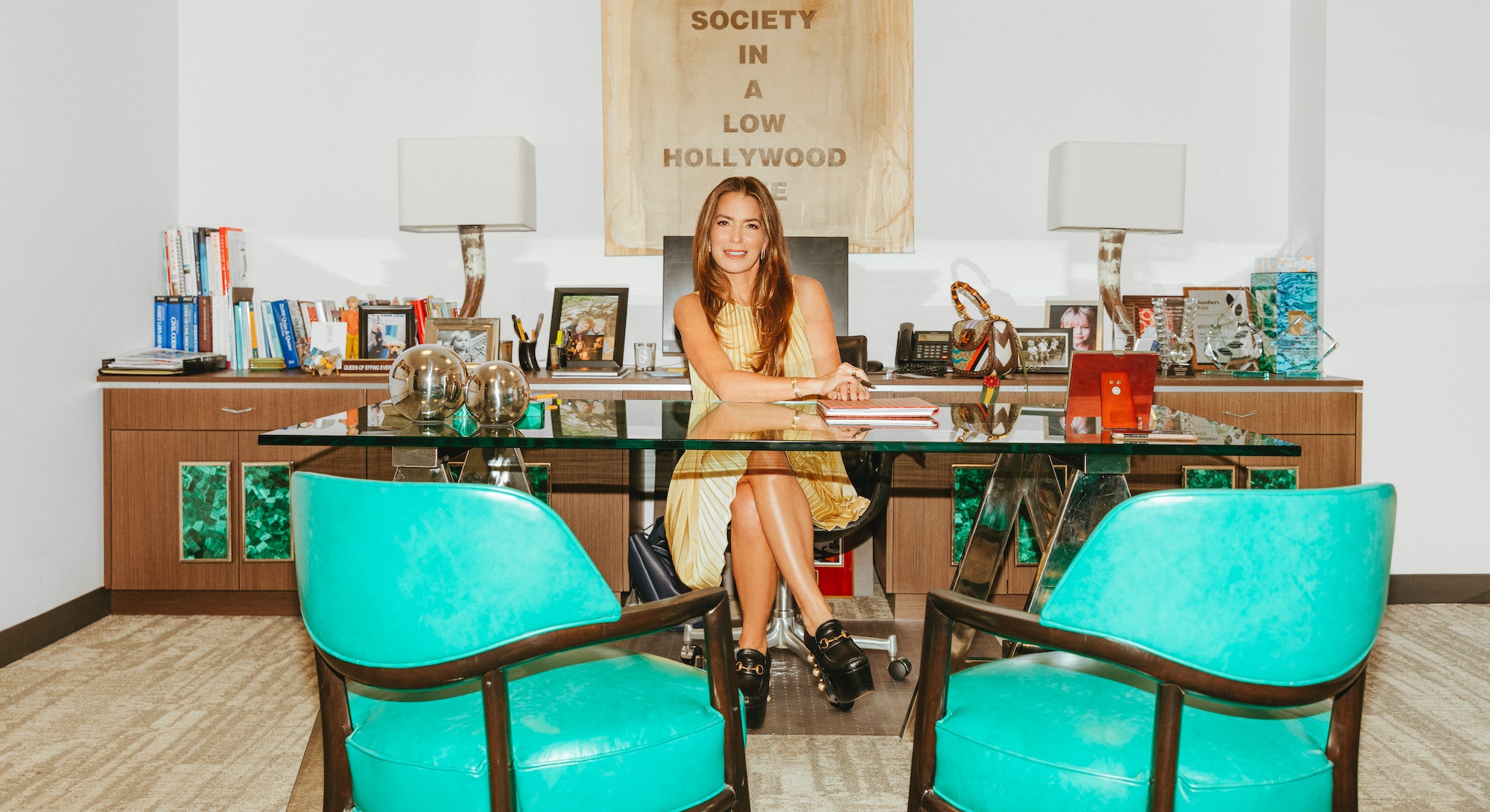 If you’re planning on dissolving your marriage, here’s some free advice from Hollywood’s favorite divorce lawyer: Stay off Instagram. “People use it as evidence [in court],” says Laura Wasser, A-list attorney with clients like Ryan Reynolds, Britney Spears, and Travis Barker. “‘He says he has no money. Look at this picture of him with [dollar] bills…’ During COVID, people were posting pictures of them with their kids at events and then the other parent would be like, ‘We're supposed to be quarantining.’ It's just a great way to figure out what's going on.” It’s an easy enough rule for those of us whose feeds are pictures of our rescue dogs and trips upstate but for Wasser’s clients, social media is how they attract fans, fulfill their obligations to sponsors and studios, and get paid. Thankfully, for the woman who mediated Ben Affleck and Jennifer Garner’s divorce, there’s always a middle ground. “Let's give very vanilla stuff over the next however many months, so that it's not raising eyebrows and creating more attention,” she suggests.

This opinion has only been bolstered by her proximity to what might be the most extremely online divorce of all-time: Kim Kardashian and Kanye West’s. Wasser first filed Kardashian’s divorce papers in February 2021 and has since been by her side for every battle, including the recent ruling that declared Kardashian “legally single.” Yet outside the court system, Kimye’s divorce has also been waged on West’s now-wiped Instagram, where he’s called out his ex for letting their daughter, North, post on TikTok, allegedly excluding him from their birthday party of their other daughter, Chicago, and dating Pete Davidson. Wasser herself hasn’t been spared from West’s tirades, with the rapper including her in a caption that read, “I’m controlling my narrative. I’m raising my kids. Kris, Laura, Kim and Tracy [Romulus] parental alienation is a crime.” When I ask Wasser about the perils of shading your ex on social media at large, she doesn’t shy away from the topic.

“There's no reason that you need to come out publicly and make statements about somebody when you're going through what should be a pretty private thing. I mean, ‘Hi, Kanye West,’” she tells me from her Century City office, where a “queen of effing everything” placard sits atop her desk. “Forgetting my involvement with that, the whole world has watched [and thought] that's probably not the best way to go about things, particularly as a parent.”

The 53-year-old, who TMZ dubbed the “Disso Queen,” began her career by representing herself in her own 1994 divorce. She’d married a “Spanish, Roman Catholic” man in a big wedding at the Hotel Bel-Air when she was 25 and in her second year at Loyola Law School. By 26, they’d split. “I came to my dad's office and said, ‘Yo, I am so sorry that you and mom spent all this money on this wedding but it's not working out. I need to come work here,’” she says. Her father, Dennis Wasser, is a renowned divorce attorney in his own right, and according to Wasser, he wasn’t so keen. “He's like, ‘I'm not doing the nepotism thing.’” Yet Wasser won her appeal, coming to work with her father on a trial basis, and when she was able to expand their book of celebrity business from the stars of yore — prior clients included Mia Farrow and Steven Spielberg — to “younger people that were in bands,” her place on the partner track was secured.

It’s easy to see why rock stars whose marriages were on the rocks took to Wasser. In conversation, she radiates a cool, conspiratorial energy. She’s an LA local, having graduated from Beverly Hills High School, where her father told the New York Times that she “partied with the hot kids.” Her office, where a photograph of a couple swallowed by bed sheets is displayed beside a painting that reads “she was high society in a low Hollywood dive,” feels more grungy Sunset Strip than corporate Century City. It’s also worlds away from the hyperfeminine crying lounge it was transformed into when Laura Dern shot her scenes for Marriage Story at the firm. (Wasser represented Marriage Story director Noah Baumbach’s ex Jennifer Jason Leigh in their divorce and is rumored to have inspired Dern’s divorce attorney character; Wasser has said she knows Baumbach through their kids.)

As Wasser tells me about her dating preferences — for the record, the mother of two is looking for “amazing sex” without “commingling our assets and starting to have the state all up in our business” — I realize how quickly she’s able to cultivate intimacy. I figure it comes in handy when trying to earn the trust of A-listers, but she imagines most of them dread running into her around Hollywood. “They're like, ‘Oh, there's Laura Wasser. She knows everything about me, my sexual proclivities, when I cried about this, whatever.’” Wasser has teased that she knows everything about those she’s employed by, down to how they keep their pubic hair, but says it’s all for good reason. “I need to know what's important to them. Like you never know why the Brazilian was important and it may play out later at some point.”

While she does work to create some boundaries, Wasser still gets weekend phone calls from clients about “a really good date” or how “they went on Instagram and saw their ex in a really nice new car with a hot blonde.” And a handful of divorcés have asked her out. But, she says, “you learn so much about these people, you don't want to date them. There's always that one unappealing thing that comes out at some point during the divorce and doesn't make for good dating.” More often, she says, “If they see me as attractive or something, I'm still asexual to them. Most of them are like, ‘You're hot! I'd love to set you up with my friend.’”

Asked how divorce has evolved over the course of her career, Wasser says that the biggest change has been marriage equality. “Before, if it was two guys that had been living together for 20 years and they split up, and A has to give B half of his money, there's a huge gift tax. Whereas other spousal transfers, no tax.” Social media has had ripple effects, too. Now, in addition to fighting over custody, a child’s internet usage can become a point of contention. “You would tell the judge, ‘I don't want him on TikTok,’” she explains. "The judge gets to decide, ‘Yes, you can be on. No, you can't. Can you put your kid on social media with you in a picture?’"

Not even Wasser is immune to social media drama. On the day that Kardashian’s request to change her marital status was granted, Wasser posted a tongue-out selfie with the caption, “Nice try.” The tabloids were quick to call it a dig at West, but Wasser claims she was subtweeting someone she’d recently gone on a date with. “It wasn't about that. I very rarely post about work. Sometimes I'll say something like, ‘I won today,’ but I never say who it's for,” she says. “I probably shouldn't do social media.”