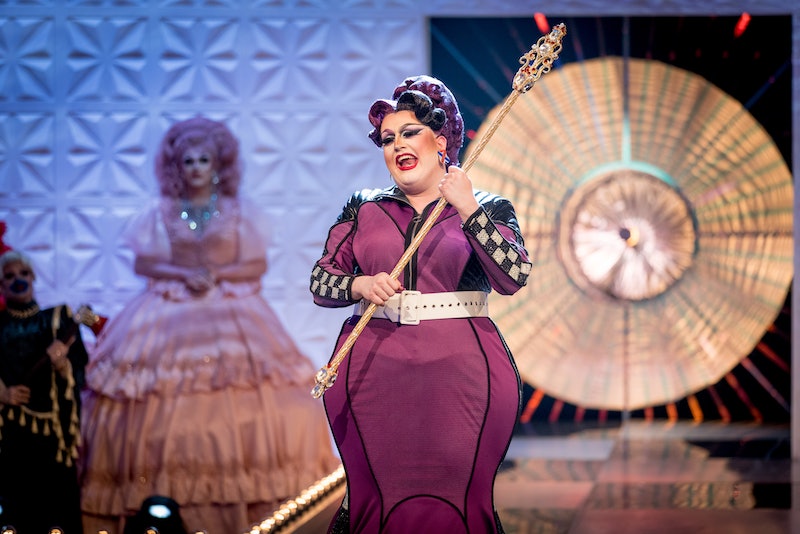 RuPaul’s Drag Race UK season two came to a close last night (March 18) with Glasgow queen Lawrence Chaney crowned the winner, beating out Tayce and Bimini Bon Boulash, as well as fellow Scottish star Ellie Diamond. Over the past few weeks, the final four queens have been getting a lot of attention on social media – some good, some bad, and some downright unkind. But it seems that they all have a few famous friends backing them, including Lawrence and Ellie, who have revealed John Barrowman got in touch to share his support.

The two Scottish queens say Barrowman, who was born in Glasgow, reached out after their Snatch Game performances.

“[T]he one that I’m still gagged at is John Barrowman,” Ellie revealed yesterday to the Radio Times. “[He] messaged me like, ‘Your Snatch Game was brilliant,’ and I was like, ‘Oh My God, thank you so much Captain Jack Harkness!’”

This is the Drag Race x Doctor Who crossover we didn’t know we needed.

And it appears the Torchwood star has been in touch with Lawrence too, as the winning queen told the Radio Times, “He was so so sweet and he wants to support Scottish drag as well, he had no idea that queens were not well paid.”

Speaking about other celebs who have messaged them, Ellie, who impersonated Vicky Pollard for Snatch Game, said “Matt Lucas tweeted me and was like, ‘I think it’s fabulous’, and it was just back and forth, just little funny things here and there, not much.”

While Ellie’s performance received some decent comments from the judges and kept her safe that week, Lawrence faced criticism for her take on legendary actor Miriam Margolyes and ended up in the bottom two. She lip synced against Tia Kofi but was ultimately saved.

Unfortunately, Lawrence (and other Drag Race UK queens) have faced criticism outside the judges panel, too, with many of them experiencing trolling throughout season two. Sister Siter, for example, penned a piece for the Guardian describing the “wall of hate” she faced from online critics.

Lawrence had a similar experience, so much so that she had to close her Twitter account earlier this month after receiving abuse.

Barrowman publicly voiced his support for Lawrence at the time, writing “Abusive trolls who caused @ShadyLawrence to delete her account. You clearly missed the point of @dragraceukbbc and what it stands for; Inclusivity, Pride, Fun, Family, T & a bit of Shade. Online abuse is disgusting & unforgivable. Love Ya Lawrence #pride #Scotland #Glasgow.”

Since the winner of Drag Race UK was announced, all three runners up have shown their love for Lawrence, asking fans to be kind to all the competitors no matter their personal opinions.