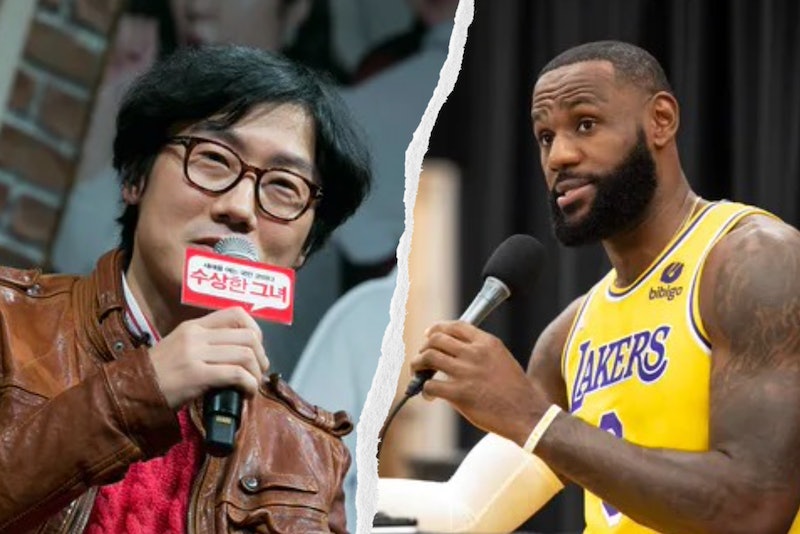 Since Squid Game premiered on Netflix in September, the South Korean survival drama series has taken the world by storm — and that’s an understatement. With over 142 million households viewing the series in its first four weeks on the streaming platform, it’s been a mainstay in Netflix’s top 10 list of most-watched content and even dethroned Bridgerton as its most-watched program of all time. Seemingly everyone has watched Squid Game, including LeBron James, who openly criticized the Season 1 finale during an Oct. 13 post-game press conference and garnered a slightly shady response from creator Hwang Dong-hyuk in a recent interview. Season 1 spoilers ahead.

Speaking about the series with fellow Los Angeles Lakers player Anthony Davis, James shared his thoughts about character Seong Gi-hun’s decision to return to the life-threatening game in hopes of winning a 45.6 billion won prize rather than fleeing to the United States to reunite with his daughter. “I didn’t like the ending, though,” said the 36-year-old basketball player. “I know they’ll start it off with a Season 2, but like, get on the f*cking flight and go see your daughter, bro. Like, what are you doing?”

In an Oct. 26 interview for The Guardian, writer Stuart Jeffries asked Hwang about James’ comments. The series creator reportedly responded with a giggle before asking about the Lakers player’s latest film: “Have you seen Space Jam 2?” (Space Jam: A New Legacy, the sequel to 1996’s Space Jam, was released in July to lukewarm commercial and critical reception.) “LeBron James is cool and can say what he wants,” Hwang continued. “I respect that. I’m very thankful he watched the whole series. But I wouldn’t change my ending. That’s my ending.”

Then, Hwang offered James a challenge — and poked a little fun at his criticism of the Squid Game finale. “If he has his own ending that would satisfy him, maybe he could make his own sequel,” he said. “I’ll check it out and maybe send him a message saying, ‘I liked your whole show, except the ending.’”

Mirroring part of James’ comments, Jeffries noted that the polarizing ending appears to set up the plot for a potential Season 2, which seems likely considering the series’ immense success. On the possibility of a follow-up season, Hwang said, “Of course there is talk. That’s inevitable because it’s been such a success. I am considering it.” However, he hasn’t yet conceptualized a Season 2, and it’s not his top priority at the moment. “I have a very high-level picture in my mind, but I’m not going to work on it straight away. There’s a film I really want to make. I’m thinking about which to do first. I’m going to talk to Netflix.”

Following the publication of Hwang’s interview in The Guardian, James reacted with a tweet, simply writing, “This can’t be real right??!! I hope not.”

More like this
Nicola Coughlan Shared A Lady Whistledown Excerpt From ‘Bridgerton’ Season 3
By Grace Wehniainen, Alyssa Lapid and Sam Ramsden
A New 'And Just Like That' Table Read Pic Confirms A Key Character's Return
By Jack Irvin and Grace Wehniainen
The ‘Emily In Paris’ Season 3 Release Date Is Here, Plus The First Footage
By Bustle Staff
'House Of The Dragon’s Theo Nate Is A “Massive” 'GoT' Fan
By Maxine Harrison
Get Even More From Bustle — Sign Up For The Newsletter