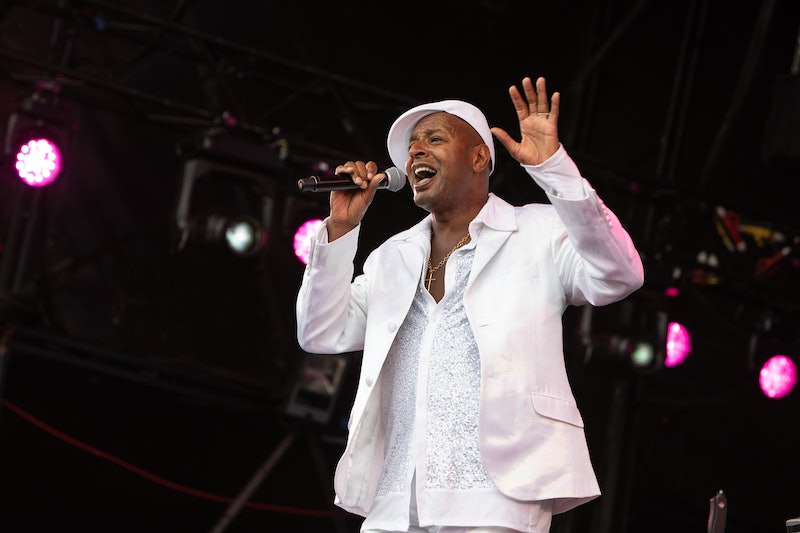 The third instalment of Steve McQueen's celebrated Small Axe film series airs on BBC Sunday, November 29. Red, White and Blue tells the true story of scientist-turned-police officer Leroy Logan, who worked to change racist attitudes from inside the Metropolitan police during the 1980s. After his father was attacked by two policemen, his decision to sign up caused rifts in his family, something with McQueen explores in Red, White and Blue. Alongside Logan's family we also meet one his lifelong friends, but who is musician Leee John, and how did him and Logan meet?

British soul singer Leee John (born Leslie McGregor John) is portrayed by newcomer Tyrone Huntley in the series. The multi-talented musician met Logan at school and found fame in the '80s with his soul band Imagination. John was the band's lead singer and vocalist and Imagination topped the UK charts with a series of hits including their top two single Just An Illusion. As depicted in the film, John was also a guest on Top Of The Pops back in its heyday.

Even now, John continues to enjoy a successful career as a performer and songwriter and still tours internationally (pre-COVID, that is). Most recently he featured on the track The Lost Chord by Gorillaz.

"It's amazing to see someone portraying myself," said the musician during a Youtube conversation with Tyrone Huntley. "It was strange, it's a really unique experience," he beamed during the chat.

John went on to say he was happy with how his mother Jesse – who worked a police liaison officer – was portrayed by Nadine Marshall in the film. "She was very influential in Leroy joining the police force," he explained.

From smirking across the table at family dinners to practicing dance moves, the moments portraying Logan and John's friendship offer some light relief in Red, White and Blue despite that fact that, in the film at least, John is also skeptical about his friend's career choice.

From the looks of things, John and Logan are still great friends. John recently posted a photo of them together enjoying a pre-COVID meal. "Preeeee COVID those were the days," he wrote.