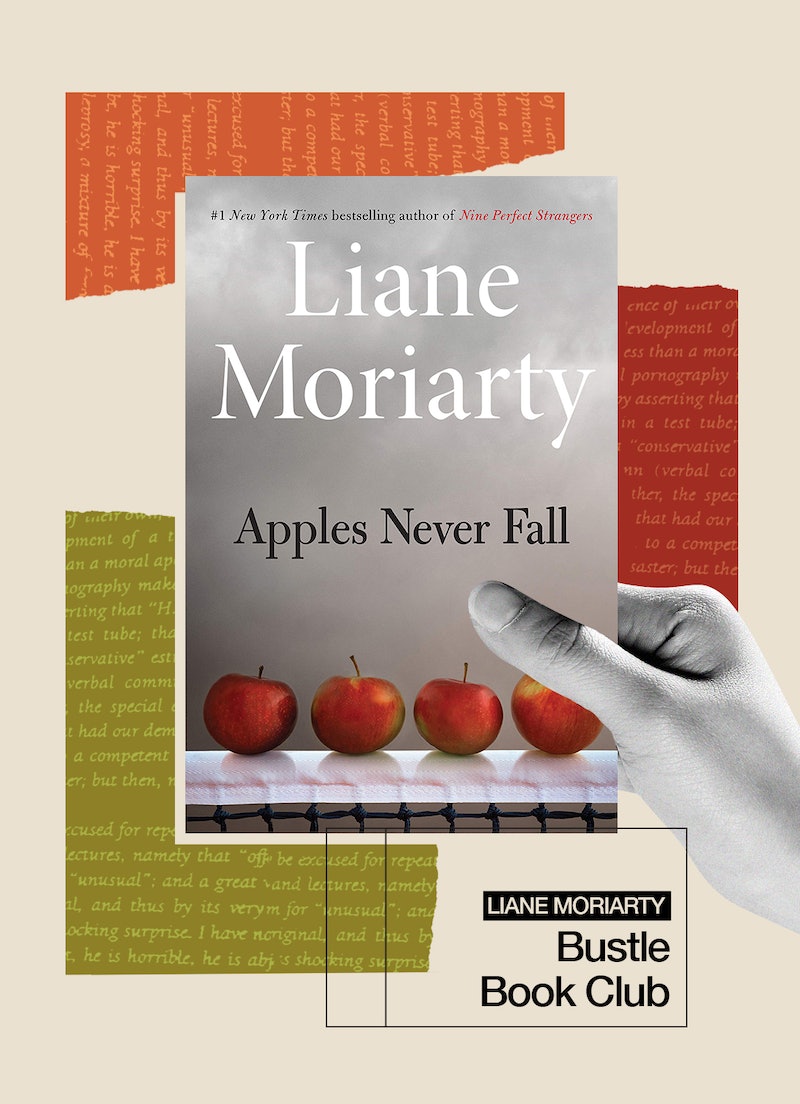 Liane Moriarty still remembers her first publishing deal. She was just an adolescent when her father “commissioned” her to write a novel for him. The advance was only $1, but she eagerly accepted and set to work on The Mystery of Dead Man’s Island — the first installment in what would become a full-fledged trilogy. “It was very much inspired by the English authors that I used to read. I remember I paid a girl at school, [or] asked her, to illustrate for me. So there’s some quite good illustrations in it,” Moriarty, 54 tells Bustle. “The main [takeaway] was that with my dad offering to pay and using words like ‘commission,’ it really validated writing as a job.”

Though the title The Mystery of Dead Man’s Island was a bit of a misnomer — Moriarty says there weren’t actually any dead men in it — the author has since become known for her murderous mysteries, most notably the bestsellers-turned-TV shows Big Little Lies and Nine Perfect Strangers. Her latest book, Apples Never Fall, follows in the same tradition. The novel centers on four adult siblings who are shocked to learn that their mother has gone missing. Two think their father had nothing to do with it, whereas the other two aren’t so sure.

Moriarty first began developing the idea for Apples Never Fall after her sister sent her a writing prompt. “My sister, who’s an author, texted me just two or three lines,” she says. (Two of Moriarty’s sisters, Jaclyn and Nicola Moriarty, are also published writers.) “It was a description of a bike lying underneath the tree with some apples next to it, which became the very opening scene [of Apples Never Fall].” Below, Moriarty reflects on the pleasures of The Hobbit and champagne cocktails.

On revisiting a classic childhood tome:

I’m actually reading The Hobbit right now, because my son’s working on an assignment about it. So I’m rereading that and enjoying it very much. I don’t think I realized when I read it for school how funny it was. I think there’s going to be lots of different essays and things he has to write about it, but for now we’re just reading it together.

On the link between music & sentimentality:

I never get total silence [when I’m writing] because my children are at home doing online learning. I’m not precious about having total silence but I couldn’t have music on. I remember Anne Tyler, who’s my favorite author, saying that if she had music playing, her writing might become too sentimental. I agree with that. Music creates feelings that I’m not necessarily [experiencing]. I think you’ve just got to stick to the story.

On the case for celebratory Champagne cocktails:

[When I finish a book] I go to a particular restaurant near the beach with my family and have a particular signature cocktail. I have two of them. They stopped making them, but they still make a version for me. It’s like a Bellini. I love my Champagne cocktails.

On her ornate glass egg timer:

A friend gave me a beautiful glass egg timer, and [I set it] for 30 minutes. Sometimes, if I’m stuck, I turn it over and say, “I must write for the next 30 minutes without stopping.” That seems to get me going. I’ve got it [on my desk] with a few other little bits and pieces. I have a glass bowl, which I got in Alaska 30 years ago. Right now there are a lot of items from other members of the family [on my desk]. Like notes about The Hobbit.

More like this
Candice Brathwaite Is Over Using Her Own Life For Material
By Shahed Ezaydi
50 Books To Read With Your Book Club
By K.W. Colyard
10 Must-Read New Books Out This Week
By K.W. Colyard
The Biggest Differences Between 'Bullet Train' & The Book It’s Based On
By Arya Roshanian
Get Even More From Bustle — Sign Up For The Newsletter