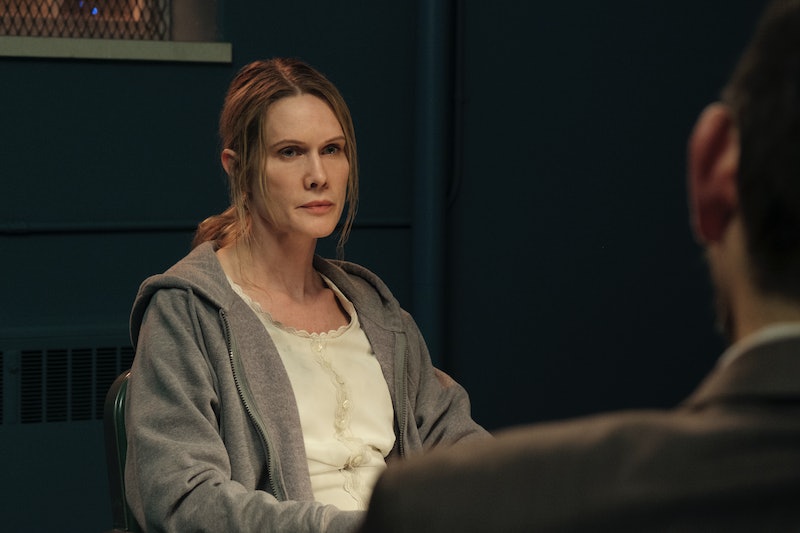 The last in Lifetime’s new “Ripped from the Headlines” movie series is A House on Fire, which tells the true story of Debora Green. Green was a bright Kansas City oncologist whose underlying mental illness led her to torch her home, subsequently killing two of her children who were trapped inside. The film is based on Ann Rule’s best-selling book, Bitter Harvest — but actress Stephanie March, who portrays Green, noted in a recent interview that A House on Fire aims to be more than just a true crime story. Instead, it hopes to bring to light the unaddressed mental struggles and substance misuse that fed Green’s demise.

“Every time we hear about a crime like this, we think, ‘Oh my god, what’s the matter with that woman?’” March recently told New York Live. “It makes them not people.” That’s why she didn’t even read Bitter Harvest, which was published in 1997, while preparing to play the character. “[The fire] happened in ‘94 ... and our attitudes toward mental health and the way we relay a story have changed and become more sophisticated,” she said. “And honestly, I didn’t think the information that was available out there on [Green] was terribly helpful.”

As portrayed in the film and in Rule’s book, Green’s family dynamic crumbled around her jealous relationship with husband Michael Farrar, who was also a doctor. As a result, she often misused alcohol in combination with a variety of medications. She had also contemplated suicide and spent time under psychiatric care, but the news of the fire still came as a shock to those who knew Green as a peer or acquaintance. "[It’s] possible that an entirely different personality — disassociated from the Debora I knew — committed this crime,” Green’s neighbor Ann Slegman wrote in a 1996 Redbook essay that recounted the events. “The Debora I knew would not have killed her children.”

According to The Kansas City Star, Green took a no contest plea deal and is currently serving a lifetime prison sentence on charges of murder, arson, and attempted murder of Farrar by ricin poisoning, which took place after the fire. In 2015, she was denied the request of new sentencing and will not be eligible for parole until 2035.

A House on Fire premieres Saturday, March 13 at 8 p.m. ET and will be followed by a companion documentary called Beyond The Headlines: Mental Health Myths and Misconceptions, which will deconstruct the invisible and often misunderstood nuances around mental illness.

More like this
Here's What Jeffrey Dahmer's Dad Has Said About His Other Son, David
By Grace Wehniainen
Where Is Lionel Dahmer Today? Jeffrey Dahmer’s Father Reflected On The Serial Killer’s Death In 2020
By Brad Witter
Glenda Cleveland Died 2 Decades After Trying To Turn In Neighbor Jeffrey Dahmer
By Brad Witter
Alleged Cult Leader Larry Ray Is Awaiting Sentencing Following His Conviction
By Brad Witter
Get Even More From Bustle — Sign Up For The Newsletter