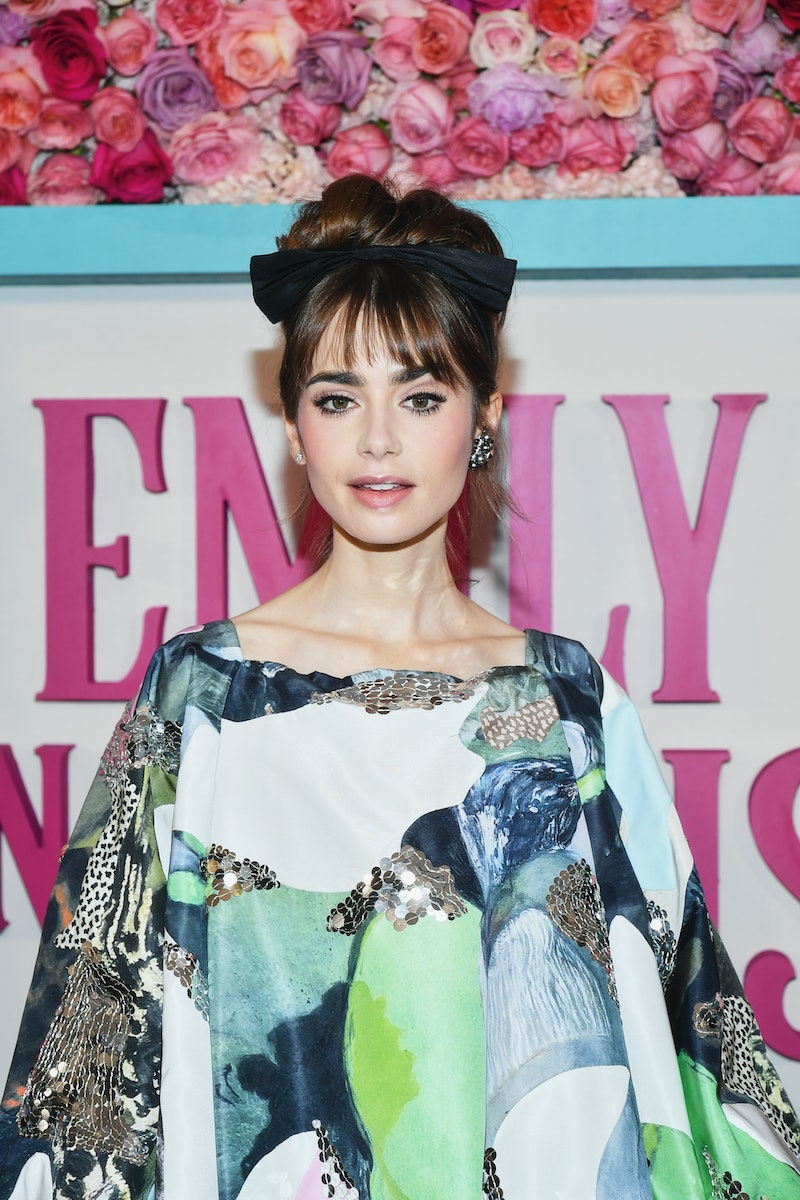 The daughter of Johnny Depp and Vanessa Paradis, actor Lily-Rose Depp, recently reignited an online conversation around nepotism, where she rejected her “nepo baby” tag and credited her acting career so far to independent hard work instead. And now, Lily Collins — the daughter of musician Phil Collins — is the latest celebrity to become embroiled in this conversation.

Ahead of the release of Emily In Paris Season 3, Collins is the cover star of Vogue France’s December issue. “It was out of the question that people would think that I use a free pass thanks to my name,” she told the publication. “I’m proud of my dad, but I wanted to be me, not just his daughter. For that, I was ready to wait to break through.”

“Nepo baby” refers to any star who is born to famous parents and holds inherent cultural capital as a result. Over the years, nepo babies have been widely discussed on TikTok, especially more recently when people discovered that Euphoria’s Maude Apatow was also born into Hollywood’s rich and famous set.

Collins went on to say that she never wanted to be a nepo baby, and spent years trying to break into acting. “By dint of failed castings, I learned to focus more on my work, and I managed to make acting my job. But I’m not resting on my laurels: this environment is very competitive and places are expensive.”

She also added that she never wanted to be a singer like her father because she wanted to pave her own path, and music was doomed by fear of this comparison. “I love to sing. But as I wanted to make my own way, far from the paternal genius, I preferred to be an actress,” she explained.

More like this
Turns Out George Clooney Is A Huge Fan Of This Classic British Game Show
By El Hunt
Everything To Know About The 'Daisy Jones & The Six' TV Series
By Maxine Harrison and Brad Witter
Michaela Coel Has Some *Thoughts* About The Nepo Baby Discourse
By Maxine Harrison
Spencer Matthews’ Impressive Net Worth Expands Far Beyond Chelsea
By Sam Ramsden
Get The Very Best Of Bustle/UK
Sign up for Bustle UK's twice-weekly newsletter, featuring the latest must-watch TV, moving personal stories, and expert advice on the hottest viral buys.