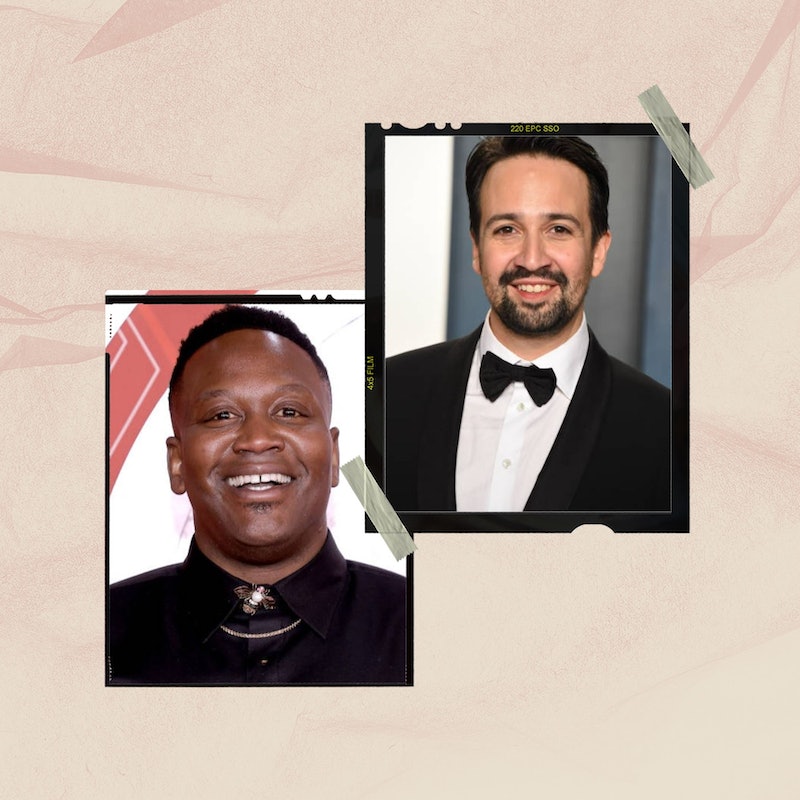 At this point, it should be no surprise that actors could receive backlash from fans when cast for a certain role, but it’s still jarring when it happens. Halle Bailey, one half of the Grammy-nominated singing duo Chloe x Halle, is the latest star to endure racist reactions after she was cast as Ariel in the new live-action Disney film The Little Mermaid, as “fans” took to Twitter with the hashtag #NotMyAriel to show their disapproval when the first trailer dropped.

After Trevor Noah and Keke Palmer previously commented on the backlash, more celebrities are weighing in about the reactions to her casting.

Veteran stage actor Tituss Burgess isn’t surprised by the response related to Bailey’s casting. “You know what? I’m not surprised by anything. We live in America,” the Unbreakable Kimmy Schmidt actor told Page Six at the Hocus Pocus 2 premiere. “It’s a very racist country, it’s a very narrow-minded country, full of mental illness and people who cannot see the forest from the trees. The movie is not made for them; it’s made for people with open minds.”

Burgess also reminded those who have spent time down-voting the trailer, which reportedly forced YouTube to disable the “dislike” button after the video received over 1.5 million dislikes in two days, that the mermaid at the center of the film’s story is not a real person. “It’s fictional!” he said. “She doesn’t exist, so there’s that! [That’s] all the information you need about the people who are feeling cantankerous about it.”

Lin-Manuel Miranda also commented on the fan reactions, drawing parallels to when Brandy was cast as Cinderella in the 1997 remake of the Disney classic. “I’m old enough to remember that being a game-changer for my generation,” he told Variety.

Miranda collaborated with composer Alan Menken to write four new songs for the forthcoming Disney film and supports Bailey as Ariel. “Halle is perfect for the part. She is going to blow them away,” he said, adding that he’s not interested in giving the trolls “any oxygen because I know the lives that are going to be changed [by Bailey’s casting]. If that’s the thing that makes you mad, then stay mad. But examine your choices.”

Bailey herself has been taking the commentary in stride, leaning on her support system to get through it. Bailey’s grandparents compared the treatment to their experiences with racism and discrimination before comforting her with the reminder that this opportunity is game-changing. “It was an inspiring and beautiful thing to hear their words of encouragement, telling me, ‘You don’t understand what this is doing for us, for our community, for all the little Black and brown girls who are going to see themselves in you,’” Bailey told Variety.

That prophecy is already coming true, as the initial trailer drop prompted a flurry of videos of young Black girls reacting excitedly to seeing Bailey in the role. One viral TikTok showed a 3-year-old girl sitting up at the end of the trailer exclaiming, “I think she’s brown!” Bailey shared a compilation of reaction videos on her Twitter writing, “i’m in truly in awe this means the world to me.”

More like this
You Definitely Know The Voice Of Shuri's AI In 'Black Panther: Wakanda Forever'
By Brad Witter
'Avatar 2' Now Has A Teaser Trailer & Release Date
By Jack Irvin and Alyssa Lapid
The 'Love Actually' Reunion Is Missing A Major Player
By Bustle UK
What Jen Shah's Delayed Sentencing Could Mean For The 'RHOSLC' Season 3 Reunion
By Brad Witter and Jake Viswanath
Get Even More From Bustle — Sign Up For The Newsletter