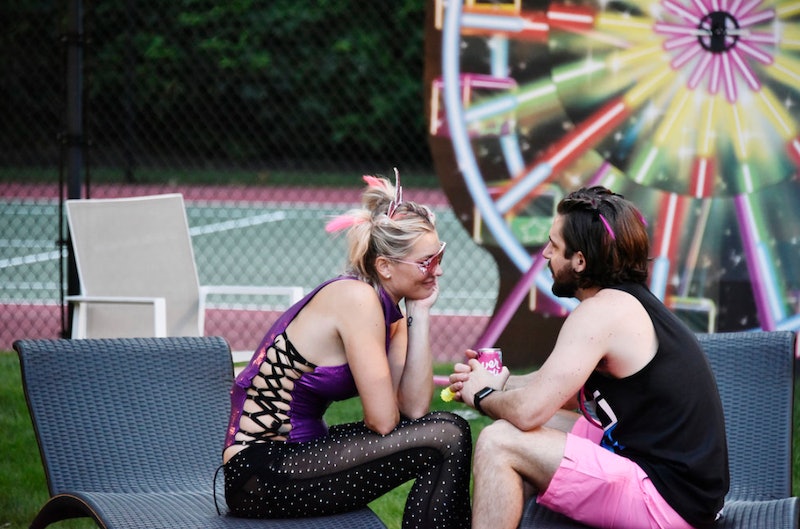 At the outset of Summer House Season 5, Lindsay Hubbard and her boyfriend Stephen are going strong. "I truly do love you," Stephen tells her in the trailer during what looks like a possible proposal. Later, Lindsay says she's "ready for engagement, marriage, [and] babies."

But not long afterward, things take a turn for the worst. In one clip, the couple bickers outside; in another, Lindsay seemingly sneaks away to hook up with castmate Luke Gulbranson. Those events, and likely others we haven't seen yet, all lead up to an apparent breakup: a source told People on Jan. 26. that Lindsay and Stephen had split after over a year together. Neither of the two have commented publicly on their breakup, but they have unfollowed each other on Instagram. They were last seen on each other's profiles in fall 2020. Stephen appeared in a New York City skyline pic with the caption "FALLing" on Lindsay's page in September, and in October, Stephen posted a Walgreens ad featuring Lindsay.

It doesn't appear that either of them are dating anyone new — at least not publicly. But Lindsay did share a cheeky photo with Luke in honor of his 37th birthday. "Oh hey Lucas...Happy Birthday!!" she captioned the picture, in which she's motioning to kiss his cheek at a vineyard.

Now that we know for sure Luke and fellow Summer House star Hannah Berner have called it quits, is it possible he and Lindsay are dating? We'll likely find out in Season 5. Whatever the case, it seems like Luke will be at the center of a lot of relationship drama this season.