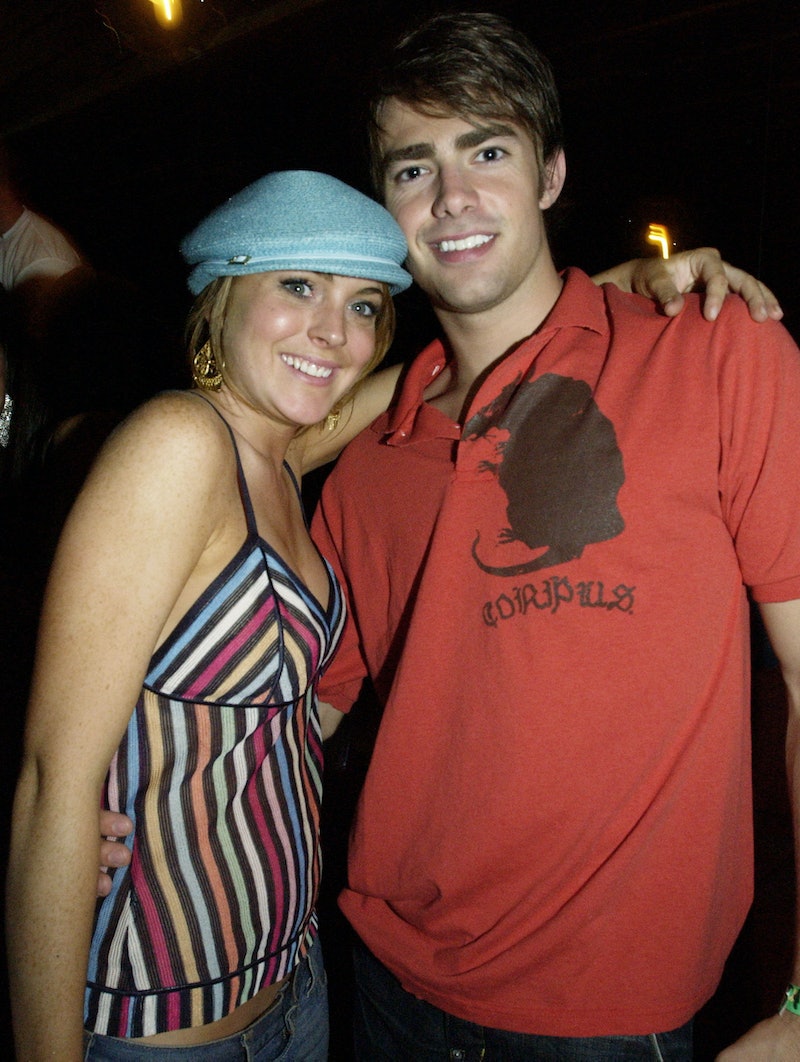 It wouldn’t be Oct. 3 without Aaron Samuels asking what day it is. Mean Girls Day got its usual social media celebration on Sunday, and stars Jonathan Bennett and Lindsay Lohan made sure to join in and spread joy on their 2004 teen comedy’s big holiday. The duo brought back the magic of one of the movie’s most unexpectedly iconic moments, with each writing out their half of Cady Heron and Aaron’s exchange, plus posting multiple Instagram stories.

The two didn’t necessarily coordinate, as Bennett tweeted, “What day is it?” while Lohan used Instagram to write, “It’s October 3rd.” However, Bennett did interact with his former co-star’s post, replying, “What day is it?” in the comments, much to the delight of fans. Dozens commented on his reply, including one who wrote, “It’s this comment for me,” with three tears-of-joy emojis, and another who added, “this interaction is e v e r y t h i n g today.” Still another showed their approval à la Regina George: “Your hair looks sexy pushed back,” they wrote.

The fun didn’t end there. The actors both posted Instagram stories about the Tina Fey-directed movie’s holiday. Lohan used the same movie screenshot she’d posted to her grid, but on her story, she added Mean Girls-themed stickers saying, “It’s October 3rd,” and “It’s so fetch,” alongside the hashtag #MeanGirlsDay. She also shared a story from musician Aliana with a seasonal meme centered on Cady’s scary Halloween costume.

Meanwhile, Bennett shared a story from his fiancé, Jaymes Vaughan, which captured a tweet revealing that Vaughan had been “trying to go to bed” when “TMZ got [him] creepin’ on [his] own fiancé.” Pictured was a tweet linking to “fetch photos of Aaron Samuels” to celebrate Mean Girls Day. Bennett was amused by the post and added, “LOL.” Later, he shared a clip of himself waiting at the airport, and added the text, “And as I sat there on October 3rd, I realized no one else on the planet will ever understand how wierd [sic] it is to be me today…”

Though Oct. 3 may be a bit weird for both Lohan and Bennett, they’ve embraced their Mean Girls past and the movie’s special place in pop culture. Last year, the two were part of the virtual reunion that Fey and Katie Couric orchestrated to highlight that voting is “so fetch.” Bennett has also ventured even further down memory lane, although not specifically for Mean Girls Day; in 2018, he was on board when Ariana Grande wanted to put Aaron Samuels in her “Thank U Next” music video. “It brought me back,” Bennett said to Entertainment Tonight at the time. “It takes you back to that time when life was just simpler.”

By now, the stars of Mean Girls know that throwbacks are always welcome. Grool.