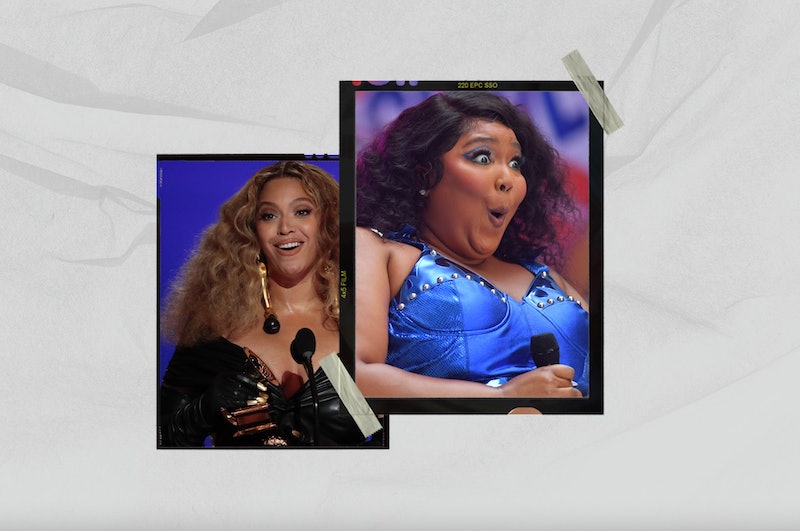 If you’ve been online in the past few months, you’ve probably heard Lizzo’s lead single from her fourth studio album Special — the earworm “About Damn Time.” You’ve at least seen the viral dance craze. Celebrities like Reese Witherspoon, Never Have I Ever’s Lee Rodriguez, and Bretman Rock have all attempted the dance trend. Even Lizzo shared the dance on social media and created a tutorial video. On July 15, the “Truth Hurts” singer released the rest of the album. Its 12 tracks include ’80s-inspired bops and dance-pop songs like “2 Be Loved (Am I Ready)” and “Birthday Girl,” and the album has already received rave reviews from fans and critics.

One music critic even compared Special to an album from one of Lizzo’s idols: Beyoncé. “The music on this album is the most unabashedly joyous, sonically diverse and emotionally profound album put out by a major label since Beyoncé’s Lemonade,” Sarah Grant wrote in a Rolling Stone review of Special, likening the album to the “Formation” singer’s critically acclaimed 2016 project.

Lizzo loved the comparison so much that she posted a screenshot of it on Instagram. “Absolutely sobbing at this review, @rollingstone — I want to thank the incredible artists that worked on SPECIAL,” Lizzo wrote, thanking her collaborators. She also included screenshots of fans’ tweets.

Rolling Stone wasn’t the only outlet to mention the former Destiny’s Child singer in their review. Beyoncé is set to release her seventh studio album, Renaissance, on July 29, just two weeks after Lizzo released Special, and some outlets are saying Beyoncé might have some competition. In a review, Variety wrote, “Let’s just say that Beyoncé has her work cut out for her.”

It’s no surprise that the comparisons made Lizzo emotional. The “Rumors” singer has been a self-described Beyoncé stan. She credited Beyoncé — and her now-disbanded trio — as her inspiration for trying her hand at music in the first place. Speaking to Interview in 2014, Lizzo said, “When I first saw Destiny's Child, I was in the 5th grade, and it made me want to sing and make music.”

Lizzo further spoke about being part of the Beyhive when she joined James Corden in his show’s Carpool Karaoke segment in June. “When I was shy or when I didn't think I was cool and when I was getting picked on, I would listen to Beyoncé in my bedroom and it would transport me. I would feel something. I would feel like my life is going to be better,” she said, adding that Beyoncé’s 2006 album B’Day, in particular, got her through a tough time. “When I dropped out of college and I was really depressed, I listened to B’Day on repeat and I would just sing B’Day all the time. And I was like, ‘I’m going to be a singer, I’m going to be a singer,’” she said.

The flutist named her instrument Sasha Flute, a play on Beyoncé’s 2008 album and alter ego Sasha Fierce. “She has been my North Star,” Lizzo said. “The way she makes people feel is how I want to make people feel with music.” Based on fan tweets, Lizzo’s accomplishing just that. “This new album is the positive vibe I need to cleanse the past two plus years,” @TheDannyRamadan wrote.

More like this
Mariah Carey Is Releasing Her “Lost” '90s Grunge Album
By El Hunt
Everything To Know About Taylor Swift’s 10th Studio Album, 'Midnights'
By Grace Wehniainen and Jake Viswanath
Lizzo Twerks While Playing James Madison's 200-Year-Old Crystal Flute Onstage
By Radhika Menon
Twitter Is Freaking Out Over Rihanna’s 2023 Super Bowl Halftime Show Announcement
By Stephanie Topacio Long
Get Even More From Bustle — Sign Up For The Newsletter