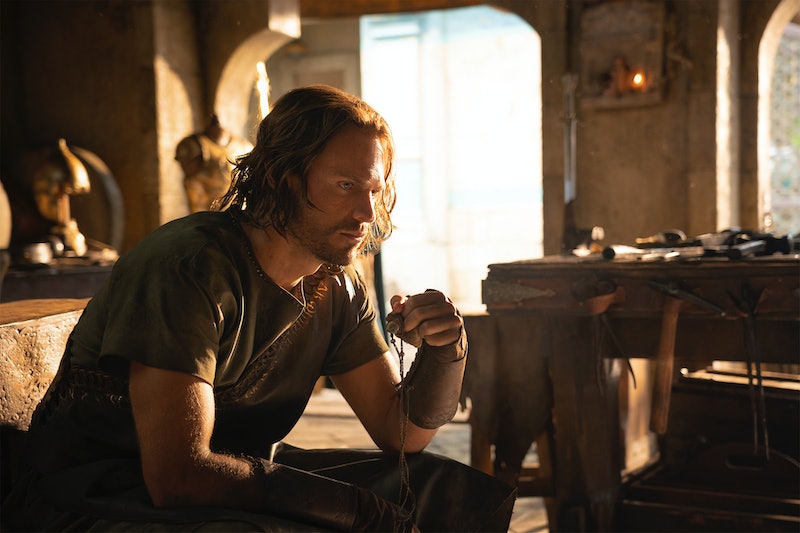 After nearly two years of holding onto updates and teasers, The Lord of the Rings: The Rings of Power dropped Sept. 2 on Amazon Prime. The eight-part series has an extensive cast of well-known actors and also features lesser-known faces like actor Charlie Vickers, who plays the role of Halbrand. But who is this dark-eyed golden boy of the show?

Which movies and TV shows has Charlie Vickers appeared in?

Born and raised in London, Vickers graduated from The Royal Central School of Speech and Drama in 2017. Since then, the 30-year-old British actor has featured in a number of projects, including Netflix’s 2018 period drama Medici: Masters of Florence, in which he played the role of Guglielmo Pazzi, the younger son in the prestigious Pazzi family. He was widely loved for his character through the series’ three seasons.

Vickers also played a part in Rachel Ward’s film Palm Beach, where he worked with actors Greta Scacchi, Richard E. Grant and Sam Neill. In an interview with Looper, Vickers revealed his favourite character from J.R.R. Tolkien’s Lord of the Rings trilogy. “That’s a tough one. I think mine, if we want to get into it, is probably Beren,” he said. “I love Beren’s story, or Lúthien. Maybe Lúthien's my favourite, because she does some really badass stuff.”

Vickers has no official social media presence. Although the actor has a few scattered fan pages, he doesn’t appear to have a personal account on Instagram or Twitter, adding an air of mystery and intrigue to the British actor.

Who is Charlie Vickers dating?

There are no details about Vickers’ relationship status either; the actor appears to be a strong believer in keeping his private life hidden from the public eye — although it’s possible this may change now that the highly anticipated Amazon Prime series has premiered.