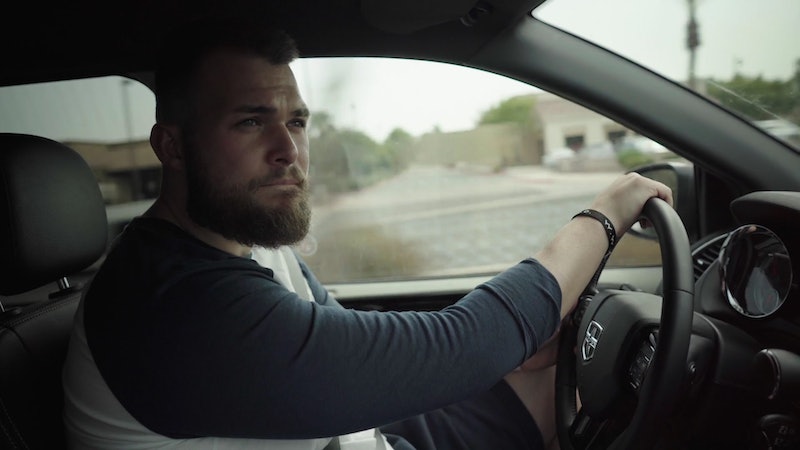 In Netflix’s true-crime docuseries, Sins of Our Mother, Lori Vallow’s surviving son, Colby Ryan, provides insight into his family’s backstory and present-day narrative. Ryan’s mom is awaiting trial on charges of conspiracy to commit murder and first-degree murder in connection with multiple deaths, including her two youngest children, Tylee Ryan, 17, and Joshua “JJ” Vallow, 7. “My mom was just playing every card on everybody,” Ryan says in the trailer, describing his mother’s deception.

Just over a week before Sins of Our Mother’s release, Ryan was arrested in Maricopa County, Arizona, on Sept. 3 for allegedly sexually assaulting his estranged wife, who also appears in the Netflix doc, according to CBS News. Citing a probable cause statement, the news organization reported that the 26 year old and his wife had been living in separate homes for about a month. While watching TV at his wife’s home, they began consensually kissing, but when Ryan’s wife said she wanted to stop, he continued to touch her in a sexual manner, per the statement.

According to police documents, Ryan apologized and slept on the couch, while his wife locked herself in the bedroom. The next day, she recorded a conversation between them in which Ryan admitted to inappropriate touching and “agreed that he ‘raped’ the Victim,” per the documents. Arizona police said that he made a similar admission to them after he was arrested on charges of two counts of sexual assault.

On Sept. 9, the sex crimes charges against Ryan were dropped, according to the Maricopa County Sheriff's Office. Communications Director Jennifer Liewer confirmed to a local NBC affiliate in Idaho that her office filed a motion to dismiss without prejudice, meaning that they can still refile charges in the future. Liewer would not provide additional details, since the case is still considered a “matter pending before the office.”

Before opening up more in the three-part Netflix series, Ryan had already previously spoken publicly about his mother and late siblings. In a 2020 interview with a Fox affiliate in Phoenix, he said that he initially didn’t believe Vallow could have harmed Tylee and JJ, who went missing in September 2019.

“I feel like my mom would die for the kids, so to see this and hear it, and also be questioning why they're not being found, that's where this all comes into a battle into what you think and what you feel,” Ryan said at the time. Though Vallow made excuses about Tylee and JJ’s whereabouts, he knew something was wrong when police showed up just before Thanksgiving 2019 asking him questions about his siblings.

“I called my mom and I’m like ‘Two detectives just came to my door, what is going on?’ And she said ‘I got it, I'll take care of it... Love you and that was it,” Ryan added.

By February 2020, police located Vallow and her new husband, doomsday author Chad Daybell — who Ryan said he never knew existed — in Kauai, Hawaii. “I’m done. I’ve been done the day that I saw them without the kids walking around Hawaii," Ryan said. “That was it.”

The children’s bodies were later found buried on Daybell’s property in rural Idaho in June 2020. Vallow and Daybell are currently scheduled to stand trial in January for their murders, as well as the murder of Daybell’s former wife, Tammy Daybell, who died unexpectedly just weeks before he and Vallow married. Meanwhile, the conspiracy to commit murder charges in Arizona stems from the death of her ex-husband, Charles Vallow, whom her brother, Alex Cox, shot and killed in what he claimed was self-defense.

In Sins of Our Mother, Ryan shared recordings of phone conversations he’s had with his mom in prison. “I would have never thought you would have ever done something like this,” he tells her in one conversation featured in the trailer. Her response? “What is it that you think that I’ve done?” she asked, before telling him he doesn’t “really fully understand the situation.”

As the Netflix doc illustrates, the complex case defies explanation, asking the central question: How did a seemingly normal woman become the most notorious mother in America?