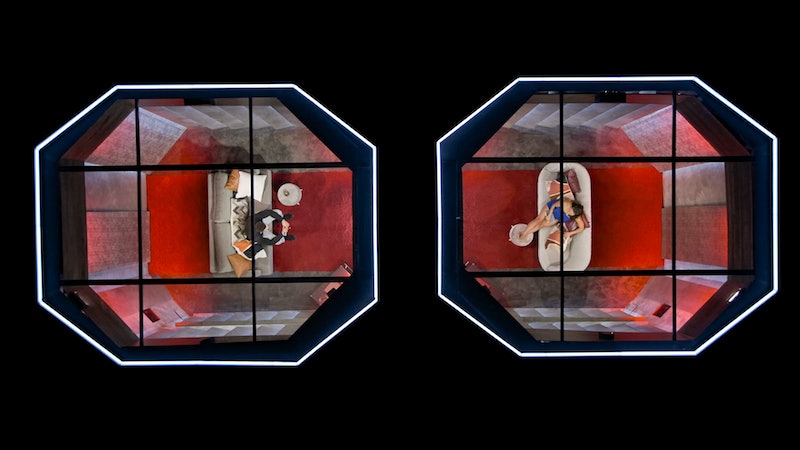 When Love Is Blind first premiered on Netflix in 2020, it had a captive audience more than willing to watch couples date and get engaged through a wall. It seemed like possibly one of the most absurd reality TV premises ever, but as evidenced by some of the couples that have remained together over the course of two whole seasons, the experiment can work. The real shocking thing is that Netflix bet money on multiple seasons of the show before anyone knew it was going to be a hit, considering when the streamer actually filmed Love Is Blind Season 3.

The first four episodes of Love Is Blind Season 3 premiered on Oct. 19, with subsequent batches of episodes dropping on Oct. 26, Nov. 2, and Nov. 9. The third season was filmed in Dallas, Texas with the honeymoon episodes shot in Malibu, California, instead of a resort in Mexico. In comparison, Love Is Blind Season 1 was filmed in Atlanta in 2018 and didn’t premiere until February 2020. Season 2 was filmed months later in Chicago, from April to June 2021. According to Variety, Season 3 was filmed immediately after Season 2 wrapped in the summer of 2021. That means none of the contestants had seen the drama between Shake Chatterjee and Deepti Naval or watched Shane Jenson fall in love with two women yet.

In an interview with Bustle in late September, the series co-host Vanessa Lachey says that the filming schedule and locations were all a symptom of COVID-19. “We wanted to make sure that everyone was safe and that everyone was tested appropriately and that we took all the appropriate measures,” she says. Vanessa adds, “Because of the restrictions of COVID, I'm actually really impressed that we were able to get such an amazing season off. They had created this really safe bubble for all of us to be comfortable in and for the cast to be comfortable in.”

Vanessa says that although the new cast had likely seen Love Is Blind Season 1, they behaved completely differently than the previous ones, despite not being able to take notes on Season 2. “In Season 1, no one knew what was going on. So they were afraid to ask physical questions, but asking like, ‘Where are you from? What is your background?’” she says. “I felt like Season 2 got more specific into the physical. And for some reason, in Season 3, there was a couple that when they finally met, she was like “You have a beard!’”

She jokes that asking someone about a beard or eye color would be one of her first questions, and she was surprised at how many people didn’t even ask about any physical attributes at all. “[The Love Is Blind Season 3 cast] really, truly wanted to do the experiment on an emotional, and psychological level,” she adds. Whether or not that works out for them remains to be seen.