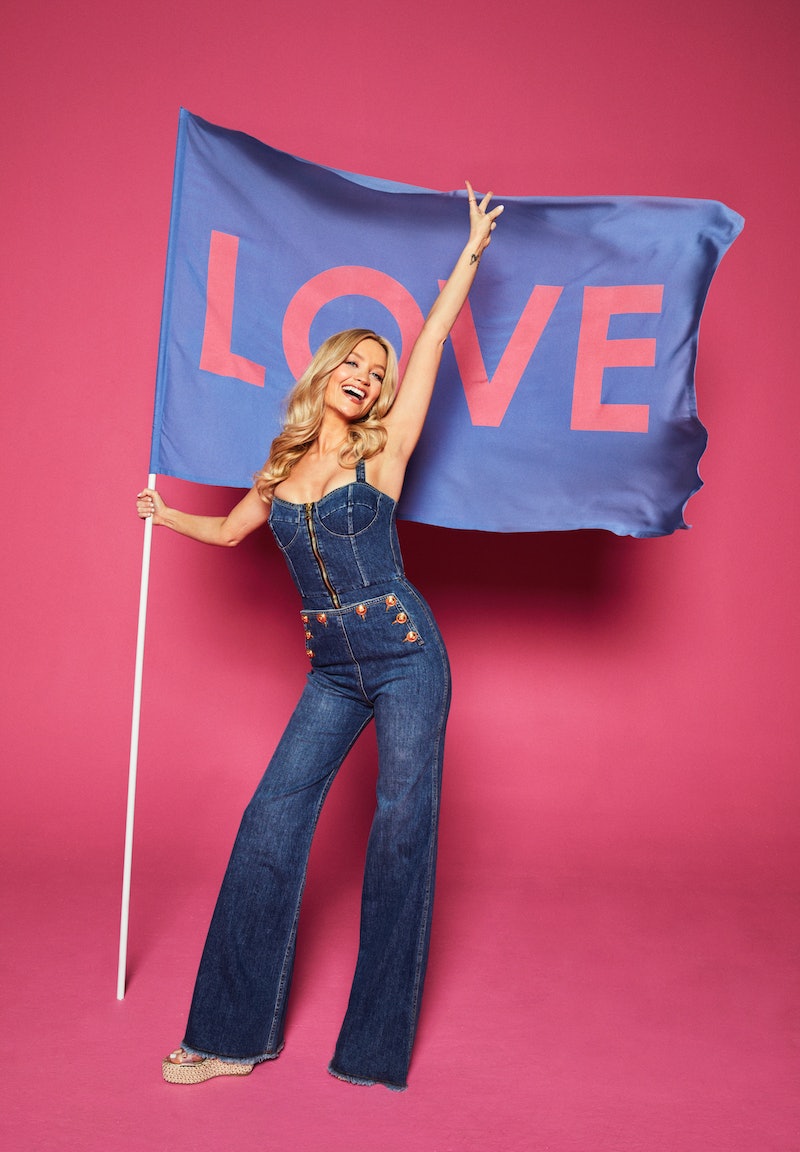 The eighth season of Love Island is now well underway, and all the action from this year’s brand new villa has got everybody talking. With a constant flow of drama stirring things up for the remaining Love Island couples (which has sparked some brilliant Love Island memes in the process), there’s plenty to be keeping up with over the course of the current series. You can find out all there is to know about Love Island Season 8, below.

2022’s season is set to be the longest yet, with 10 weeks of villa action, making the final in or around Aug. 15. I’ve got an ear to the ground and will update this as soon as ITV confirms the date of the finale.

As for viewership, fans have been streaming the new series more than ever before. As per the Daily Mail, the current series has earned 100 million streams so far, making Season 8 the most-streamed series of Love Island to date.

A paramedic by day, Paige describes herself as quite “mumsy” and a “good cook”, and is hopeful she’ll finally find the one.

With a career as microbiologist, Dami is a pretty busy man. But he’s still passionate about love and as an Aries, wants to find his compatible star sign.

Indiyah is tired of dating in the world of social media and is looking forward to potentially building a “real connection” in the Love Island villa, whilst bringing some “flavour and vibrancy”.

He might be one of the younger contestants but Liam has a fair few (questionable) chat up lines under his belt, ready for his time in the villa. He left less than a week in, taking the decision to depart himself.

You might already recognise Tasha from a viral ASOS campaign she was involved with in 2021, and now, she’s Love Island’s first ever deaf contestant. She describes herself as “wild”, a “party animal”, and “very loyal”.

Swapping the Italian sun for the streets of Manchester, Davide is well aware of his “Italian charm” and the effect it has on the ladies but now he’s looking for something more serious in the hope of finding his “soulmate”.

With the blessing of her dad, football legend Micheal Owen, Gemma is starting her Love Island journey in an effort to find love but also to “have a really fun” summer.

Ikenna is all about the “spontaneity and excitement” and would describe himself as “not really shy”, which could make for a potentially chaotic addition to the mix..

Andrew has truly lived the jet setter’s lifestyle, spending the majority of his time in the United Arab Emirates, but now he wants to find someone to share that life with.

Working as a nanny, Amber is very used to be around kids and has a lot of patience with them but she finds adults pretty annoying. She’s also not afraid to call it how it is, saying a date should “just have a personality and make me laugh.”

Luca is a big believer in the power of Love Island and as someone who came out of a four-year relationship recently, wants to find love and connection during his time in the villa.

Based in Essex but known for her work as an actress in Turkey, Ekin-Su has one goal in mind: finding the love of her life. While she can be “quite picky”, she’s ultimately “looking for a serious man and a serious relationship.”

Viewing her time on Love Island as a “once in a lifetime opportunity”, Afia wants to find the love of her life IRL rather than on a dating app. Afia was dumped from the island on June 13 when Jaques decided to couple up with Paige.

There’s more to Jaques than just being Gemma’s ex, and that includes making a girl “feel special”. He’s keen on bringing “good vibes” to villa life as well as “laughs”.

As for what he’ll bring to the villa, Jay says he’ll be “a supportive islander” who will “bring a lot of fun”, “some good laughs,” and “maybe some indecisive decisions”.

Not afraid to “step of a few toes” to get what she wants, Danica is looking for someone to fit her extroverted personality. The professional dancer says she’s “quite a relatable person” who “likes to be silly.”

Singer-songwriter Antigoni has already been linked to Love Island S4’s Jack Fowler, so now it’s her time to find love in the villa. “I’m a Cypriot girl and I love being in the sun,” she said. “I’ve got nothing to lose!”

Charlie’s walking into the villa with three girls on his mind – Ekin-Su, Paige, and Tasha. He’s “very competitive” and knows what he wants, so the boys better watch out.

Following the conclusion of the 2021 series, speculation that Love Island planned to move from its idyllic Majorcan villa to a brand new location was rife among fans. “This series is going to be the longest ever and it’s from a brand new location so it’s all very exciting,” an insider previously told The Sun.

Sure enough, the widely-rumoured brand new Love Island villa was unveiled on the show’s launch night on June 6. Per Metro, the upgraded villa is located in Sant Llorenc des Cardassar on the Spanish island of Majorca.

But why did producers decide to move away from the previous Love Island villa? Well, the answer is pretty simple: it wasn’t available for filming. “We didn’t own [the last villa], we rented it, and we are choosing a new house for this summer so that is all secrecy. It is going to be marvellous,” ITV’s managing director of media and entertainment Kevin Lygo said.

The Love Island challenges have become part of the fabric of the programme over the previous series. Who doesn’t love to watch sexy singletons literally pie each other in the face, dress up as firemen, and spit food into each other’s mouths? Well, quite a lot of the UK public, apparently. The food challenges have always been divisive, with some fans branding it “disgusting.” Executive producer Mike Spencer announced in May that “we are stepping away from the food challenges as we know them.”

Spencer also hinted that the infamous Casa Amor postcard might not be delivered this year, either. In previous series, this picture postcard has been sent back to the main villa, showing contestants there a hint of what their partners have been up to on holiday in Casa Amor.

In 2021, it caused an astronomical row between finalists Teddy and Faye, even though the public knew that the postcard had been taken out of context. The fight led to over 25,000 Ofcom complaints, and fans and the media were horrified that the show had engineered such an upsetting situation.

In a rather dramatic shake up, Love Island 2022 swapped fast fashion with preloved styles from Ebay. Announcing the new collaboration via Vogue Business on May 19, executive producer Mike Spencer said: “We strive to be a more eco-friendly production, with more focus on ways in which we can visibly show this on screen.”

eBay UK’s head of fashion Jemma Tadd added: “The impact of Love Island and its stars across the UK is undeniable and together we want to inspire the nation to choose preloved first when shopping. Even if this means buying or selling one or two preloved items to start with, it’s a step in the right direction.”

On hand to help source preloved goods is celeb stylist Amy Bannerman, who called her new role – Love Island 2022 stylist – as “an all time career high” via Instagram. “Brace yourselves, we’ve found some gems!”

The water bottles are back for Season 8, but with a glitzy upgrade. The much-loved merch now comes with the name written in gold font. Very on-brand. You can also buy all-new personalised white waffle robes, matching eye masks, passport covers, and even luggage tags. So, why not make your long, hot summer a personalised one?

The Love Island shop now also sells greetings cards with all the show’s unofficial catchphrases. Send your crush a “you’re my type on paper” card, or ask your housemate to take the bins out with a “can I pull you for a chat?” note. All available to buy on the official Love Island shop.

As it’s still relatively early days for villa life, ITV2 is still accepting singletons for Love Island 2022, if their casting website is to be believed. “Applications will remain open until we announce a closing date on the Love Island Website,” they state. Here’s everything you need to know to apply to Love Island.

To take part, you must be over the age of 18 and be able to take part for a minimum of 10 consecutive weeks. You must also have a valid passport, of course.

Love Island continues on weeknights & Sundays at 9 p.m. on ITV and ITV Hub.