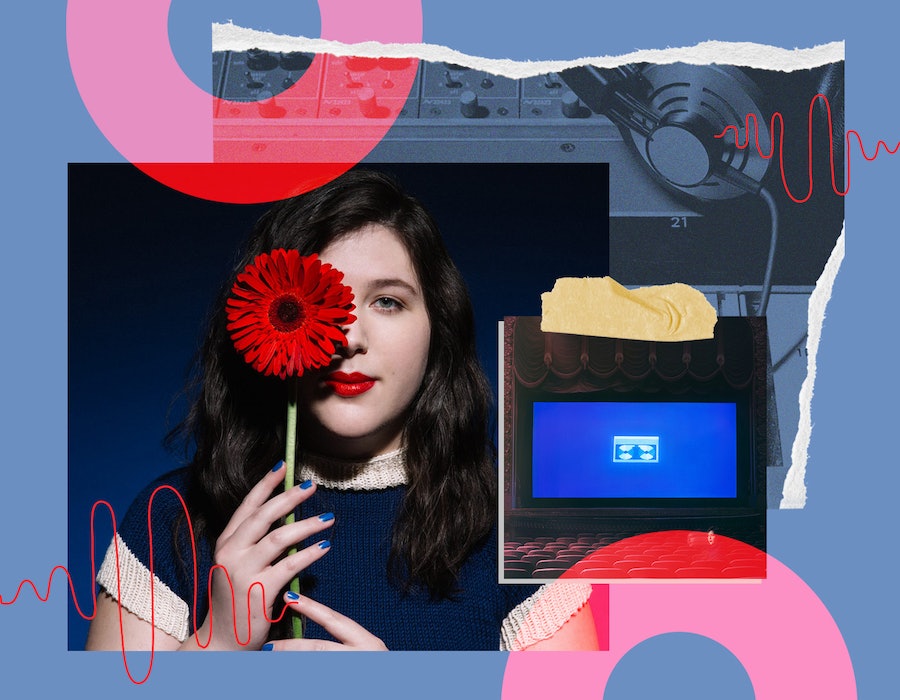 Lucy Dacus has been thinking a lot about the concept of home lately. “You know that phrase, You can’t go home again?” Dacus tells me over Zoom. “I felt that for the first time [last year].” She’s perched on an olive green velvet couch in her house in Philadelphia, where she moved at the end of 2019 after her hometown of Richmond, Virginia, began to feel too small — not for her ambitions, but for her comfort: fans were recognizing her on the street and even showing up on her doorstep. Returning home to Richmond for the first time since moving prompted a minor identity crisis, the kind that’s a rite of passage for creatives (especially those currently reading Joan Didion, as Dacus’ famously fastidious GoodReads account attests). “It’s like, I’ve changed, the city’s changed,” she says. “It’s like, this sucks, I don’t know who I am.”

Dacus, 26, found solace in reading her journals — plural — stacks of which she’s filled with hundreds of thousands of words since she was old enough to put pen to paper. She’d rifle through past memories in search of the constants between each version of herself, trying to figure out “what’s been the same about me the whole time.” The answer ended up being her desire to be the connective tissue between other people.

Being the supporting rather than the lead character is something that’s always suited Dacus. A voracious reader and a compulsive documenter of her own life, she named her sophomore album Historian partly because she delighted in the idea that someone seeing a listing for “Lucy Dacus, Historian” might mistake it for her job title rather than the name of her record.

The title of Dacus’ third album, Home Video, is another homage to documenting the past; this time a reference to her father capturing countless hours of Dacus’ childhood on tape. On the carefully compiled collection of songs, Dacus’ quietly powerful alto recounts stories of boyfriends who write bad poetry, queer crushes never acted on, naively optimistic summers at bible camp, broken wrists smeared with firefly juice, and friends in relationships who deserve better. It’s all told from the perspective of an empathetic first-person observer — one who clearly cares just as much, if not more, for the people she sings about as she does for herself.

Crafting evocative songs about the past taught Dacus more about her present. “I think nostalgia can be a really useful feeling,” she says. Below, Dacus discusses writing songs while referencing her diary entries, the unfortunate fate of her first CD, and letting her friends shine at karaoke.

On Journaling & Writing Songs About Friends

You’re a big journaler. How did having a record of earlier memories inform your writing of the songs on Home Video?

I would usually be walking around [in] my life and a memory would be triggered by something super specific, and I’d go, “Oh my god,” and write as much as I could. Then [I’d] go back to the specific journal entry about that time just to check my notes and see if my perspectives have changed. So I wouldn’t rip lyrics from [my journals], but sometimes [I’d pull] a bit more details, and sometimes I’d realize how off-base I was in the past and that would influence the song. So they were primary source documents.

I think what I learned is that I’m not as self-aware as I had always thought that I was. Because the journals really show me how deeply in denial I’m capable of being in the moment. So it’s almost like I would trust Home Video more than I would trust the journal from the actual time that Home Video is about. Because that’s what I can say with perspective. I think it takes me a really long time to process what things mean to me.

Were there things you had to confront about yourself in this process?

I think one of the hardest things has been realizing [that] the messages of the songs represent me as a person who is easily disappointed. Whereas I’ve always thought it a personality trait that I’m really difficult to disappoint, and that I’m very accepting and I will love anybody that I care about at whatever point they’re at. And so maybe songwriting is where I put that specific feeling... but I worry a little bit. I don’t like that I have seemed to represent myself as someone who seems to get disappointed a lot, because it’s not who I want to be. It’s been revealing in kind of an uncomfortable way.

A couple standout songs on the album like “Thumbs” and “Christine” are very specific to certain people and relationships. Are those people still in your life, and have they heard those songs?

Those are the two songs that are about people that I still keep in touch with, and I showed those songs to those friends and asked them permission to record them. I was super nervous; I was worried about each of them feeling used. I was worried about each of them feeling less comfortable opening up to me, for fear that I would turn it into a song. But the opposite happened. Both of them felt really cared about and both of them were like, “This song is about our friendship,” and it’s made our friendship stronger. So I’m lucky that they’re both really generous people.

On Snorting Nutmeg & The Impurities Of Jason Mraz

I think the weirdest thing that started the writing of a song was on “VBS,” actually. I saw a church advertising Vacation Bible School, and the memory that it triggered was, “Oh my god, my first boyfriend that I met at church camp used to snort nutmeg.” That line “snorting nutmeg in your bunkbed” was the first line of the whole song, and so I fleshed it out from the middle.

What’s the first CD you ever bought?

I think the first CD I ever bought was Green Day’s American Idiot. I have this memory of my dad breaking it and throwing it in the trash because it had curse words, and to make up for it my parents bought me a Jason Mraz CD, because he and I went to the same middle school. But when you opened [the CD] he had a pin on that said “I <3 SEX” — my mom grabbed it and blotted it out with a Sharpie and handed it back to me.

What’s a song you slow danced to or made out to as a teenager?

Oh my gosh [laughs]. When I said goodbye to my first love when they went to college, we made out to Terry Riley’s “In C.” That’s such a funny one to pull out.

Was that intentional, or was it just on?

I think it might have been intentional on their part.

What job would you have if you weren’t a musician?

Bookstore owner or travel agent. Before I had an agent that books me shows I booked all my shows, and I had so much fun doing it. Even all the emailing, I was there for it. When friends go abroad, I help them find their flights and Airbnbs and attractions.

That’s a lot of organization, you really have to be into that.

I think “Yellow” by Coldplay is a great one, or a bunch of Killers songs. I’m so bad at karaoke because I’m just not a very good performer. I’m not larger than life, I’m just life. But what I tend to do is if there’s a bunch of people doing heavy hitters, I’ll try to pick a slower jam to make space for all the stars, so that the next person just really hits it out of the park.