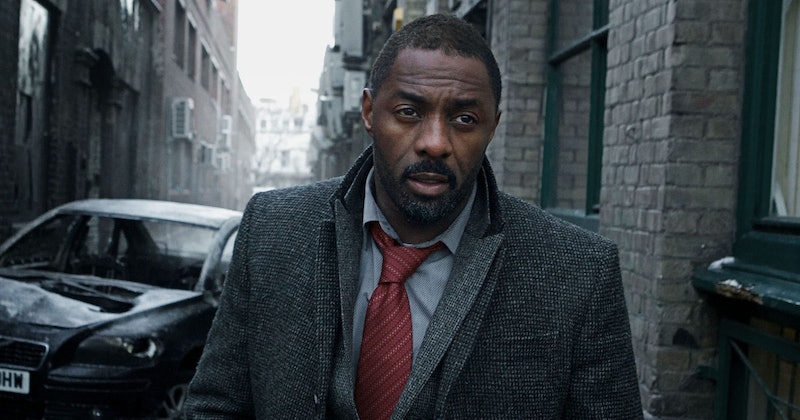 As fans of the original series are likely aware, a Luther film is officially on the way, with Idris Elba reprising his role as the troubled yet talented detective, DCI John Luther. The award-winning crime drama will be returning as a one-off feature film for Netflix and has been written by Neil Cross, the brains behind the original BBC drama series.

A Luther reprisal was rumoured to be in the works for quite some time, but nothing was confirmed until Netflix tweeted the exciting announcement in 2021, also revealing some big-name new cast members. As Elba prepares to dust off his character’s iconic trench coat, here’s everything you need to know about the new Luther film.

Netflix is yet to reveal when the Luther film will be released, but we do know that filming has now officially wrapped. Speaking to SiriusXM in April 2022, Elba described filming as a “grim shoot.”

“I’m reading the script and then, ‘He does what? Wow, this is incredible!’” the actor revealed. “And then I’m actually doing it. I find myself freezing in some dark cave or something, but no spoilers.”

In Nov. 2022, Empire treated fans to an exclusive first look at the upcoming film, showing the lead character walking through a snowy landscape.

Starring alongside Elba (who has won two Golden Globes and a Royal Television Society Best Actor Award for his performance in Luther) are the Grammy, Tony, and Emmy-winning actor Cynthia Erivo, who will portray a rival detective, and Lord of the Rings star Andy Serkis, who is set to be the film’s villain.

Details of the movie’s plot are yet to be revealed. However, speaking to Empire in Nov. 2022, lead star Elba revealed that fans can expect detective Luther to “break out of the gritty streets of London.” The actor continued: “We take it outside of that a little bit. And that’s great. It feels like now we’re entering a different life of the Luther experience.”

Speaking to Radio Times in 2021, series creator Cross also teased a “bigger and better” production compared to the original TV drama thanks to the film’s increased budget afforded by Netflix.

“What we’ve been able to do [with the movie] — having delivered every episode of Luther on budgets which are comically small — is to have a wider canvas and a bigger budget to tell the kind of stories that we’ve always wanted to be able to tell,” he explained.

Luther ran for a total of five seasons between 2010 and 2019, becoming a huge hit for the BBC. As Digital Spy reports, the drama's 2019 finale peaked with an impressive 4.7 million viewers.

As we await further details of the forthcoming Luther flick, all five seasons of Luther are currently available to stream on BBC iPlayer.

This article was originally published on Oct. 16, 2020