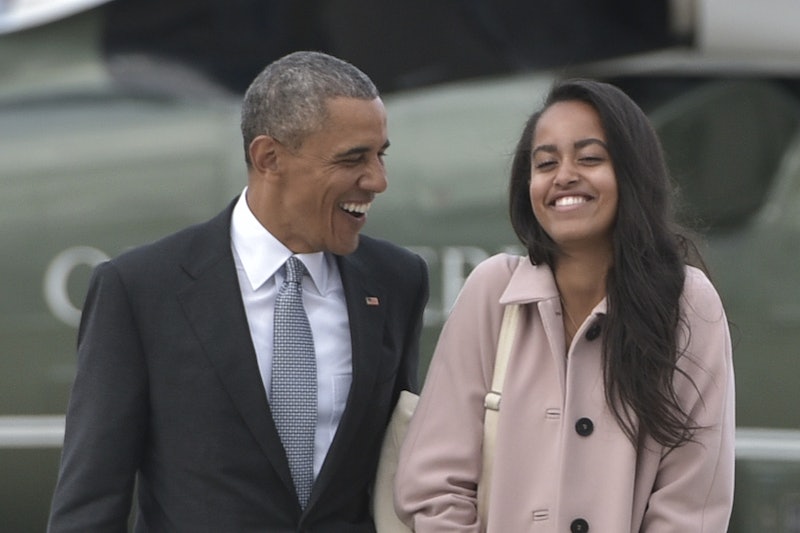 Being the daughter of Barack and Michelle Obama has its perks. Malia Obama is reportedly helping Donald Glover write a show inspired by Beyoncé. Yes, you read that correctly. The Atlanta writer and star reportedly signed a huge multi-year, eight-figure deal with Amazon that will see him create and executive produce content for their streaming service Prime Video. And the former first daughter just happens to be involved in a notable project.

Glover is currently working on a new show called Hive, which centers around a "Beyoncé-like figure," according to the Hollywood Reporter. While the show hasn't been confirmed yet and plot details are being kept under wraps, staffing for the writers' room has reportedly begun already, with Obama being brought in to help with the series. Neither Glover nor Amazon has commented on the news as of yet.

Of course, this isn't Obama's first brush with the industry. Prior to attending Harvard University, Obama worked on the sets of HBO's hit series Girls and Halle Barry's sci-fi series Extant before taking on an internship with The Weinstein Company — before founder Harvey Weinstein was arrested for sexual assault (incidentally, as of March 2018, Obama was still owed paychecks from the 2017 internship, per the Independent). Now that she's set to graduate in spring 2021, writing for Hive would mark her first professional job in entertainment.

Reports of Glover's huge deal come just days after he announced his first project for Amazon. The actor will join Fleabag's Phoebe Waller-Bridge in a reimagining of the 2005 film Mr. & Mrs. Smith starring Angelina Jolie and Brad Pitt. The new duo will create, executive produce, and star in the new series, which is currently set to arrive on Amazon in 2022.

For fans who are now worried about the state of Atlanta given Glover's busy schedule and the fact that it airs on FX, you need not fret. Atlanta's third and fourth seasons are still a go and will not be affected by his new Amazon deal. In fact, as per THR, the Emmy-winning comedy is currently set to begin production in March, with plans to film the next two seasons back-to-back in order to prevent any further delays, considering the show last aired in May 2018. The next few years are set to include seemingly nonstop content from Glover.