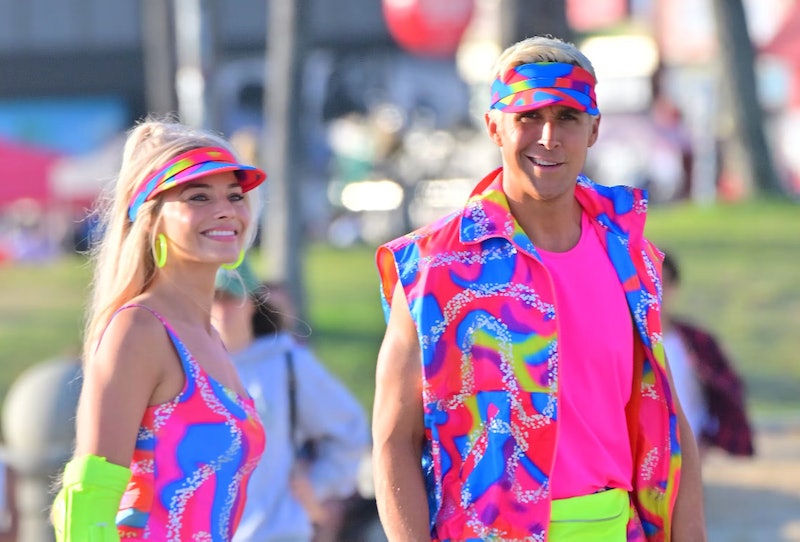 Although we have many months to wait until its release next year, the live-action Barbie movie continues to be a hot topic. Over the summer, the project’s lead stars, Margot Robbie and Ryan Gosling, who play Barbie and Ken, set the internet ablaze when they were pictured filming a scene in Venice Beach, California. Sporting ‘80s-inspired matching fluorescent ensembles, and brighter-than-the-sun retro roller skates, the duo couldn’t help but get the attention of passersby.

However, while the world rejoiced at the Barbie sneak peak, Robbie has now revealed that the “leaked” scene was an embarrassing experience for her and Gosling. During an appearance on The Tonight Show in New York on Sept. 19, the actor told host Jimmy Fallon: “I can’t tell you how mortified we were. We look like we’re laughing and having fun, but we were dying on the inside.” For emphasis, she continued: “I was like, ‘This is the most humiliating moment of my life.’”

Adding that she had no idea the filming would could cause such a commotion, Robbie added: “We knew there would be a little bit of attention and probably some photos would get out there, but not as it did. It was like... mad. It was like hundreds of people watching.”

Mortification aside, Robbie and Gosling have a lot to be thankful for, as they have a stellar supporting cast in the film. The new Doctor Who, Ncuti Gatwa, joins the likes of America Ferrera, Simu Liu, Sex Education’s Emma Mackey, and more in the hotly-anticipated title, set for release on July 21. 2023.

Earlier this year, Mackey spoke about the prep for the film: “Right in the beginning, we had a sleepover for the Barbies, which would involve playing games with Scott [Evans] and Ncuti [Gatwa].”