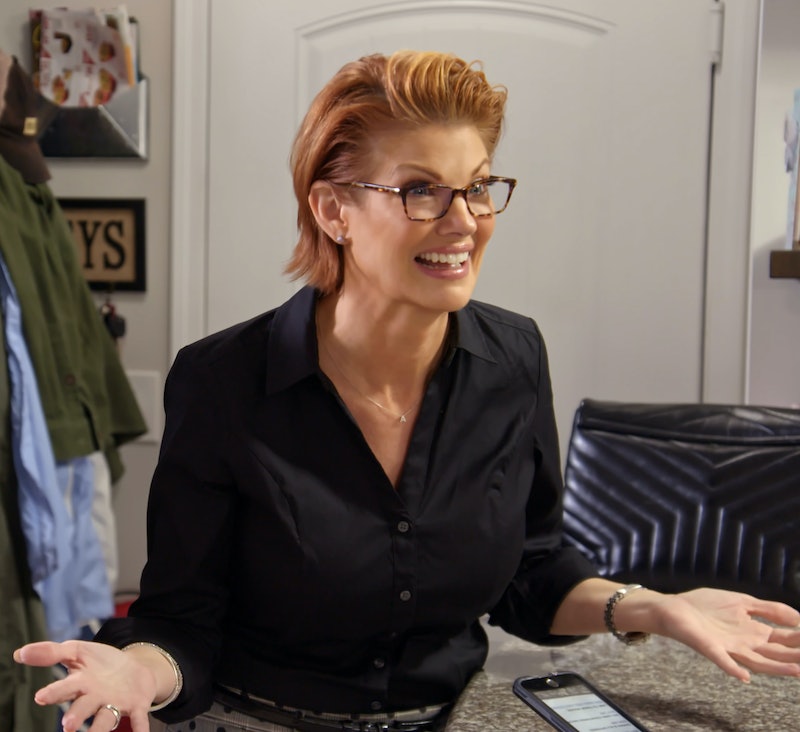 On Netflix’s new reality show Marriage or Mortgage, hosts Nichole Holmes and wedding planner Sarah Miller are in stiff competition. While Holmes, a real estate agent, tries to convince each couple to spend their life savings on a house, Miller does her best to persuade them to put the money towards a big wedding. In Holmes’ mind, the decision is easy: she’s been divorced twice, and she wants the couples to be realistic.

“I’m not anti-marriage, anti-relationship or anti-love,” she said on the Today show. “[But] given the state of affairs these days — no pun intended with the affairs — 60% of marriages end in divorce. You can't make money on a wedding; it's barely 12 hours of a party. Invest in your future. You can always have a smaller wedding later.”

Not every couple sees it that way, though. “That’s why this show is so amazing and why I think it’s going to have so many people rooting for the mortgage, or the hopeless romantics of the world saying: ‘How could you give up your big day for a mortgage? That doesn’t seem very fun,” Holmes said, per The Washington Post.

Ahead of the show, get to know more about Holmes below.

Holmes Has Worked In Real Estate For Years

According to TODAY, Holmes has 13 years of experience in real estate. She currently works as a broker in Nashville for a company called PARKS, where she’s been since 2017, per her LinkedIn. Before that she was a realtor for Sotheby's International Realty Affiliates LLC starting in 2009. But real estate isn’t the only field Holmes has experience in.

The Netflix host grew up in Marion, Illinois and went on to become the second runner-up at the Miss USA pageant in 1995. She won Miss Photogenic that same year and parlayed that title into a modeling career, according to Southern Illinois University’s newspaper The Daily Egyptian. She still does some modeling and commercial work today, like for the below Books-A-Million ad.

Prior to starting her real estate career, Holmes put her radio and television degree to good use as a host for the Shop at Home network. She did that for three years, so hosting a Netflix show isn’t far outside of her comfort zone.

Whereas Miller uses her Instagram to promote her wedding planning business, Holmes mostly uses hers to document her personal life. There are lost of photos of her pets, family, and daughter.

See more of Holmes’ career-focused side when Marriage or Mortgage premieres on March 10.