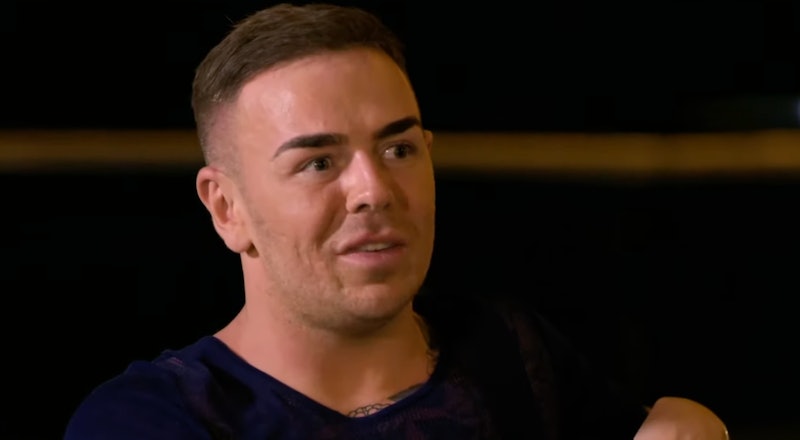 The most recent episode of Married At First Sight UK showed the underlying tension between Thomas and several other contestants bubble over in an explosive fashion. The Liverpudlian Mental Health Care Assistant has made no secret of his dislike for April and Whitney. And now, during group drinks to discuss their recent home-stays, Thomas ended up storming out. The row was prompted by Sophie suggesting that Thomas and his husband Adrian had more of a “friendship vibe.”

“You wouldn’t know that because you’ve only been here two weeks... don't make me come for you,” Thomas retorted. “I don’t care about 90% of the people here. I only care about Chanita, Jen, and you [Kasia]. I don’t give a f**k about yous. Yous mean nothing to me.” Whitney replied, “Vice versa,” prompting Thomas to call her a “a liar and an adulterer.” You’re a basic b***h and that’s all you’ll ever be,” he later adds, before storming off.

The contestant has since apologised for much of his outburst on his Instagram story, though he stopped short of saying sorry to April and Whitney. “I own the Sophie thing, it was just heightened too far, I've apologised and we're in a good place now. The other two [Whitney and April] I don't care. The language that I used was course and vile and I don't like it and that's me owning my s**t, I don't care what anybody else thinks. That's what I think.”

After the show aired, many viewers were quick to compare Thomas’ choice words with a certain Celebrity Big Brother contestant. Back in 2017, TV star and pro cleaner Kim Woodburn had to be temporarily removed from the house by security after famously calling former footballer Jamie O'Hara “an adulterer.”