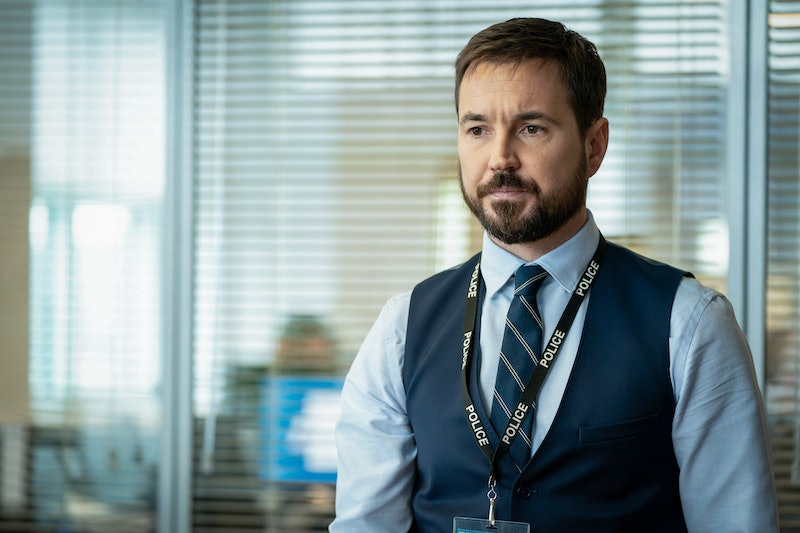 There are so many questions when it comes to Line of Duty... Who is H? Will this be the season we finally figure Hastings out? Will this be the adversary that breaks AC-12? Will all the main characters survive the season? But perhaps one of the most puzzling piece is that behind DS Steve Arnott’s waistcoats. Thankfully, actor Martin Compston has finally cracked the case – and it is classic Steve Arnott.

Speaking to The Observer, the Scottish actor reflected on Line of Duty’s return, referring to season six as “another belter” and a real return to basics. “Now we’re established in that primetime slot, we’ve gone back to what made the show great,” he said. “There are still some big set pieces, which are fun, but a lot of the drama unfolds in dark alleys or shady meetings.” Before adding, “we’re coming to another climax and a lot of big questions get answered.”

Which brings us to the most burning sartorial question of all: the meaning behind Steve Arnott’s waistcoats. First of all, they were Compston’s idea. “Anything to get out of those sweater vests from series one,” he said. “We still wanted him in layers for the second series, just to look a bit different to the average cop in a Marks & Spencer suit,” he continued.

At the start of season six, Arnott is in a rather difficult, dark place: his back problems and painkiller issues are breaking him down, but he continues to put on a brave face and shows up in his flashy suits, trying to look like he runs the show. A true workaholic in danger of losing it all.

And here’s the real corker: “The waistcoats are partly because he thinks he’s Sherlock Holmes, one of the great detectives, and partly because he’s the overdressed prick at work, having all the office affairs.” Priceless.

Arnott’s waistcoats are such a part of the character that Adrian Dunbar – AKA Superintendent Ted Hastings – bought Compston a waistcoat as an end-of-series gift. “Problem is,” he confessed, “playing Steve has killed them for me. I cannae wear them any more. It’s like putting on the character.”