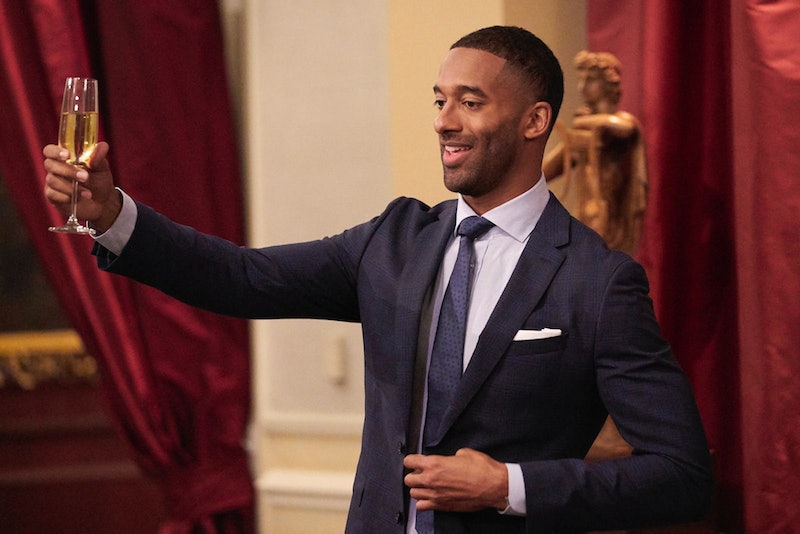 Fans got to meet Matt James' mother on his very first episode of The Bachelor, and now, they'll be introduced to another important person in his life. During the final moments of the Women Tell All special, a new promo confirmed that Matt James' dad will appear on his season of The Bachelor, teasing the pair's emotional conversation in the season finale.

"When I needed you, you weren't there," Matt tells his father Manny, who was largely absent from his life growing up. "Do you know what I went through with your mom?" Manny responds, referencing his divorce from Matt's mother, Patty Cuculo James. "I don't need you to make excuses," Matt says, to which Manny fires back, "Nobody's perfect, son."

The promo also teases the lasting impact that Matt's parents' divorce has had on Matt, especially as he prepares to potentially propose to one of his remaining contestants. "I don't want to make the same mistakes that caused my family to be torn apart," Matt says at one point.

Both Matt and his mom have spoken about the toll her divorce has taken on his love life. "He was always drawn to families where the mom and dad were together," she told ABC News in 2019 while speaking about Matt's charity, ABC Food Tours. "I am so proud of him. He overcame everything and he wants to be a role model for these kids."

On The Bachelor, Matt explained that Patty raised him and his brother, John, as a single mother, and even praised her with an Instagram post on Father's Day 2020. Matt's close bond with his mom has also been at the forefront of his time as the Bachelor; he told Good Morning America in January that he wanted to find a partner just like her.