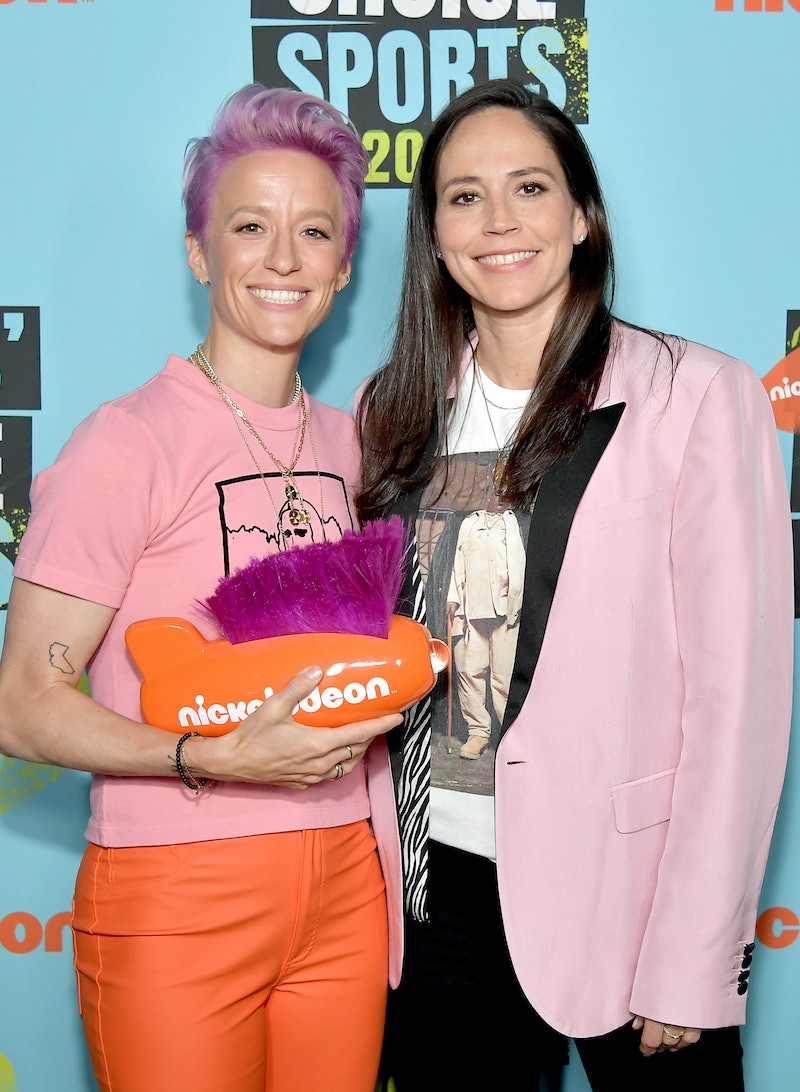 Five months into engaged life, Megan Rapinoe discussed her relationship with Sue Bird and what it means to her that they’ve been called a “power couple.” The U.S. Women’s Soccer Team captain acknowledged some discomfort with the label in an interview with E! News, but she noted that the two have been “very keenly aware of what our relationship means to other people.” Rapinoe, who is a two-time World Cup winner, has been in a relationship with Bird, a record-setting basketball player for the WNBA’s Seattle Storm, for four years.

Despite their struggle to conceive of themselves as a “power couple” — Rapinoe admitted to E! that she doesn’t “even know what that means” — she did say the couple hopes to serve as role models for the next generation of LGBTQIA+ youth. Both are advocates for the community, in addition to playing their respective sports at the highest level. As part of that, the soccer star hopes that their love story will uplift fans.

“We understand how positive an impact just us being together and sort of the revolutionary act of being joyful and not struggling and being in love and being gay at the same time,” Rapinoe told E! News. “I think that’s something that’s really special to us.”

“I would have loved to have any couple like us when I was growing up,” she added, noting that the only openly-out public figure she recalls from that time is comedian and TV star Ellen DeGeneres. “We have so many more role models and people to look to, so I hope that we can provide that example and live our lives openly and freely.”

In October, Bird and Rapinoe got engaged, with both announcing the news for fans by posting a picture of the WNBA star standing in an infinity pool while a kneeling Rapinoe placed a ring on her finger. Later, in December, Bird said in an interview with People that the couple has “always kind of known that this was forever,” so neither is in a rush to start planning. “In some bizarre way, COVID has given us an excuse to not think about the wedding and we can kind of focus on our careers because that takes so much time,” Bird said.

This month, the couple noted that while they are focused on their athletic careers at the moment, the two will wed post-COVID and then think about settling down and living more spontaneously, according to GQ. “I’m excited,” Rapino told the publication, referring to the couple’s future, both in and out of the spotlight. “Because there’s like, Megan, and Sue. And then there’s Megan and Sue. And I think that there’s so much to be done in all of those three buckets.”