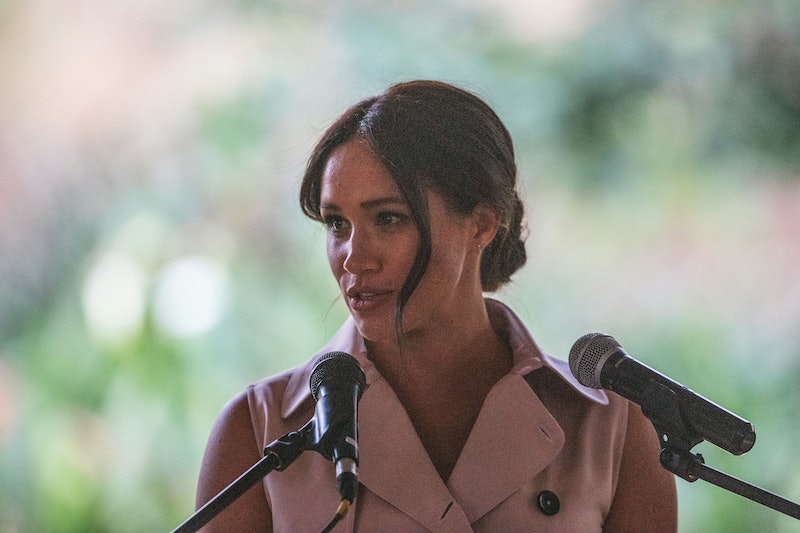 If the first teasers of Meghan Markle and Prince Harry's forthcoming interview with Oprah Winfrey sent shockwaves across the pond, then the Palace is in for a shocker today. In a new clip of the landmark interview, the Duchess said Buckingham Palace could not expect her and Prince Harry to remain silent if it was "perpetuating falsehoods about us.”

In the new trailer released on Wednesday night (March 4) in the U.S., Meghan is asked by Oprah how she felt about the Palace hearing her “speak her truth today”.

“I don’t know how they could expect that, after all of this time we would still just be silent if there is an active role that the firm is playing in perpetuating falsehoods about us,” the Duchess replies. “And if that comes with risk of losing things I mean – there’s a lot that’s been lost already.”

The sneak peek was released after Buckingham Palace announced that it would investigate allegations of bullying made against the Duchess of Sussex by a former royal aide, after a report in the Times claimed that Meghan's behaviour drove out two personal assistants during her time at Kensington Palace.

The couple's spokesperson has suggested that the timing of the bullying allegations is nothing short of a "smear campaign", aimed at undermining the first time the Sussexes speak about their decision to leave their royal roles. “It’s no coincidence that distorted several-year-old accusations aimed at undermining the Duchess are being briefed to the British media shortly before she and the Duke are due to speak openly and honestly about their experience of recent years,” their spokesperson said.

CBS has said Meghan will be interviewed about "stepping into life as a royal, marriage, motherhood" and "how she is handling life under intense public pressure". She will also be joined by Prince Harry, and they will speak about their move to the US last year and their future plans together. In an earlier teaser of the interview, Harry drew parallels between the treatment of his late mother, Diana, Princess of Wales, and Meghan.