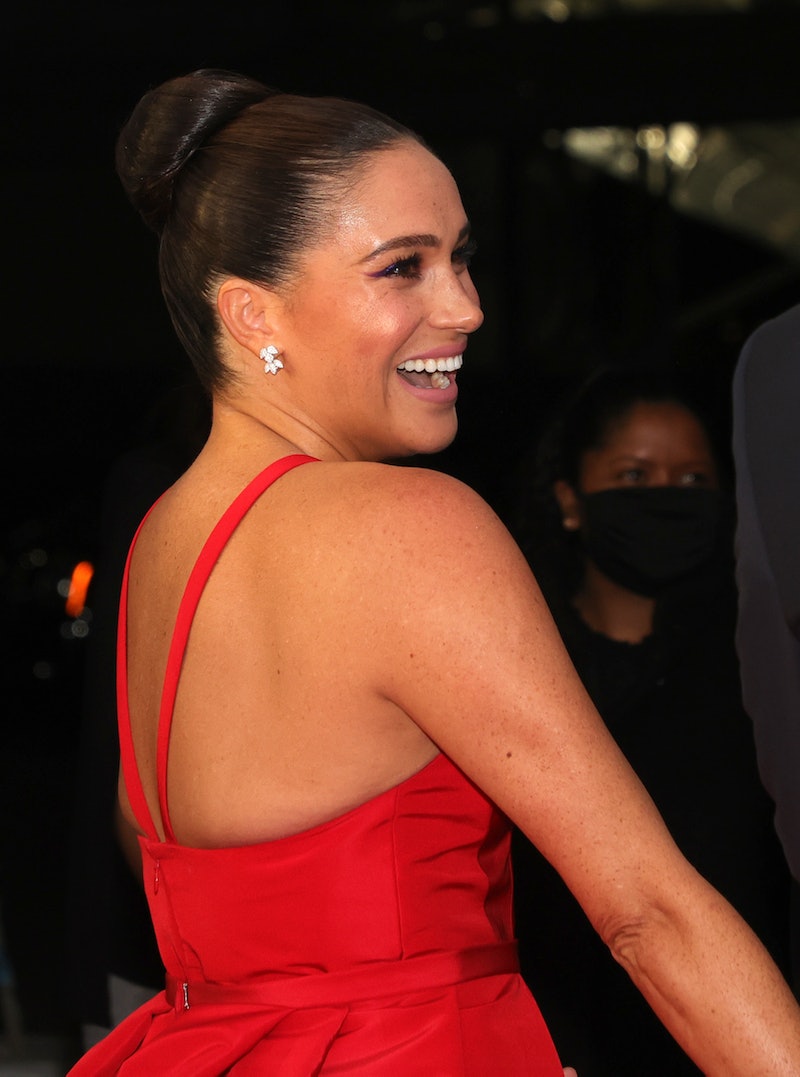 As Meghan Markle celebrates her 41st birthday at home in Montecito, California, royal well-wishers in the UK are sharing messages for the Duchess of Sussex. Prince William and Kate Middleton were among the first to post a birthday note for William’s sister-in-law, who married his younger brother Harry in 2018. “Wishing a happy birthday to the Duchess of Sussex,” they wrote on social media, alongside a picture of Markle attending this year’s Platinum Jubilee service at St. Paul's Cathedral.

Harry’s dad, Prince Charles, soon followed suit, alongside his wife Camilla. “Happy birthday to The Duchess of Sussex,” they posted, adding a balloon emoji and a second photograph of Markle at the Thanksgiving celebration back in June for good measure. Both photographs were taken during the Duchess of Sussex’s only visit to the UK this year – during which her youngest daughter Lilibet met The Queen and Prince Charles for the first time. Following Meghan and Harry’s departure from senior royal duties in 2020 and their relocation to California, the couple hasn’t spent much time with the Royal family — partly due to worldwide travel restrictions, it must be said.

Meanwhile, rumours of a potential rift in the family have been circling following Meghan and Harry’s candid interview with Oprah in 2021. "It's really sad that it's gotten to this point,” Harry said during the interview, “but I've got to do something for my own mental health, my wife's, and for [our oldest son] Archie’s, as well, because I could see where this was headed."

Usually the royals reserve their online birthday wishes for senior members of the family involved in official appointments, leading some to interpret today’s break with convention as an olive branch.