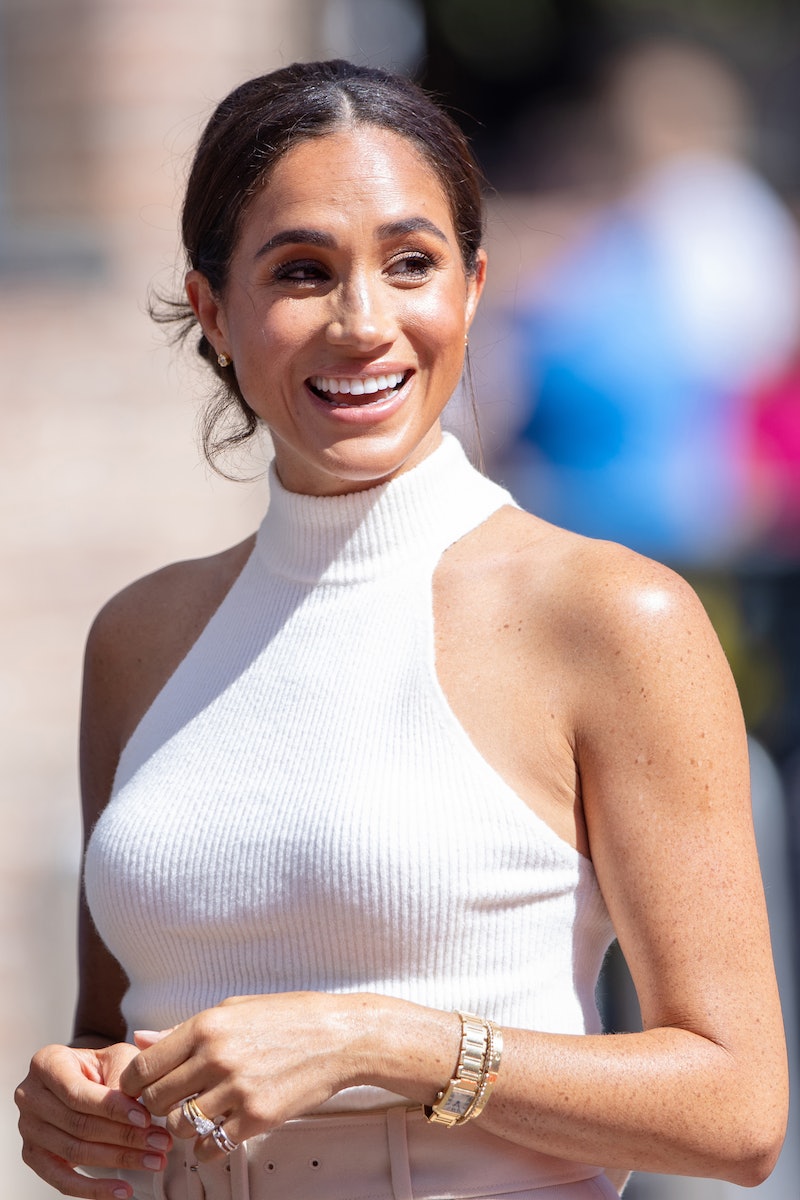 Following a break in service due to mourning Queen Elizabeth II’s death on Sept. 8, Meghan Markle’s podcast Archtypes has now resumed. The fourth episode, titled “The Demystification Of Dragon Lady,” sees the Duchess of Sussex sit down with journalist Lisa Ling and comedian Margaret Cho to dissect and subvert the term “Dragon Lady,” a stereotypical label often used against Asian women.

Markle and her guests explored “the power of representation and finding your voice for the AAPI (Asian American and Pacific Islander) community and beyond.” As she does at the end of each episode, the former actor asked her guests the three words they would use to describe themselves. Ling used “sponge-like, curious, and conscious,” while her nine-year-old daughter Jett, who happened to be in the studio, also gave her three words — one of which totally caught Markle off guard.

“True to form, as any cool and precocious nine-year-old would do, she said the unexpected,” Markle explained. “She said one of the words she would use to describe herself was ‘weird.’ I loved it because she gets to, as we all get to, define ourselves as we see fit.”

Markle went on to end the podcast on an empowering note, taking inspiration from Ling and Jett, and telling her listeners to be themselves. “If you want to be weird, or sponge-like, silly or fierce, be curious, or even self-doubting or unsure somedays and strong or brave on others… whatever it is, that is up to you,” she said. “Just be yourself, no matter what any societal framework or archetype or loud voice coming from a small place tells you that you should be.

“Be yourself. Your full, complete, whole, layered, sometimes weird, sometimes awesome, but always best and true self. Just be you. You are so much greater than any archetype.”