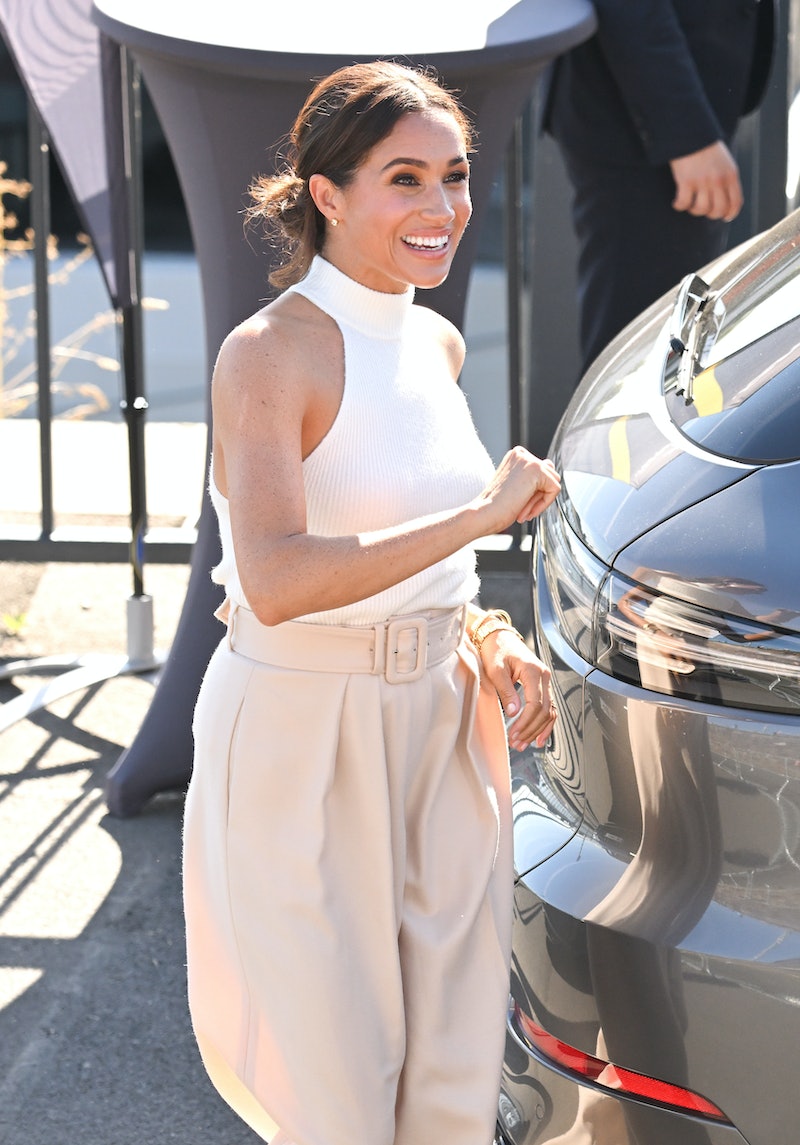 In the finale episode of Meghan Markle’s podcast Archetypes, the Duchess of Sussex spoke at length about the impact of The Real Housewives franchise with Andy Cohen, one of its executive producers and popular reunion host. The twelfth episode, titled “Man-ifesting A Cultural Shift,” sees Markle speak to Cohen alongside comedian and The Daily Show host Trevor Noah and director, producer, and screenwriter Judd Apatow about “how men can be an impactful part of the conversation” surrounding archetypes.

Once a viewer of The Real Housewives herself, Markle, who now resides in Montecito, California, stopped watching the reality show when her life started to have “its own level of drama.” So much so that when she moved back to the U.S. with Prince Harry, it was rumoured that she would join The Real Housewives Of Beverly Hills. Although unaware of the rumour at the time, it’s now a situation the former actor finds to be “so funny.” Cohen said he “never even tried to stoke the fire, because I was, like, ‘folks, that’s not happening.’”

Teasing her guest, Markle replied: “So you mean really that this is my audition for The Real Housewives Of Montecito? Is this the moment?” Excited by the thought, Cohen said: “You don’t have to audition. We’ll build the show around you. How about that?” Setting the record straight, Markle was clear that “there will be no reality show.” However, the duo did later discuss what an episode of such a show might entail, joking about an argument between Markle and Oprah Winfrey over crudités.

Joking aside, Markle admitted she has “mixed feelings” about The Real Housewives franchise, as the drama involved “tends to feed off the kinds of women they feature… or at least one facet of their personalities,” which can lead to profiting off stereotypes. But for Cohen, The Real Housewives is “one of the most feminist shows” on television. “It’s about women who are over 50, close to 60, who are so in touch with their sexuality, but they don’t need men to define them, and they’re in control,” he explained.

When asked by Markle how he’d explain The Real Housewives franchise to his daughter in the future, Cohen said he’d label it as a “soap opera” about “a group of friends and how they get along or how they don’t get along” something that “may not be that different from her group of friends,” he explained. “On a playground, they agree and disagree about different things. But, you know, maybe it’s not that different.”

More like this
Helena Bonham Carter Doesn't Think 'The Crown' “Should Carry On"
By Sam Ramsden
Vanessa Bauer Is Reportedly Dating Her 'Dancing On Ice' Partner
By Darshita Goyal
Spencer Matthews’ Impressive Net Worth Expands Far Beyond Chelsea
By Sam Ramsden
Joey Essex Is Rumoured To Be Dating A 'Love Island' Favourite
By Sam Ramsden
Get The Very Best Of Bustle/UK
Sign up for Bustle UK's twice-weekly newsletter, featuring the latest must-watch TV, moving personal stories, and expert advice on the hottest viral buys.