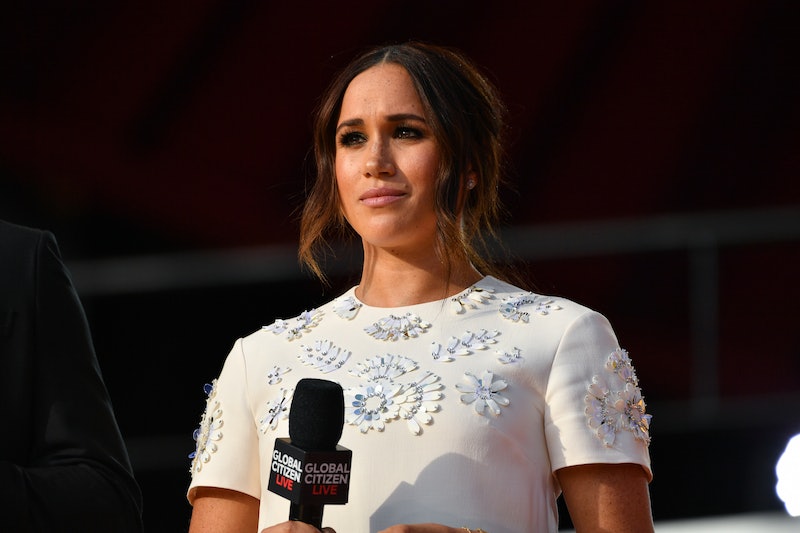 Prince Harry and Meghan Markle announced they’d be stepping back as senior members of the royal family in January 2020, and they told Oprah Winfrey that racism directed toward Meghan and their son, Archie, from the media and fellow royals largely contributed to the decision. Upon the announcement, a source told The Times of London they were leaving social media for good and had “no plans” to return, citing immense “hate” as the reason for their exit. According to BuzzFeed News, a mere 83 accounts are reportedly responsible for the bulk of negative Twitter posts about Meghan.

The site published an Oct. 26 report by Twitter analytics service Bot Sentinel that examined over 114,000 tweets about the Duke and Duchess of Sussex, concluding that 70% of negativity and false information about the couple comes from the small group of accounts. Furthermore, the 83 Twitter users appear to mostly, if not only, post hatred toward Harry and Meghan, using their combined 187,631 followers to launch an entire campaign centered around abhorrence for the pair.

Per Bot Sentinel, the group breaks down into 55 “primary accounts” responsible for most of the negative content and 28 “secondary accounts” that further spread it. Together, they have an estimated potential reach of over 17 million Twitter users. Additionally, a reported 40% of the primary accounts have been suspended from the platform in the past.

The flurry of anti-Meghan content is “unlike anything” ever witnessed by Bot Central CEO Christopher Bouzy or his colleagues, he told BuzzFeed News. Abusive language is forbidden by Twitter’s terms of service, which also prohibits harmful online groups from engaging in coordinated hatred. However, Bouzy says the accounts are not run by bots, but real people skilled in avoiding Twitter suspension by making their accounts private or even deactivating them for short periods of time.

According to Bouzy, the investigation was sparked when he posted a positive tweet about Harry and Meghan that quickly received a wave of hateful responses. But after announcing the investigation, he then experienced “a full-fledged harassment campaign,” per BuzzFeed News, where users reported his account en masse and even sent him death threats. The publication reported that per an Oct. 25 statement from Twitter, four of the 83 accounts in question are now suspended, and six other users went private.

In an October 2020 interview with the Teenager Therapy podcast, Meghan opened up about the positive and negative aspects of social media. “Yes, it’s a great way to connect, but it also ends up being a place where there's a lot of disconnection. I can speak personally, too. I’m told that in 2019 I was the most trolled person in the entire world, male or female,” she said, adding that she was on maternity leave for the majority of the year. “But what was able to be manufactured and churned out, it’s almost unsurvivable.”