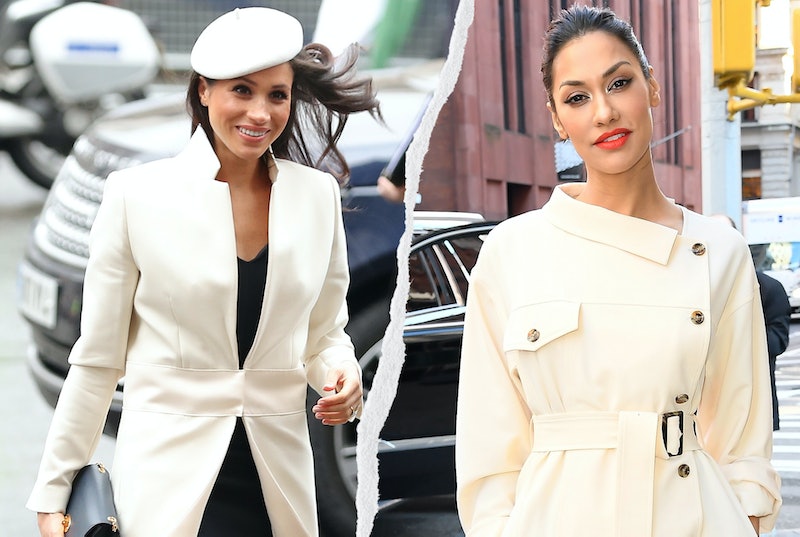 Following Meghan Markle and Prince Harry’s bombshell Oprah Winfrey interview on Sunday, March 7, one of the couple’s close confidants is coming to their defense. Meghan’s longtime friend Janina Gavankar reacted to Buckingham Palace’s statement about the Sussexes’ claims on the U.K. TV program This Morning. During Wednesday’s show, the 40-year-old actress confirmed that members of “the family and the staff knew” about Meghan’s mental health struggles during her time as a royal. Gavankar, who attended the 2018 royal wedding, also said that Meghan had confided in her about the conversations regarding Archie’s skin tone during her pregnancy.

According to Gavankar, the palace’s brief statement released on Tuesday was lacking. “You know, after reading this short statement that came out from Buckingham Palace today, I thought two things,” she began. “At one side, I thought, I’m so thankful that they are finally acknowledging the experience. But on the other side, I know that the family and staff were well aware of the extent of it and, though their recollections may vary, ours don’t because we lived through it with them. ... And there are many emails and texts to support that.”

After Meghan and Harry detailed their experience inside the “toxic” environment of the palace, the royals released the following remarks, which failed to specifically address any of the couple’s allegations:

The whole family is saddened to learn the full extent of how challenging the last few years have been for Meghan and Harry. The issues raised, particularly that of race, are concerning. While some recollections may vary, they are taken very seriously and will be addressed by the family privately. Harry, Meghan, and Archie will always be much loved family members.

In the days prior to Meghan and Harry’s interview, Buckingham Palace announced that it would investigate bullying accusations made against Meghan in The Times by a former palace aide. “Well, I have known her for 17 years, and I have seen the way she regards the people around her and the people she works with, and I can say she’s not a bully,” Gavankar said on This Morning. “But I can also say that I am personally glad that people are doing their due diligence because I also know why someone had to leave. And it was for gross misconduct. And the truth will come out: There’s plenty of emails and texts about that.”

Gavankar and Meghan seemingly share a long history. The True Blood actress scored an invite to Meghan and Harry’s wedding alongside the likes of Serena Williams and Priyanka Chopra. Gavankar also reportedly took the photo for Harry, Meghan, and Archie’s 2019 Christmas card, as she revealed on Instagram.

When asked by the This Morning hosts about whether the couple knew about Gavankar’s interview on the program, she replied, “Oh yes, absolutely. I talk to them all the time. We watched the special together, actually.” As for Harry and Meghan’s post-Oprah interview future, Gavankar said, “We’re all happy that we’re in a new era.”