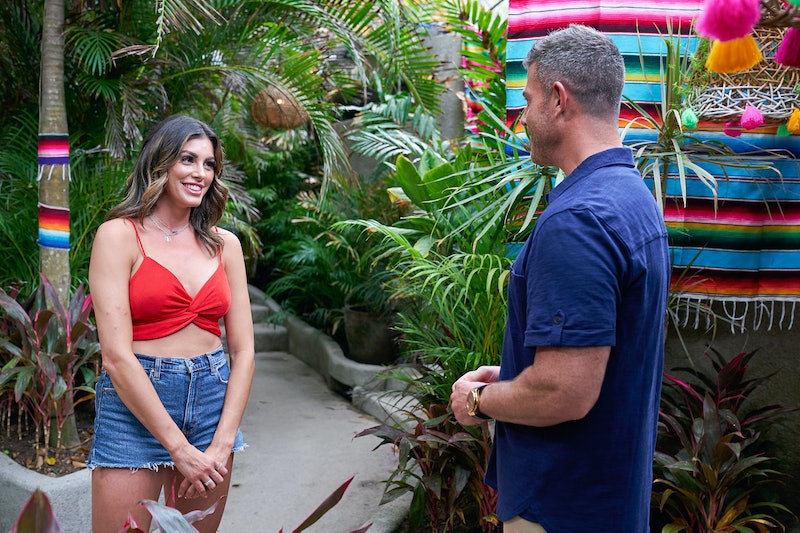 The best way to last a long time in Bachelor In Paradise is to earn some attention, which isn’t always the easiest thing to accomplish. That’s a lesson Lace Morris name spent most of Sept. 27 learning, during the premiere of Bachelor in Paradise Season 8. The alum from Ben Higgins’ season, back in 2016, was at a disadvantage coming into the latest season of Paradise, especially given that she’s been away from the franchise for about five years. With more recent names and faces to compete with, Lace dug into her bag of tricks and decided to fake her own birthday in order to earn some coveted attention.

When Lace arrived, she mentioned her anxieties about coming back after having been away from the franchise for so long. She had appeared on Paradise six years ago, and though she got engaged to Grant Kemp, things didn’t last. She also mentioned that her decision to return wasn’t made flippantly, having spent a lot of time working on herself. Those efforts, unfortunately, went unnoticed considering no one seemed all that excited when she arrived. It wasn’t that people didn’t like Lace, they just didn’t know her. Thankfully, Twitter remembered.

On a show where familiarity is everything, Lace was already at a huge disadvantage. At the midway point of the episode host Jesse Palmer let the cast know that the power would be in the hands of the men. Therefore, it was up to the women to woo the men. As the competition heated up, so did Lace’s brainstorming. As the episode progressed, Lace began more and more uninterested in the men at her disposal. She then became uninterested in pretty much the rest of her cast mates. “I’m alone for myself here,” she said. “It’s just me against Bachelor in Paradise.”

She then added, “I’m gonna start being fake as f*ck right now,” which is exactly when she decided to lie to everyone that it was her birthday.

The rest of the oblivious cast rallied behind her, which led to her stealing some solo time with Logan Palmer, and most of the other contestants enjoying some makeshift cake and margaritas.

The festivities got a little spoiled after Logan accidentally called her “Luce.” “This might be the worst birthday I’ve ever had, and it’s not even my birthday,” she said.

Lace’s Paradise birthday seemed like a good time, but there’s no telling how long those celebrations will last. Even though it was the season premiere, we weren’t given a rose ceremony to end the episode, which means we’ll have to wait another week to see if Lace’s “birthday” ends with her being gifted a rose.