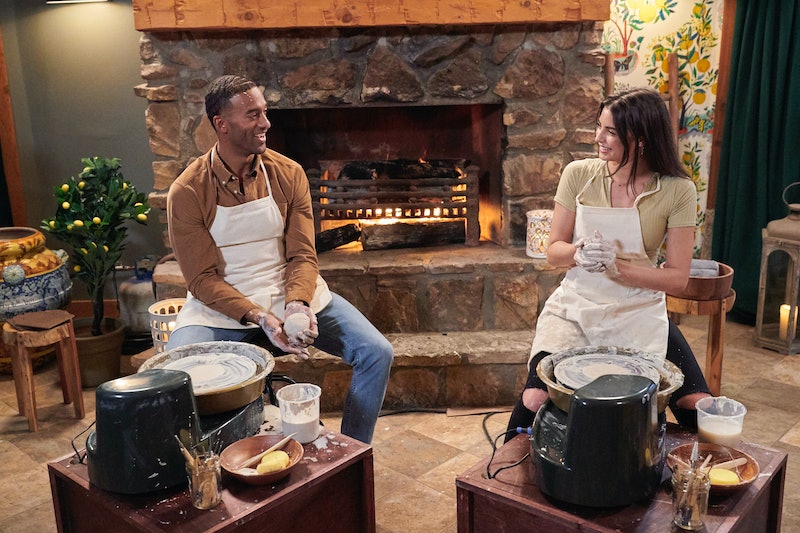 Being one of the finalists who makes it to fantasy suite week on The Bachelor can be difficult — after all, your potential future husband is likely spending the night with other women. But this season, viewers aren’t dealing with one contestant’s reaction to seeing her fellow contestants enjoy that much-desired time with Matt James. Bachelor fans are dragging Rachael Kirkconnell on Twitter for her reaction to Matt having fantasy suite dates with the other two finalists, especially in the wake of her recent racism controversy.

Before she went on her date with matt, Rachael admitted that she was having a difficult time with fantasy suite week, telling Michelle Young that “it was hard to know that [you and Bri Springs have] had these really intimate conversations with him about everything, and I just haven’t had that chance.” However, any sympathy fans may have had for her quickly evaporated when Bri returned from her date and Rachael muttered, “I don’t want to see her.”

While the Georgia native was mostly likely just expressing how difficult it was to see how happy her fellow contestant was after her one-on-one time with Matt, the comment opened the door for fans watching at home to drag her on social media. And there’s one moment from Meghan Markle’s interview with Oprah Winfrey that they can’t stop employing in their tweets:

“It’s just scary,” Rachael tearfully admitted ahead of her fantasy suite date with Matt. “I think I’m just really feeling the pressure about our time together. It hurts seeing how they feel, seeing how they felt the morning after, and seeing what they had to say. I’m worried about what he feels, what he’s thinking. I’m freaking out. I know how I feel about him, I know that I love him … but I really did break this week.”

While her eventual conversation with the Bachelor helped to reassure Rachael that she had nothing to worry about, it had the opposite effect on the fans watching at home, who were shocked that Matt admitted how strongly he felt about her. And because that Oprah meme pretty much applies to everything, fans also used it to react to the moment Rachael finally went on her date with Matt.

Despite being the rumored frontrunner to take home Matt’s final rose, Rachael’s time on The Bachelor has been surrounded by controversy; in January, rumors began swirling on Tik Tok that she had liked racist social media posts and bullied a classmate for dating Black men. Then, in February, photos of Rachael attending an Antebellum plantation-themed fraternity party in 2018 and wearing a Native American Halloween costume surfaced on social media.

Though she initially didn’t address the photos or allegations, Rachael ultimately shared a statement apologizing and taking accountability for her actions on Instagram. "While there have been rumors circulating, there have also been truths that have come to light that I need to address," she posted on Feb. 11, adding that she was "wrong" and apologizing for her actions. "At one point, I didn't recognize how offensive and racist my actions were, but that doesn't excuse them. ... I was ignorant, but my ignorance was racist.”

Matt called Rachael’s photos “incredibly disappointing” in a statement of his own, where he also condemned racism, any defense of racism, and Bachelor host Chris Harrison for his own actions. While it’s unclear whether he will give Rachael his final rose, it seems that fans aren’t afraid to share their own feelings about Rachael on social media.

More like this
Why Did Lace's Fake Her Birthday On 'Bachelor In Paradise'?
By Kadin Burnett
Kim Kardashian Reveals Her Response To Kanye’s Fashion Opinions
By Jake Viswanath
Tyra Banks Flubbed The Name Of Charli D’Amelio’s Boyfriend On 'DWTS' Bond Night
By Jake Viswanath
Where Is Former Bachelor Host Chris Harrison Now & What Is His Net Worth?
By Hugh McIntyre
Get Even More From Bustle — Sign Up For The Newsletter