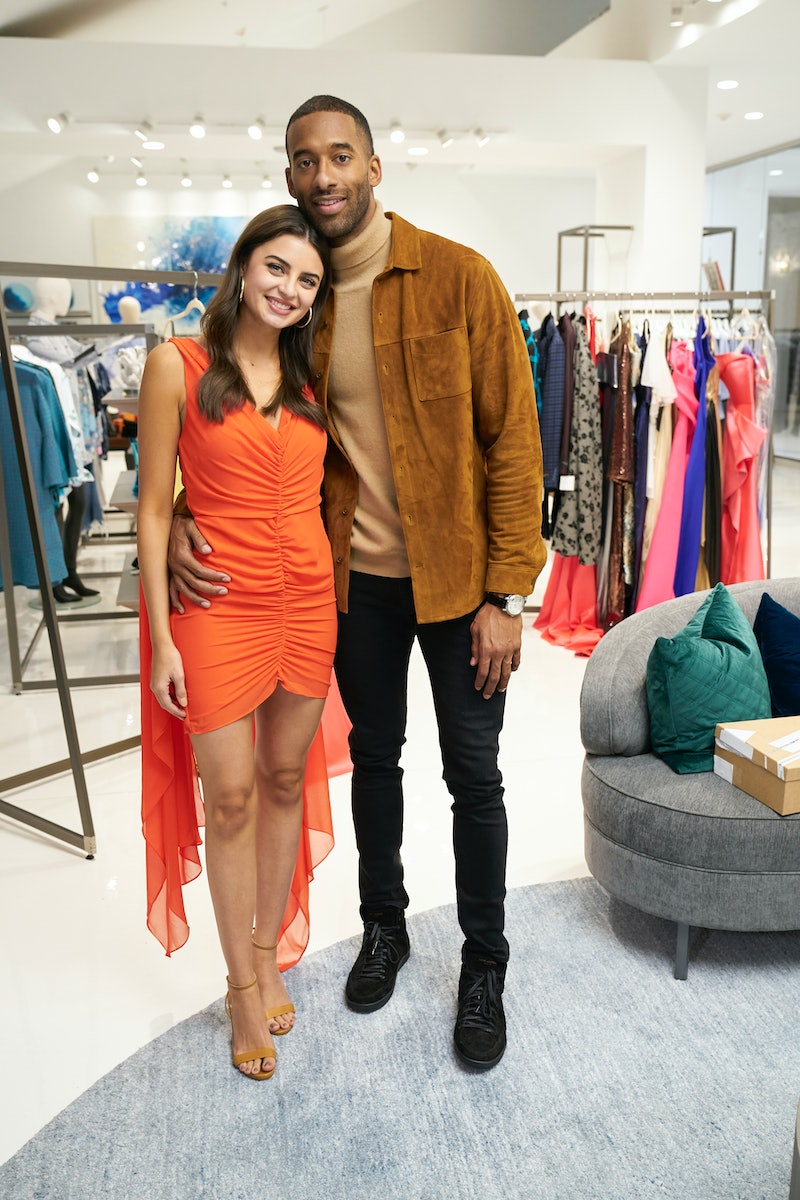 With the controversy surrounding Rachael Kirkconnell and Chris Harrison at a rolling boil, Bachelor Nation is taking their frustrations out by roasting Rachael's hometown date, hard. The pair first went skydiving where Rachael endured a rough crash landing, and then they went on to join her parents where the conversation was... off. Matt told Rachael's dad that he was falling in love with her, but his response was stand-offish and skeptical. By the end, Rachael walked away disappointed that Matt didn't ask for her dad's blessing to marry her.

In reaction to the date, some fans simply announced their displeasure for Rachael, while others got more pointed with their critiques, drawing parallels between her date and the plot of Get Out. You know, the horror movie in which an unsuspecting Black man goes to his white girlfriend's childhood home only to discover her family holds racist views and plans to literally take over his mind and body. Speaking to Rachael, Matt insisted that his conversation with her dad went really well, but the looming controversy surrounding Rachael and her offensive behavior nevertheless impacted fans' view of the whole date.

It doesn't help that in comparison to Michelle's date — which featured a peaceful bike ride, a Zoom with her fifth-grade students, and meaningful family conversation — Rachael's wasn't as smooth sailing. And it all weirdly foreshadowed the post-filming drama that is now unfolding before America's eyes.

Oh, and there was one reference to Kimberly Guilfoyle's speech at the Republican National Convention in defense of Donald Trump.

But at least one fan was legitimately concerned about Rachael's literal fall from the sky.

As Rachael mentioned to her mom, she was hiding a bruised face under all that makeup, so she had to be pretty sore, too. Hopefully, Rachael has recovered from that crash landing, but judging by tonight's online reaction, it's going to take a lot for Bachelor Nation to fully accept her again. That is, if they ever do.