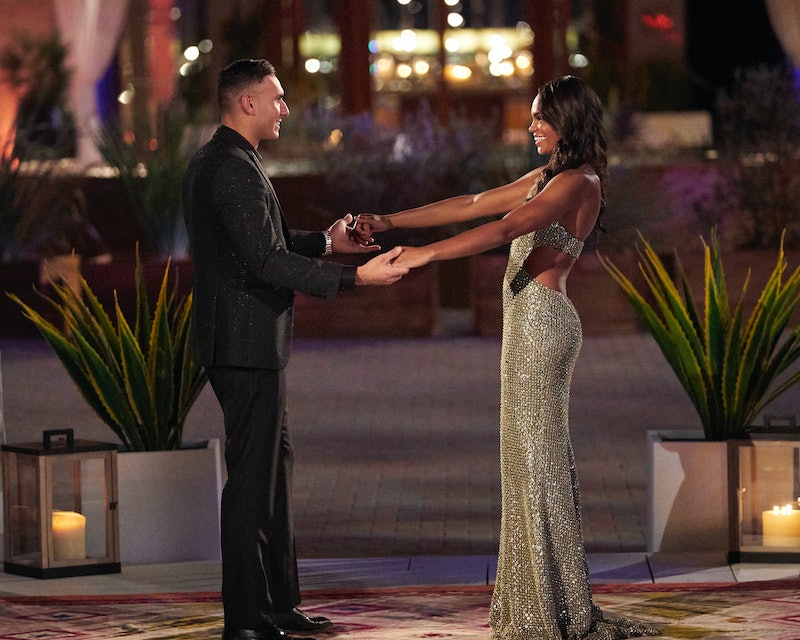 How do you spell “dramatic”? Well, tonight we learned it’s P-E-T-E-R. That’s right, everyone’s favorite pizzapreneur spent the beginning of the Oct. 26 episode of The Bachelorette flaming out on a group date. This date leaned into Michelle’s occupation as a teacher, sending the men back to elementary school. Seated in tiny desks, the men were made to answer several grade-school level questions involving math, chemistry, and spelling, ultimately revealing which men could take a joke and which couldn’t. Not to give anything away, but Peter was one of the ones who definitely couldn’t.

The actual inciting incident for Peter’s meltdown came during the spelling portion of the group date when the men were asked to spell the word “narcissist.” Taking the opportunity to poke a little fun at Peter, fellow contestant Will decided to answer by writing Peter’s name. This ultimately led to Peter throwing a tantrum worthy of the elementary school classroom in which he was sitting.

It’s also worth mentioning that throughout the date, the show made it seem as though Peter was zealously vying for Michelle’s attention, much to the chagrin of his fellow contestants and the child judges sitting in on the date.

Audiences couldn’t help but notice how heated Peter got after some gentle ribbing.

Some fans also couldn’t help but notice that for someone who seems to object to being labeled a narcissist, Peter certainly seemed to display narcissistic qualities.

Peter’s unraveling came to a breaking point during the night’s cocktail party once he confronted Will. Peter informed the Michigan resident that he took offense to the “narcissist” comment, quickly escalating the conversation into a bitter argument complete with bulging neck veins and abrupt hand gestures.

Michelle, the consummate mediator that she is, pulled Peter aside later that evening to ask him about what went down. Peter informed Michelle that he found Will’s joke to be “completely uncalled for and disgusting behavior.” She then gave Peter the space to calm down until he was ready to return to the party, but it appears he’s already damaged his reputation with the other men, as Peter was referred to as an “insecurity supernova” by Chris G. Only time will tell if that galactic anger will flare up again.