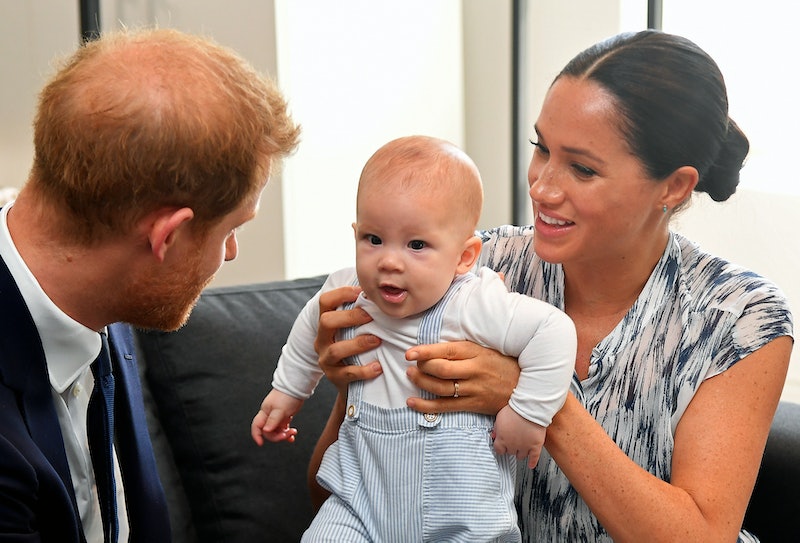 Every moment of Meghan Markle's interview with Oprah Winfrey contained major revelations about her life as a senior working member of the royal family. But one of the most chilling reveals arrived when Meghan spoke about how race impacted the treatment of baby Archie prior to his birth. The Duchess of Sussex opened up about conversations that occurred during her first pregnancy between Harry and members of the royal family about her unborn son. These included negotiations regarding his official title, security detail (or lack thereof), and even the potential color of his skin, Meghan revealed.

"They didn't want him to be a prince or princess," the former senior royal, who is currently expecting the couple's second child, shared. "He wasn’t going to receive security. It was really hard. He wasn’t going to receive security," she repeated, adding, "This went on the last few months of our pregnancy … If you’re saying the title is what’s going to impact their protection … Our son needs to be safe especially amid the media attention." Meghan went on to say that there was "no explanation" nor "version" of events that would justify a lack of protection for Archie.

"I heard a lot of it through Harry and then other parts through conversations with family members," the duchess went on to say, explaining, "If [the title] meant he was going to be safe, then of course [it mattered]. The idea of our son not being safe and the idea of the first member of color in this family not being titled in the same way that other grandchildren would be…" Meghan said, pausing before adding, "It’s also not their right to take it away." She even asserted that Buckingham Palace "wanted to change the convention [of titles] for Archie."

Another point of contention for Meghan was the post-birth public photo-op that typically follows the birth of a royal child. "I was very scared of having to offer up our baby [for the traditional post-birth photo at the Lindo Wing] knowing that they weren’t going to be kept safe," Meghan said of how a lack of security would impact her and Harry's comfort level. (The couple ended up foregoing a Lindo Wing photo session in favor of a more intimate debut at Windsor Castle's St. Georges Hall two days after Archie's birth.)

Oprah then asked Meghan about her suspicions for why the Firm didn't want to make Archie a prince. "Do you think it’s because of his race?" the host asked, leading Meghan to emit a large sigh.

"I can give you an honest answer," she began. "In the months when I was pregnant, all around the same time, so we have in tandem the conversation of he won't be given security, he's not going to be given a title, and also concerns and conversations about how dark his skin might be when he's born."

"What?" Oprah asked. "Who is having that conversation with you? What?"

Meghan divulged that "there were several conversations" before Oprah asked, "about how dark your baby is going to be?" The duchess agreed, adding, "Potentially and what that would mean and what that would look like." As for who was having those racist conversations with Harry, she replied that it "would be very damaging to them" to reveal their identity.

Ahead, some of the most shocked reactions to Meghan's revelations about the royals' treatment of Archie pre-birth: