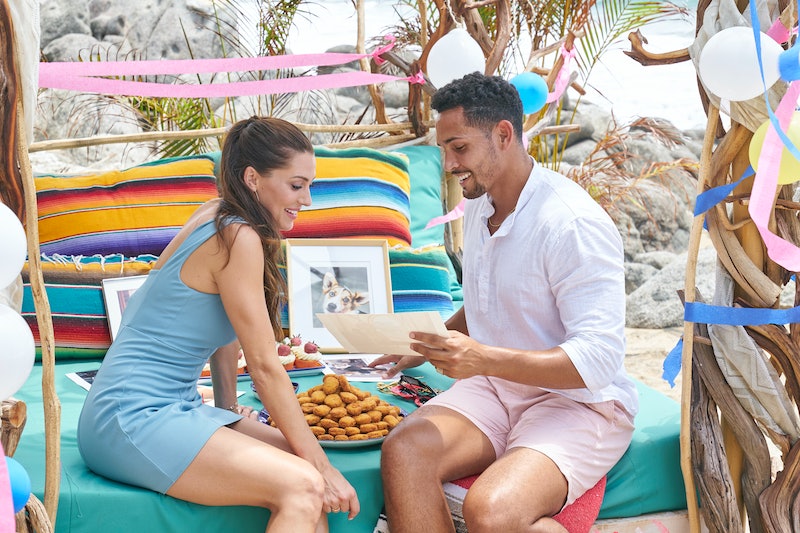 Another Bachelor in Paradise couple didn’t make it through the home stretch. Becca Kufrin and Thomas Jacobs split right before overnights during the Season 7 finale, and their breakup was truly one of the most dramatic in franchise history. Shockingly, it even made viewers fans of Thomas.

Thomas’ BiP entrance was immediately met with controversy, fueled mainly by castmate Aaron Clancy, who told the rest of the group about Thomas’ infamous run as the villain during their time on Katie Thurston’s Bachelorette season. Aaron both solo and in a group, confronted Thomas on various occasions during the season, including after Thomas made out with Tammy Ly, a contestant Aaron was coupled with at the time. The altercation led Tammy to give her rose to Thomas, but Aaron stayed on the show thanks to the rose of newcomer Becca, a former Bachelorette who ended her season engaged to Garrett Yrigoyen.

In the following episode, Becca took Thomas on a one-on-one date, and at the next rose ceremony, Thomas chose Becca over Tammy, who was sent packing on her birthday. Thomas and Becca’s relationship was smooth-sailing after that, with them even going to the ’80s-themed prom together. But all good things must come to an end.

During the season finale on Oct. 5, a cheery Thomas pulled Becca aside to discuss plans for the upcoming Fantasy Suites. He told her, “My cards are fully on the table.” Becca, however, was playing a different game entirely. She said she mostly wanted to “get a nice tan” and “make some friends” in Paradise, not thinking she’d meet someone. Seemingly out of nowhere, Becca started telling him familiar vague breakup lines. “Sometimes it’s too good to be true and that scares me,” she began, adding, “I’ve been here twice now before I don’t feel OK leaving with someone that I don’t fully know.”

“I think what’s best for both of us is to not continue,” Becca decided. Thomas, who at this point was crying, couldn’t believe they were “throwing off a potential life because it’s so good” and left. Becca ran after him to give him a goodbye hug as he begged, “Just let me go.”

Bachelor Nation fans were in shock and some even landed firmly on Team Thomas.

All that said, the two have been posting photos of each other since filming wrapped, even leaving flirty comments on each other’s accounts. On Sept. 30, a day after the prom episode aired, Becca posted their pics on Instagram. “Yo Tommy, wanna sneak into the principal’s office?” she captioned her photo dump.

The tail-end of the BiP finale also brought an important development: They’ve since picked back up and are dating again, so it looks like Becca didn’t let him go after all.