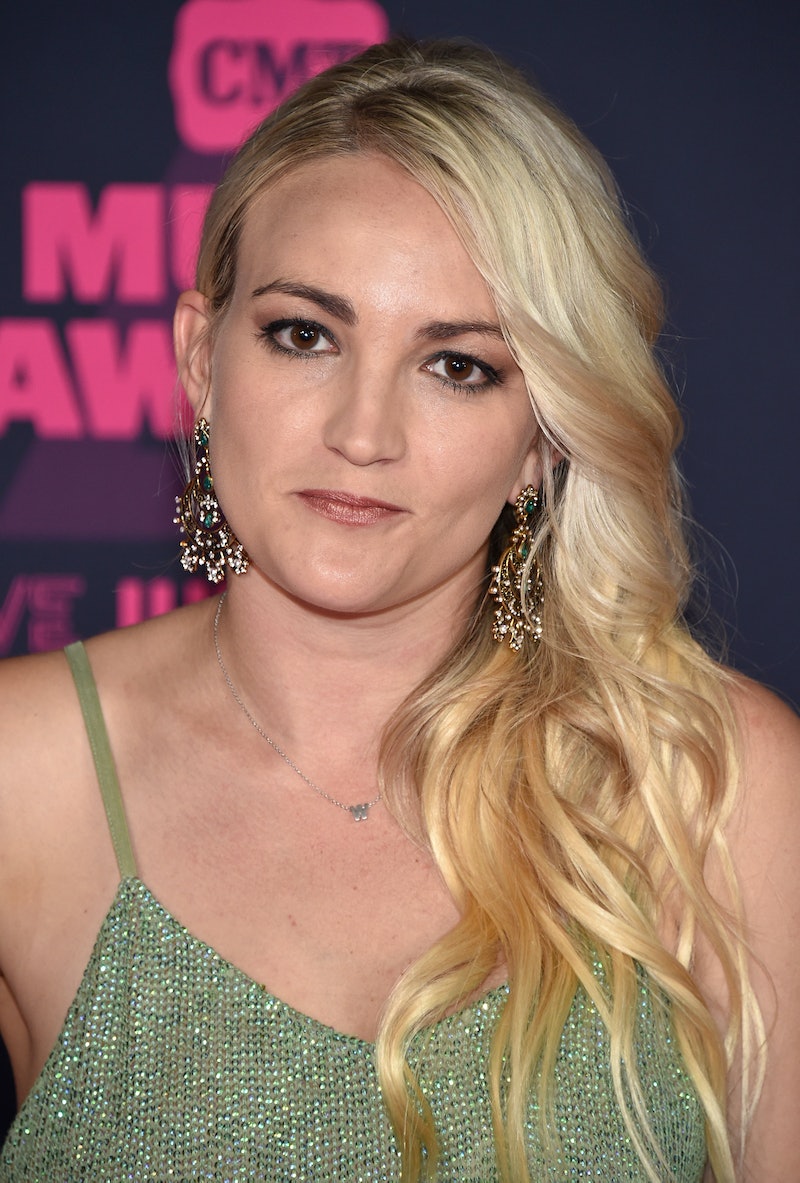 Jamie Lynn Spears announced her upcoming memoir early last week, but it seems that things already aren’t going as planned. After revealing that a portion of the proceeds from the tell-all would benefit a nonprofit mental health charity called This Is My Brave, the organization said that they would not be accepting any donations from the former Nickelodeon star as a show of support for her older sister, Britney Spears.

Jamie Lynn announced the book, Things I Should Have Said, on Instagram on Oct. 11, and she was clearly excited to share her story. “I can’t believe I finished writing my book!!!” she wrote alongside an image of the cover, adding that the project has “been in the works for quite a longggg time now.” The memoir comes at an interesting time; Britney is in the thick of a legal battle to end her 13-year-long conservatorship and has publicly called out her family for not doing “a goddamn thing” to help her out of the “abusive” legal arrangement.

Upon her announcement, fans pointed out that Worthy Publishing first announced Jamie Lynn’s book on its website in July under the title I Must Confess — aka a lyric from her sister’s breakout hit, 1998’s “...Baby One More Time.” The publishing company stated the title was “erroneously released online,” but that didn’t stop Britney from posting an Instagram caption perceived by fans as major shade. “I’m thinking of releasing a book next year but I’m having issues coming up with a title so maybe my fans could help,” wrote the pop princess on Oct. 13. “Option #1 … ‘Sh*t, I really don’t know’ Option #2 … ‘I really care what people think’ !!!! What do you guys think ????”

In July, Britney hinted that her relationship with her younger sister was strained. In an Instagram post describing how her conservatorship has “hurt [her] deeply,” she spoke about how her family has let her down, including Jamie Lynn. “I don’t like that my sister showed up at an awards show and performed MY SONGS to remixes,” she wrote, referring to her sister’s 2017 performance at the Radio Disney Music Awards. Later that month, they began to throw subtle shade at each other on social media.

While it remains unclear if Jamie Lynn’s upcoming book will address her relationship with Britney, the 30-year-old actor and musician did say that the tell-all will dive deep into her mental health. “This process challenged me to have to be painfully honest with myself, and face a lot of hard things, that I normally would have just glossed right over, like I was taught to,” she wrote. “I know I still have ALOT of learning to do, but I feel like finishing this book gave me closure on this ‘30 year long’ chapter of my life, and hopefully helps anyone else out there who forgot their worth, lost their voice, or is trying to break an unhealthy cycle.”

Spears closed out last week’s announcement by revealing that a portion of the proceeds would go to This Is My Brave, an organization that was “doing amazing work” to support those struggling with mental health. However, Britney’s fans immediately called for the organization to refuse the donation in light of everything. On Tuesday, Oct. 19, they made it clear that they stand with Britney. “We heard you. We’re taking action” This Is My Brave wrote on Instagram. “We are deeply sorry to anyone we offended. We are declining the donation from Jamie Lynn Spears’ upcoming book.”

According to People, a source close to Jamie Lynn said she was “totally blindsided” by the organization’s refusal of her donation. “Unfortunately with them backing out, they are essentially saying that one person's mental health struggles are more valid and important than another,” said the insider. “They took a clear stand on whose story they thought had more value to them. Seems their actions don't align with their mission of supporting all voices.”

“Jamie Lynn has suffered abuses in her life as well and that's what people aren't understanding — she has her own things she's gone through,” continued the source. “She can't help that she's Britney's little sister. Her life is only spoken about in relation to her family even though she has also been dealing with mental health issues for the better half of her life. This just reinforces the entire trauma — that her story doesn't matter.”

More like this
Khloé Kardashian Is Reportedly Dating A Private Equity Investor She Met Through Kim
By Jordyn Tilchen and Jake Viswanath
How To Apply For 'Survivor' & Tips On How To Get Cast
By Meg Walters
Here’s Everything You Need To Know About Operation London Bridge
By Bustle UK
10 Photos Of William, Harry, & Their Cousins Honoring The Queen Together
By Stephanie Topacio Long
Get Even More From Bustle — Sign Up For The Newsletter