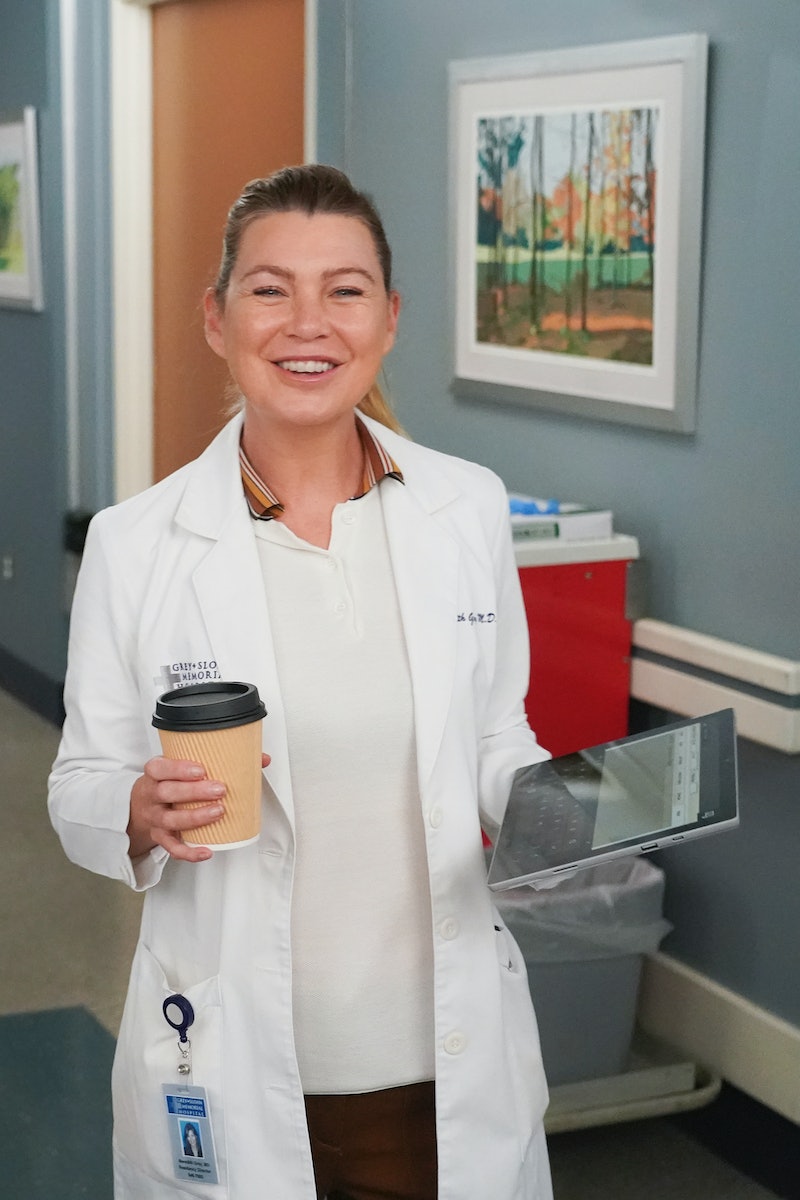 Spoilers ahead for the Grey's Anatomy Season 18 premiere. For the second year in a row, Grey’s Anatomy kicked off its season by bringing back a blast from Meredith Grey’s past. Although the return of former guest star Scott Speedman’s Nick Marsh in the Grey’s Season 18 premiere didn’t quite pack the same punch as Derek’s epic comeback last season, the character is sure to shake up Meredith’s (Ellen Pompeo) love life in a major way. After all, Deadline revealed Speedman had joined the ABC medical drama as a series regular, while the Sept. 30 episode was still airing.

Meredith met Nick, a Mayo Clinic transplant surgeon, in a Season 14 episode when he visited Grey Sloan Memorial to retrieve a liver for one of his patients. While there, Nick — a kidney transplant recipient himself — collapsed in the hallway. Meredith discovered him and surgically removed a blood clot, thus saving his life. Given the heavy flirtation and intense chemistry between Meredith and Nick, fans clamored for him to return as Dr. Grey’s love interest. It might have taken a couple years, but it seems like they’re finally getting their wish.

In Season 18’s “fictional post-pandemic world,” Meredith spots Nick on a date in a Minnesota restaurant, where she was dining with David Hamilton (Peter Gallagher), the neurosurgeon who’s trying to recruit her to run his lab for experimental Parkinson’s surgery. In a subsequent scene, Nick enlists an employee to direct Meredith to his table at a hotel bar, where the pair have a quick, flirty catch-up session.

During their chat, Meredith reveals that she’s in a relationship, before correcting herself and explaining that she’s no longer seeing the man because his son had an issue with them dating. (It’s later heavily implied that Cormac “McWidow” Hayes (Richard Flood) is the man Meredith had been dating.) Regardless, she makes clear to Nick that they won’t be sleeping together, and she remains firm in that even when he walks her back to her hotel room and they share a sexually tense goodnight at the door.

“I’ll just say that I think the romantic comedy aspect of things was interesting to me,” Speedman told Deadline after the episode aired, adding that the role reminded him of his Felicity days. “I knew Ellen could handle that, and I knew I could do that, and that was fun for me.”

Grey’s showrunner Krista Vernoff hinted in the same Deadline interview that the budding romance could potentially move to Seattle, despite Meredith being courted for the Minnesota gig. “He works full-time in Minnesota, but we’ve established he’s a traveling surgeon, as well. He’s a traveling transplant surgeon. He goes to pick up organs, and things, and he’s got his whole life, and she’s got her whole life, and we’ll see what happens,” Vernoff said.

As for whether or not Meredith and Nick will be endgame, the jury is still out, as speculation that this will be the final Grey’s season continues to ramp up. “He’s here for this season, and that’s what we know right now and what we’re saying,” Vernoff added, also cautioning fans not to necessarily count Hayes out either. “I think that she and Hayes had begun to connect, clearly, toward the end of last season, and he’s a father first, and he’s a widow, he’s a far more recent widow, and I think there is beautiful complexity to be had in Meredith, once again, having two men for whom she has feelings. I think that it’s all in the timing, and more will be revealed.”

More like this
A New 'And Just Like That' Table Read Pic Confirms A Key Character's Return
By Jack Irvin and Grace Wehniainen
'Grey's Anatomy's New Intern Got Advice From Dr. Bailey Herself
By Grace Wehniainen
Nicola Coughlan Shared A Lady Whistledown Excerpt From ‘Bridgerton’ Season 3
By Grace Wehniainen, Alyssa Lapid and Sam Ramsden
Everything To Know About 'RHONJ' Season 13
By Brad Witter and Jake Viswanath
Get Even More From Bustle — Sign Up For The Newsletter