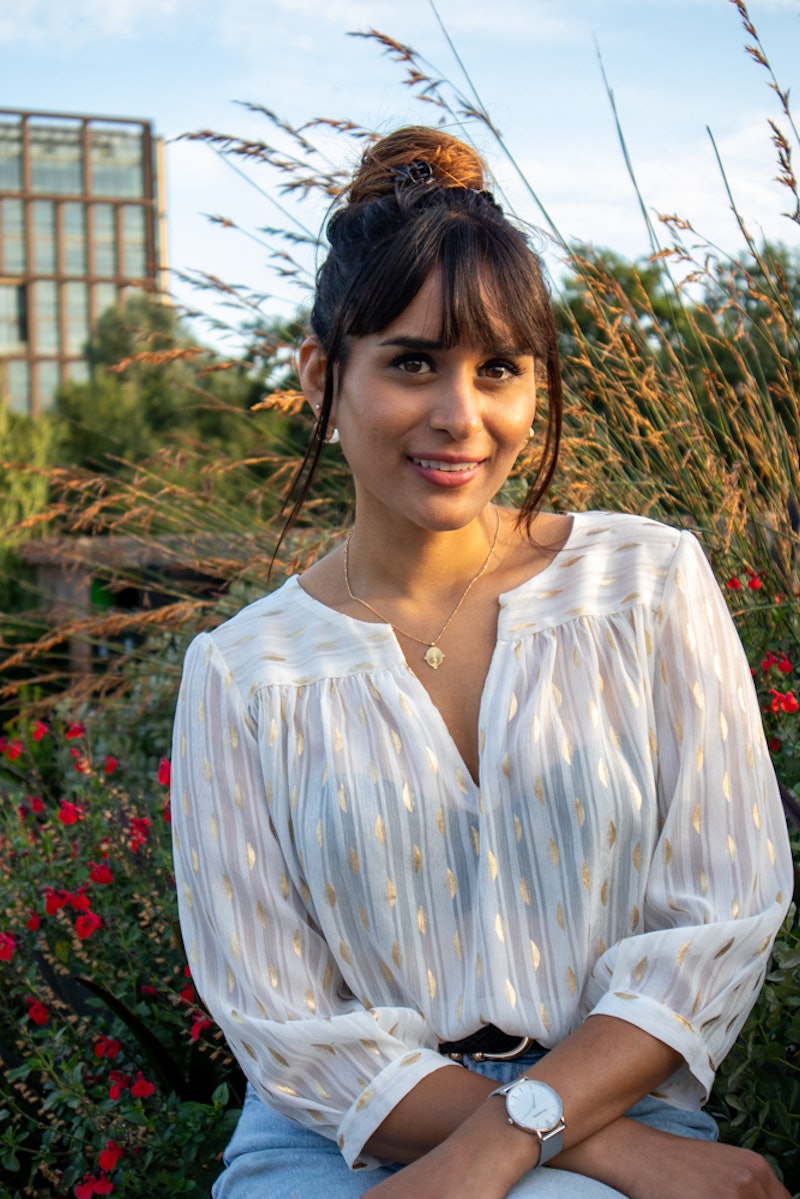 When Jyoti Patel couldn’t see her world reflected in the books she was reading, she decided to create it. The 28-year-old author from London also sought backing from Stormzy, entering and winning the #Merky Books New Writers’ Prize in 2021, which aims to discover unpublished, underrepresented writers aged 16 to 30 from the UK and Ireland.

“It meant everything,” she says, of the win. “When you’re younger, and don’t see yourself represented in the books that you’re reading it really impacts the way you see yourself, and the books you’re allowed to write.”

Patel entered the competition with an extract from her upcoming debut novel, Six Of One, which was selected from 2,000 submissions by a panel that included Stormzy, Emma Dabiri, Candice Brathwaite, Guz Khan, and Katarina Johnson-Thompson. Patel now has a publishing contract with the #Merky imprint, and her book is due to be published in January 2023.

Written from the perspectives of a mother and her son, Six of One is a meditation on grief and hope. “I know it’s a cliche, but I wrote it for me because I wanted to immerse myself in a world where I felt like I could recognise things,” Patel explains. “The characters grow up in North West London, near where I grew up, and there’s such a clash of Gujarati culture, which is something I experience.”

Alternating between past and present, the dual-narrative follows the character of Nik, as he starts to ask his mother, Avani, about the circumstances under which his father died. This unlocks fear and trauma that Avani has been carrying for longer than she realises.

“While exploring this tragedy within the family I also wanted to dig deeper into what it means to be a person of colour in Britain today,” says Patel. “Nik is mixed race, so I explore how people are racialised, and how his experience, as an 18-year-old in post-Brexit Britain, is different to how Avani grew up as a British Asian in ’80s London. I wanted to look into whether we’ve moved forward, and how.”

This wider theme is explored elsewhere in Patel’s work, too. After she won the #Merky prize, she published her short story, Break, commissioned by WePresent, the digital arts arm of WeTransfer, for its Literally series.

In essence, Break tells the story of Tara, who is repairing a pot from her childhood through the Japanese art of kintsugi: mending the breakages with lacquer, dusted or mixed with powdered gold, silver or platinum.

“As an art form, kintsugi is stunning, but it’s the philosophy that really got to me,” says Patel. “Seeing the things that break us in life as the things that make us beautiful just kept coming back to me. By the time I was approached to write Break, I knew I wanted to write something that transcribes that art form into the human experience.”

As Tara pieces together her pot, the reader learns about the addiction, maternal ambivalence, and family tragedy in her past that has made her the person she is today. “It’s a story of how to find beauty in brokenness,” says Patel.

Below, Patel talks to Bustle about the pressure to succeed after winning the #Merky prize, writing from a place of truth, and why her community is so important.

On how to find your voice

I don’t think I found my voice until last summer. I’d been writing for years, and this book had a hodgepodge of different voices in it. But it wasn’t until I wrote from a humble place, where I wasn’t trying to be intelligent or flowery, that I found what felt right.

I was writing a chapter in Six of One where Avani is looking out over the River Ganges in India. She’s thinking about her son, her fears, and the fact she’s had to pour her mother’s, husband’s, and father’s ashes into this holy river. I immediately knew that was my voice. I’d come back to that chapter every time to remind myself.

That was the chapter that I submitted to the #Merky Books New Writers’ Prize, and I won.

On writing about trauma and grief

Being South Asian and specifically Gujarati, we don’t have the words in our language for things like trauma, depression, or big mental health issues. They’ve been erased from our experience, so I think it’s so important to write stories that show all manner of human beings going through these experiences that affect everyone.

A friend who’s read all of my work once said: “All of your characters are so different. They come from different parts of the world. But the thing that unifies your work is an interrogation of trauma, grief, and breaks in family units.” You can be both within and outside a family, and I think that brings a particular form of pain, which is so hard to talk about.

On the pressure to succeed after a big win

Break was the first piece of writing I had published off the back of winning the #Merky Books Prize. So, getting out of my mind, and ignoring all of the expectations of people who knew I’d won the prize, and the pressure of filling those shoes was so intense.

I combatted this by just writing from the heart. I decided I was going to write something that was authentically me. My writing is always quiet. There’s never ships burning, or people dying. I wanted to be true to my work. Write for yourself, and what feels truthful to you.

On the importance of having a community

Writing has always been private, it’s something I’ve done so much of, but even the people closest to me didn’t realise how much it meant to me. It’s just you and the page. So, being able to have friends who you can talk to about books and writing for hours means a lot.

I did a Masters and came out of it with such a close group of friends, we still meet for workshops every two weeks. Having people you trust, who won’t try to impress how they’d write your story, is crucial.

The reason I write is for connection, so I’m also really excited to look at the work that I can do to help writers from underrepresented backgrounds. It’s important to me that this door has been opened, and I want to keep it open.