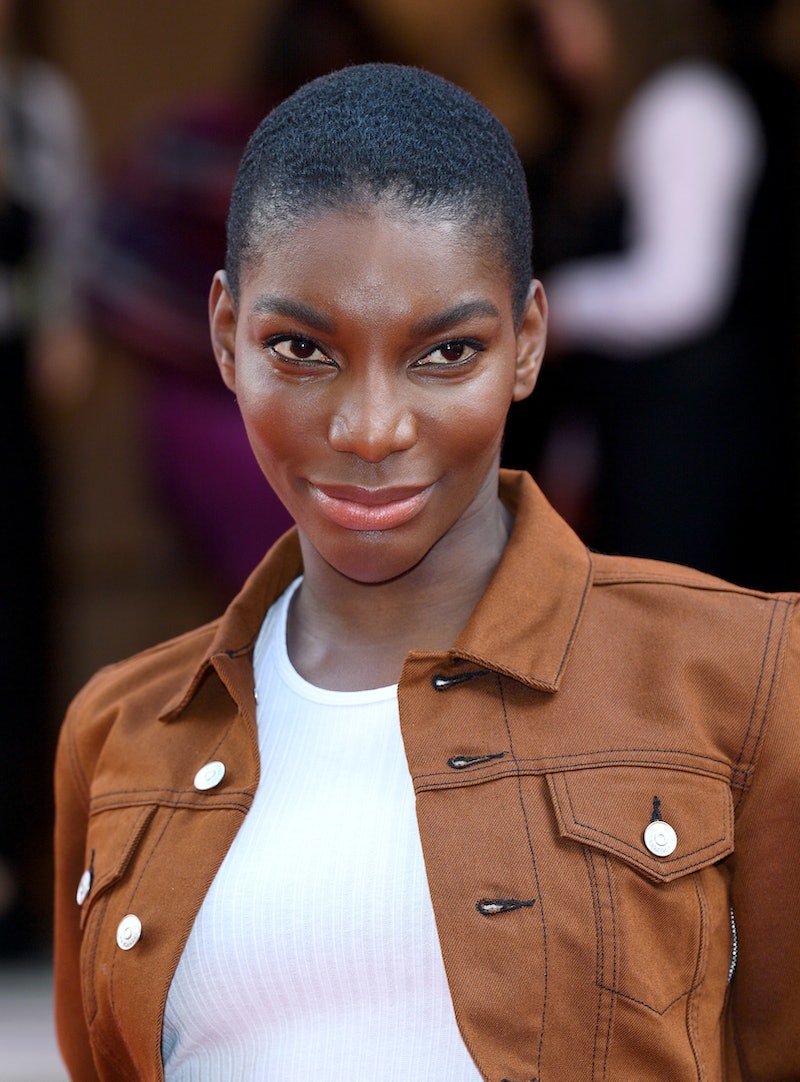 Michaela Coel’s I May Destroy You was one of the biggest winners at this year's Royal Television Society (RTS) Programme Awards, with judges hailing the series as “nothing short of electrifying”. In her powerful thank you speeches, Coel dedicated her wins to campaigner Tarana Burke, who pioneered the #MeToo movement, and Black women generally.

Via video link, Coel delivered three powerful acceptance speeches, and used the platform to acknowledge the work of others. “Sexual assault is at the forefront of public discourse,” Coel said. “I suspect [Burke’s] bravery and resilience may have contributed to the bravery and resilience I mustered to write these scripts, that broadcasters and producers mustered up to support me wholeheartedly through an unusual and difficult process.”

The BBC drama — which was written, co-directed, and starred Coel herself — took home three trophies on the evening, including best actress, mini-series, and writer. The BBC One series, which aired last year, was celebrated for its “brave, poignant and highly original” storytelling. Set in London, I May Destroy tackled challenging themes of sexual assault, inspired by Coel’s own experiences. The show’s Golden Globes snub was highly commented on, but RTS judges praised it as one that will “be discussed for years to come.”

In her speeches, Coel also thanked viewers for their “bravery and resilience” to take in her show and “finally recognising their own trauma.”

She also dedicated her win to Black women, and the “visible” Black women, such as Marianne Jean-Baptiste, Wunmi Mosaku, and Sharon Duncan-Brewster, all of whom inspired her to pursue her career. “What a privilege it is the be on the same list as Glenda Jackson and Daisy Edgar-Jones,” she continued. “We are in solidarity and I hope to work with you one day.”

Coel also thanked her entire cast and crew who helped replace “quite painful memories in my life with beautiful ones.”

Other winners on the night included Big Narstie and Mo Gilligan, who won award for ‘Entertainment’ for The Big Narstie Show, Gbemisola Ikumelo took home ‘Female Comedy Performance’ for Famalam, whilst Shaun Parkes was recognised as male actor for his role in Steve McQueen’s Small Axe. ITV’s Loose Women took home the award for daytime program, while BBC’s In My Skin won the drama award.

More like this
Rhys Ifans Has A Good Reason For Keeping His Love Life On The DL
By Maxine Harrison
'House Of The Dragon’s Theo Nate Is A “Massive” 'GoT' Fan
By Maxine Harrison
DJ Tyler West Is Probably Safe From The “Strictly Curse”
By Maxine Harrison
Bimini, Tia Kofi & More React To Cherry Valentine’s Death
By Catharina Cheung
Get The Very Best Of Bustle/UK