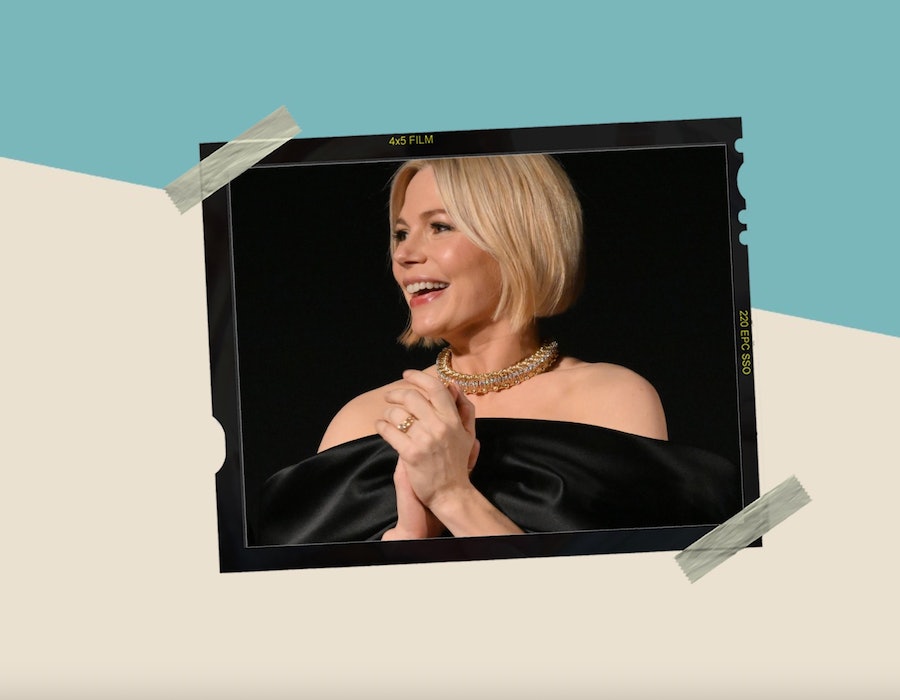 Michelle Williams is embodying the role of multidimensional mother, both onscreen and off. In Steven Spielberg’s loosely autobiographical The Fabelmans, Williams plays the free-spirited Mitzi Schildkraut-Fabelman, an analogue for the director’s mother and a talented concert pianist who puts her career aside to start a family. Emotional and spontaneous to a fault, Mitzi is the artist of the family, though her encouragement of her son’s filmmaking aspirations has an undercurrent of sadness for her own dashed dreams.

It’s emotional territory in which Williams thrives: She won an Emmy in 2019 for her complex portrayal of Gwen Verdon’s struggles to balance her career, her marriage, and motherhood in FX’s Fosse/Verdon. Though Williams is stepping out at screenings and on red carpets as The Fablemans embarks on an Oscar campaign, she had her third child mere weeks ago. On the other end of the line when we speak, I can hear a baby cooing in the background. Motherhood still calls.

Below, Williams talks to Bustle about the lessons of marriage and parenthood, and the difficulties of playing your boss’ mom.

I read that Spielberg envisioned you as Mitzi since seeing you in Blue Valentine. What was it about that performance that proved to him that you were right for the role?

I really cannot imagine. I’m still flabbergasted that he wanted me to play his beloved mother.

In a lot of the movie, Mitzi is parenting a teenager, which is definitely not an easy task. There's one scene that stuck with me where you and the actor playing Sammy have an explosive argument. Did your experience parenting a teenager inform that scene at all?

You mean where I hit the kid? No. Definitely not.

When you were arguing and yelling back and forth.

That was an incredibly hard scene to film for Steven. It’s a really painful memory for him, for [his mother], and for his portrayal... It’s a difficult scene for him and for the memory of her that he is trying to honor with this film. To make a movie that honors your parents and doesn’t expose them in a light that you don’t want them seen in, that’s a really delicate balance.

What did playing Mitzi teach you about motherhood?

To laugh as often as possible.

One thing The Fablemans does really well is showing how when you watch your children grow up, they’re also watching you back. What have you learned about yourself through your children’s eyes as a mom?

I learned more about how to love myself. I have said before that when I had my daughter, I knew how much I would love her and I never imagined what her love for me would feel like in return.

Mitzi has some things in common with another one of your recent roles, Gwen Verdon in Fosse/Verdon. She’s also a very gifted artist who’s trying to live a self-actualized life at a time when that’s not really available to women. Are you drawn to these types of roles, which center on this kind of domestic distress?

I don’t know if it’s really even distress so much as an incredibly interesting puzzle to assemble with people around a family table. We are liberated to work outside of the home, but we aren’t liberated from our attachments to our children. And so, how can we try to exist in both worlds and also have something that’s private and ours completely? It interests me. I love it when other people share their experiences of how they’ve made that work, and so I’m always grateful for a little bit of learning in how to find that balance.

You’ve also played so many women who have struggled in marriage. What has that taught you about marriage?

It’s such a person-to-person relationship. It’s all about who you’re in the relationship with. My learning about marriage is really just something that happens between me and my husband, because it’s so much how two energies bounce off of each other, I think.

Mitzi says at one point that “movies are dreams that you never forget.” What does that mean to you?

The first thing that I think of is seeing Empire of the Sun when I was a little bit too young for it. Especially what we see in childhood, there’s fruit later in our lives, because we’re forming and formative, so what passes through a child at that age, I love to pay attention to it. I love having children because I love thinking about what I can infuse their childhoods and their experiences with that will turn into their memories.

More like this
At 28, Rosie Perez Risked Her Career To Stop Playing Stereotypes
By Gabrielle Bondi
At 28, Debra Jo Rupp Was Living A Much Different '70s Show
By Grace Wehniainen
'Bling Empire: New York’ Star Dorothy Wang Wants To Try 'The Simple Life'
By Alyssa Lapid
'That '90s Show' Star Callie Haverda Got Advice From Mila Kunis & Ashton Kutcher
By Brad Witter
Get Even More From Bustle — Sign Up For The Newsletter
From hair trends to relationship advice, our daily newsletter has everything you need to sound like a person who’s on TikTok, even if you aren’t.