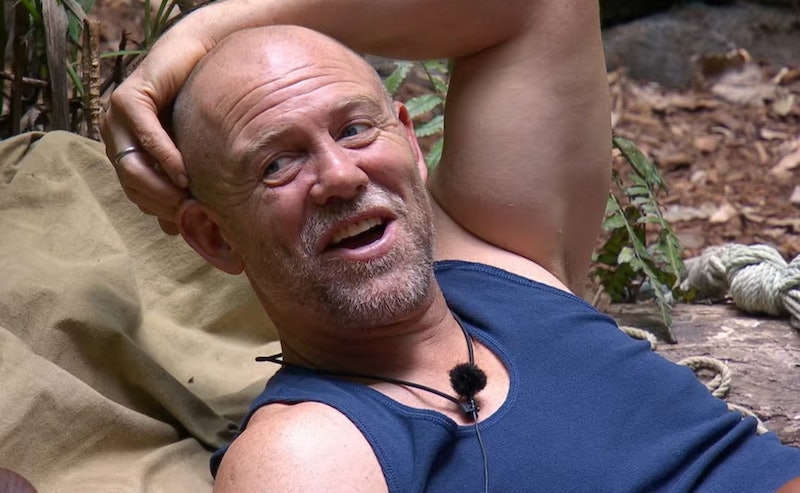 From the unlikely (and slightly nightmarish) vision of Matt Hancock doing the electric slide to full-blown revolt over a hammock, the 22nd series of I’m A Celebrity… Get Me Out Of Here! contained its fair share of memorable moments. As well as hosting a serving MP steeped in controversy, the long-running reality show – which puts celebs through a series of retch-inducing Bushtucker Trials – had a royal family member in its midst.

While anybody hoping to witness future king Prince William munching on a kangaroo’s most questionable bits was sorely disappointed, Mike Tindall — the husband of King Charles’ niece Zara Phillips — still brought his fair share of revelations to telly’s most famous jungle. The former rugby player finished in a respectable fourth place, and his wife Zara surprised him at the end of the bridge.

From his unexpected rapping prowess and his first meeting with Zara to the time he flashed Princess Anne, read on for Tindall’s biggest revelations during his I’m A Celeb journey.

He Ripped His Trousers In Front Of A Senior Royal

Ah yes, the trusty sl*tdrop. The old bend-and-snap is an absolute dance-floor signature for everyone from Christina Aguilera to Geordie Shore’s Sophie Kasaei… and also former rugby player Tindall, it turns out. Discussing some of his go-to routines, the TV personality told campmates that he’s a big fan of getting down low, though one particularly enthusiastic rendition left him bare-boxered in front of a certain Royal. At his wife Zara’s 30th party, a disco-70s themed ‘do, he was dancing with his mother-in-law Princess Anne when he plunged into a sl*tdrop. Unfortunately he tore his trousers, exposing a pair of boxers bearing the words: “Nibble My Nuts.” To which Anne replied: “I’d rather not!”

His Youngest Child Was A Surprise Home-birth

Tindall revealed that his youngest son Lucas was delivered via a home birth — at Princess Anne’s home in Gloucestershire, to be exact. "As we got our stuff to go to hospital, she [Zara] got out of the bath, she could barely stand, she was shaking,” he said. "The midwife was like 'she's not making the hospital.’ She was like, 'you don't want to be delivering in the car.’”

In response, he quickly fetched two gym mats, and Lucas was safely born shortly afterwards. “It was fast though, from that moment. She almost choked me to death,” he added of his wife’s labour pains. "You can't say anything can you? 'Can you let go, you're really hurting me?'"

Rugby fate brought him and Zara together

They say that everything happens for a reason — and it turns out that Tindall getting dropped from England’s World Cup squad mid-tournament led him to meet his future wife back in 2003. “I was at the World Cup, she was out [in Australia] watching,” he said. “I got dropped from the semi-final. I was p***** off and so I went for a beer with another guy who got dropped and a guy who was over [in Sydney]. They had met her [Zara] before and they introduced us and then got chatting.”

“Best decision of Clive Woodward’s life,” Tindall then joked, referencing the then-England rugby coach, and former player. Elsewhere, he gave a candid insight into his early days dating a royal, saying that he and Philips first bonded because they "both quite like getting smashed.” For their first date, he added, they “just went out for lunch locally and [it] ended up being quite a boozy one.” Unsurprisingly, the couple later had a vodka fountain at their wedding.

Typically, royals keep their cards close to their chest when it comes to their political views, but protocol didn’t stop Tindall from branding all politicians “f*ckers” on the reality show. “I just think all politicians are f*ckers,” he said. “I mean for them to even have the conversation just because they're all Boris fans that didn't like how Boris was ousted that you won't pick the best person for the job, that just sums politicians up,” he said, referencing the recent Tory chaos over picking a new party leader. Elsewhere, he said that Matt Hancock talks ““bullsh*t, bullsh*t, bullsh*t.”

Insight Into A Royal Christmas

Appearing on Good Morning Britain the morning after the I’m A Celebrity final, Tindall was more than happy to open up about what his famous family may think of his time in the jungle. Revealing he’s expecting to hear about it over Christmas, he said: “Let’s see if some interesting gifts come under the tree. There’s some sense of humour kicking around in the [royal] family, so I’ll wait for some interesting gifts and see how many people were watching.”

Tindal also laughed about the now-famous underpants story, the ones exposed to Princess Anne. He remarked: “I’m pretty sure it’s probably etched into her memory banks for all the wrong reasons, so I’ll probably bashfully hide away from that one when I get home.”

More like this
Turns Out George Clooney Is A Huge Fan Of This Classic British Game Show
By El Hunt
This Pre-'Love Island' Video Of Olivia & Zara Together Changes Everything
By Bustle UK
A New Netflix Doc Will Explore The Unsolved Murder Of Jill Dando
By Sam Ramsden
Twitter Can’t Make Up Its Mind About Ekin-Su’s 'Dancing On Ice' Skate-Off
By Sophie McEvoy
Get The Very Best Of Bustle/UK
Sign up for Bustle UK's twice-weekly newsletter, featuring the latest must-watch TV, moving personal stories, and expert advice on the hottest viral buys.

This article was originally published on November 19, 2022