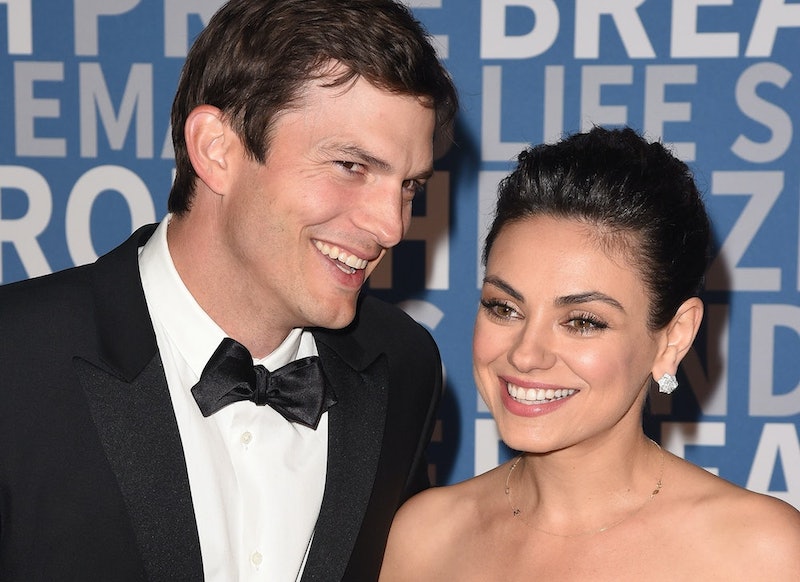 Kunis then shushed her husband and said, “Be quiet! This is the wedding!" When Kotb and Bush Hager told Kunis that it “gets much better,” the Black Swan actor said, “I’m so excited, you have no idea.” Kutcher then quipped that Kunis is “cheating on me with this show.”

The Kunis-Kutcher household is part of 82 million households that tuned into the Shonda Rhimes-produced period drama, according to Deadline. The series, based on the books from author Julia Quinn, recently broke Netflix viewership records last month as the streamer’s biggest original series. Netflix announced Bridgerton’s Season 2 renewal in January in the form of a column from none other than Lady Whistledown (voiced by Julie Andrews in the series).

“Lord Anthony Bridgerton intends to dominate the social season,” the announcement reads. “I will have my pen ready to report on any and all of his romantic activities. However, gentle reader, before you set the comments section alight with requests for more sordid details, know that I am disinclined to report on the particulars at this time.” Production will begin in spring 2021, according to the announcement.

Kunis is not the only celebrity to reveal that she burns for Bridgerton. Mindy Kaling, Gabrielle Union, Jonathan Van Ness, and Drew Barrymore are a few of the famous names who have expressed their love for the period drama.