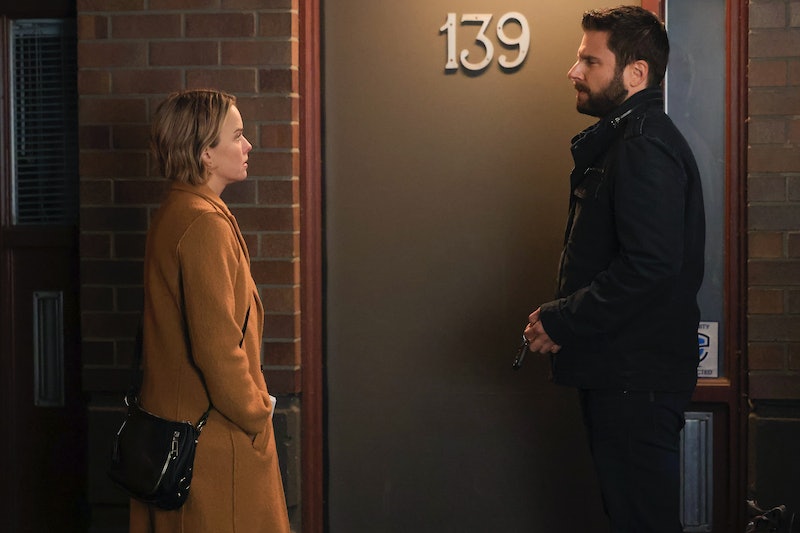 Spoilers for A Million Little Things Season 3, Episode 5. During a routine cancer checkup in A Million Little Things’ March 11 episode, Maggie learned she was pregnant, which seemed to completely shock her. The scene in which the doctor shared the news was brief, so we don’t yet know how far along she is or who the father might be. Most recently, she was sleeping with her roommate Jamie, but there’s a small chance that the father could be Maggie’s ex-boyfriend Gary.

Maggie and Gary broke up in Season 2, Episode 9. We know that more than half a year has passed since then, because Maggie has had two six-month cancer checkups within that time — with the first one coming shortly after her breakup with Gary. If the last time the two were together was when they were still dating, it seems very unlikely the baby is Gary’s, because Maggie doesn’t appear to be very far along. However, it’s possible that the two hooked up and we just don’t know it yet.

Right before Maggie left to go to England, Gary ran to say goodbye to her at the airport. He started to tell Rome the story, saying, “[Things] got really awkward between us earlier, [I] went to the airport to say goodbye—” but Rome cut Gary off before he could explain further. Was Gary going to reveal that he and Maggie had an intimate moment before she left for England?

That meetup was about two months prior to her positive pregnancy test, so the timeline would work. Plus, showrunner DJ Nash hinted to TV Guide that Maggie and Gary’s friendship goes through a lot this season. “Maggie and Gary [are] immediately [going to] be thrown into each other like, overnight, very, very fast. Their love and their supporting each other is tested like never before,” he said. “Anyone who's Team Maggie and Gary is going to be thrilled with the season because we see them love each other and support each other as much, if not more than, they have in the past. Maybe not as a couple right away...”

This could mean a couple different scenarios. One, the baby is Gary’s from some secret rendezvous, and becoming parents brings him and Maggie back together. Or two, the baby is Jamie’s, in which case it still sounds like Gary will be there for Maggie while potentially Jamie might not. When Jamie and Maggie got together, neither of them wanted a serious relationship, and a child makes things pretty serious. If Maggie decides to keep the baby, it seems unlikely that Jamie would stick around — especially now that Maggie is in America, he’s in England, and coronavirus has closed the countries’ borders.

Whether the baby is Gary’s or not, he’s already stepping up for Maggie, and he doesn’t even know she’s pregnant yet. At the end of the March 11 episode, he offered his apartment to Maggie in case she can’t get back to England during the pandemic. If and when he finds out she’s pregnant, it could bring them even closer to the romantic reunion fans have been wanting for over a year.